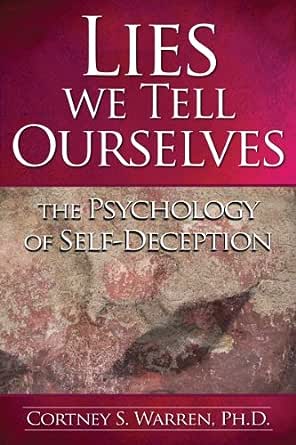 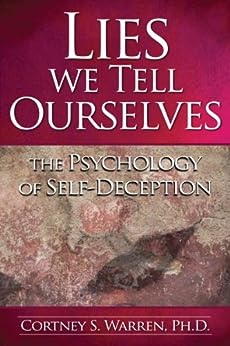 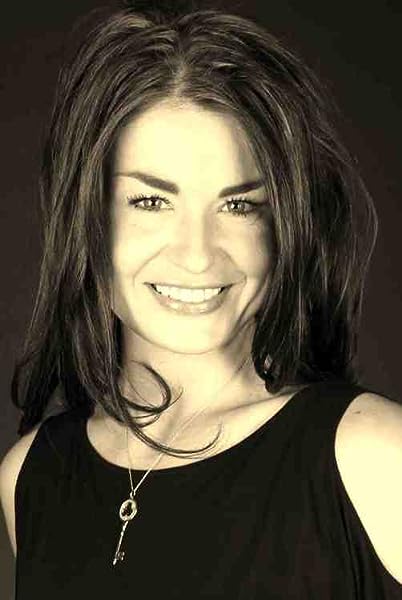 Lies We Tell Ourselves: The Psychology of Self-Deception Kindle Edition

As the child of two college professors, Cortney was raised in an academic environment. In addition to attaining a formal education in the classroom, she traveled extensively, getting a “real-world” education. Before the age of twenty, Cortney had lived in Australia and Argentina and traveled throughout Central America, South America, Russia, Scandinavia, and Western Europe. Exposed to a diversity of cultures and lifestyles from an early age, she was intrigued by the ways cultural and environmental conditions affected the psychological well-being of individuals, groups, and even entire societies. Her interest in psychology and issues of cultural diversity took academic shape as an undergraduate at Macalester College in St. Paul, Minnesota. Under the exceptional mentorship of Drs. Jaine Strauss (Macalester College) and Nancy C. Raymond (University of Minnesota), Cortney developed a strong interest in the cultural components of eating disorders, and undertook supporting research and clinical activities. After graduating magna cum laude from Macalester, Cortney entered the doctoral program in clinical psychology at Texas A&M University to work under the mentorship of Drs. David H. Gleaves and Antonio Cepeda-Benito, who specialize in cross-cultural and linguistic issues in the assessment and treatment of eating disorders. From there, she completed her predoctoral clinical internship at McLean Hospital/Harvard Medical School and joined the faculty at the University of Nevada, Las Vegas (UNLV) in 2006. Through her formal and informal learning experiences, Cortney saw the ways in which we lie to ourselves on a daily basis and the danger that it posed to our emotional well-being. Helping people understand themselves and see their own self-deception became a fundamental part of her clinical practice, research, teaching, and personal way of life. Although Cortney received tenure at UNLV in 2012, she formally retired from academia in 2014 to pursue a career that would allow her more time with her family and more interaction with the general public. As Cortney moves into a new phase of her career, she hopes to use psychological research and clinical observations to help the public live more fulfilling lives by confronting their self-deception. In addition to doing this generally, Cortney plans to address how self-deception contributes to unhealthy eating behavior and negative body image. --This text refers to the paperback edition.

4.3 out of 5 stars
4.3 out of 5
46 global ratings
How are ratings calculated?
To calculate the overall star rating and percentage breakdown by star, we don’t use a simple average. Instead, our system considers things like how recent a review is and if the reviewer bought the item on Amazon. It also analyzes reviews to verify trustworthiness.
Top reviews

JimP
5.0 out of 5 stars Good quick and to the point
Reviewed in the United States on September 15, 2016
Verified Purchase
Difficulty facing ourselves can be a challenge. Lying about ourselves makes it easier. Warren's quick read opens the door and helps us see not only how we've decieved ourselves but also the harm that come from being dishonest with ourselves.
Read more
2 people found this helpful
Helpful
Report abuse

Marie Harris
5.0 out of 5 stars Good Read
Reviewed in the United States on December 6, 2020
Verified Purchase
This was a great book for me. She was clear and direct in her delivery. There were no unnecessary stories or examples to wade through. There are a lot of questions to take time and reflect on. Very helpful book.
Read more
Helpful
Report abuse

Cal Fishkin
5.0 out of 5 stars Great message, easily digestible
Reviewed in the United States on March 22, 2014
Verified Purchase
The book has a quote from Socrates: "An unexamined life is not worth living." If you agree, get this book and let it help you in the difficult process of getting happier. A very easy read that conveys wisdom and psychological expertise in a concise way that you don't have to be an academic to appreciate. This book is a must for anyone ready to get serious about how to live.
Read more
4 people found this helpful
Helpful
Report abuse

JMD
5.0 out of 5 stars I wish I read this book 20 years ago!
Reviewed in the United States on March 24, 2014
Verified Purchase
A quick read that gets straight to the point and grabs your attention right away. So informative and helpful, an eye opener. It is sad how easy it is to sabotage your happiness with lies you believe about yourself, everyone is a victim of that and can make progress after reading this book. I felt like the author was speaking to me directly. I am now confident enough to confront my lies and begin to make positive changes.
Read more
5 people found this helpful
Helpful
Report abuse

Mark R. Burton
2.0 out of 5 stars More a list of ideas than coherent whole
Reviewed in the United States on September 2, 2014
Verified Purchase
The idea of self-deception, how lie to ourselves, why and what the consequences is really important. I wish Dr Warren had taken the time to really build out her ideas. This is more of a Reader's Digest review and so is far less substantial than it could have been
Read more
3 people found this helpful
Helpful
Report abuse

felicin
4.0 out of 5 stars Get ready to change
Reviewed in the United States on March 8, 2020
Verified Purchase
An introspective journey into what we have refused to see from ourselves. Challenging and thought provoking. Get ready to change if you read it!
Read more
Helpful
Report abuse

Richard J
5.0 out of 5 stars Big Truth from a Small Book
Reviewed in the United States on March 22, 2014
Verified Purchase
I usually don't read personal development books but I know this author and had some time one afternoon. I may not have wanted to think about some of the lies I might tell myself, but in a few pages this book did make me think. I am no expert but this book is good.
Read more
6 people found this helpful
Helpful
Report abuse
See all reviews

Nic S
5.0 out of 5 stars Concise
Reviewed in the United Kingdom on July 8, 2020
Verified Purchase
This book is short but focuses entirely on the subject of self-deception. If you want a basic understanding of the way we self deceive then this is a good starting point.
Read more
Report abuse

Ms S E Smith
1.0 out of 5 stars I’d like my money back
Reviewed in the United Kingdom on October 28, 2019
Verified Purchase
Really short. Just a summary/rip off of the book: mans search for meaning - very expensive for what it is.
Read more
Report abuse

Tree Crette
4.0 out of 5 stars Four Stars
Reviewed in the United Kingdom on November 17, 2015
Verified Purchase
Great book, the idea is very interesting. It would be nice if it is a longer version though.
Read more
Report abuse

Shireen Pervaiz
5.0 out of 5 stars Five Stars
Reviewed in the United Kingdom on February 9, 2016
Verified Purchase
Everyone should read this book.
Read more
Report abuse
See all reviews