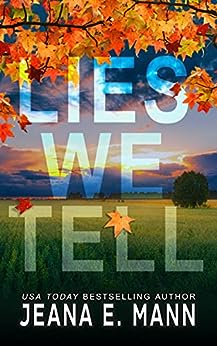 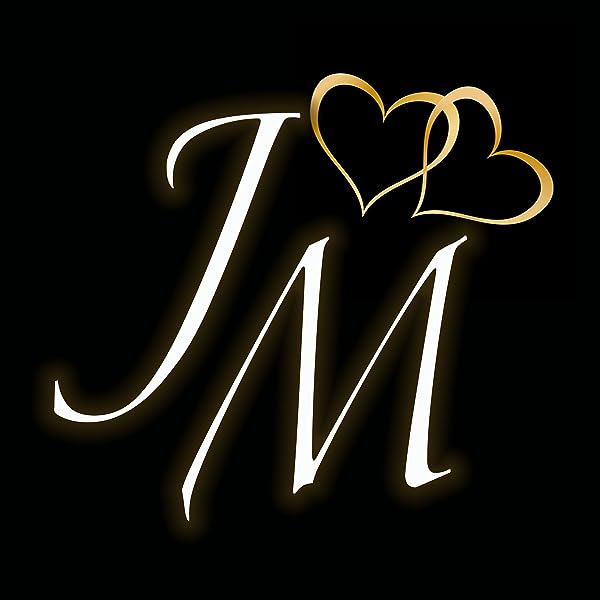 I always love Jeana E. Mann's books and this one did not disappoint. I need more books by her to read. I always get book hangover with her books and then nothing sounds good to read. Now I just need a couple days to sigh and dream of Owen.--LadyViki

The author's keen understanding of the trials of young folk who don't have the family support and guidance they need serves as a cornerstone for her splendid main characters and the tragic but sweet trajectory of their relationships.--Goodreads reviewer

Wow talk about a second chance romance with all the feels and twists...Great work that has you clinging to every page to find out exactly what happened.--Tania's Book Blog

This is an emotional sweet romance that is very interesting and enjoyable. Suspense, intrigue and excitement are some of what you can look forward to in this amazing book! The story is well written with a well-developed, consistent plot. Story is a fast-paced page-turner and will really tug on your heart strings.--Goodreads reviewer --This text refers to an out of print or unavailable edition of this title.

4.4 out of 5 stars
4.4 out of 5
102 global ratings
How are ratings calculated?
To calculate the overall star rating and percentage breakdown by star, we don’t use a simple average. Instead, our system considers things like how recent a review is and if the reviewer bought the item on Amazon. It also analyzes reviews to verify trustworthiness.

Amazon Customer
3.0 out of 5 stars A monster? Hardly! Saintly Love would have been a better title for this book. Three sweet stars.
Reviewed in the United States on May 25, 2018
Verified Purchase
The title is all wrong, because Owen is no monster--he's too good to be true! Although he's innocent, he confesses to murdering his brother to save his girlfriend, Stella-- a possible suspect along with her sister. Eighteen years later and out of prison, he meets up with Stella again and they renew their relationship. He apparently feels no bitterness toward Stella or her sister--the real killer--because he readily forgives both of them when the truth finally comes out. Really? This guy is a saint!

This whole story was too sugary-sweet for my taste. Steamy? No. The sex scenes are pretty tame, just like Owen. I liked the guy, but I wish he'd had more of a backbone when it came to Stella and her sister, Lanie. Anyway, it all culminates in the expected Happily Ever After ending, so it should please readers of sweet romances. I think Saintly Love would have been a better title.
Read more
6 people found this helpful
Helpful
Report abuse

Lisa Hines
4.0 out of 5 stars Review: Lies We Tell
Reviewed in the United States on March 31, 2020
Verified Purchase
Lies We Tell by Jeana E. Mann is a standalone story about second chances at love with someone least expected. We meet Owen and Stella when they first see each other again for the first time in 18 years. A tragedy has happened in their past, we know that much, but the details are slowly fed throughout the story. Stella has her current relationship with Michael. A troubled relationship with her sister. And is working on having the home that was left to her renovated and made livable. Owen was locked up for a serious crime and is harassed by local law enforcement every opportunity they have. Stella tries to deny what is reawakening between her and Owen, but it is pointless. Their chemistry and their anguish is palpable. As the past and the present slowly meet, secrets are revealed and answers about the past are finally given . Well-written and well-paced, as a new fan of Jeana E. Mann I really enjoyed this book. Enjoy!
Read more
Helpful
Report abuse

This is truly second chance, done right! Stella, a foster child, meets Owen, an abused son and brother in a family alcoholics and just plain mean people, in their early teens. They have a connection and romance blooms. But Stella knows it is short-lived, because everyone she loves leaves. One night, Owen's brother turns up dead, and fingers point to either Stella or Owen. Owen confesses to the murder and goes to prison for a long time. Jump ahead 18 years, and Stella is back in town (her foster father left her his house), and is working to renovate it. Owen is out of jail and just happens to be part of the crew working on the house. They are now forced to face their past and the untold stories/secrets.

There was something missing for me, and I can't quite put my finger on it. Owen was a fantastic male character, but I didn't connect with him or swoon over him. Stella also was amazing and grew to be a strong woman. There was some angst and a few moments that made my heart stutter, but I was left wanting a bit more.
Read more
3 people found this helpful
Helpful
Report abuse

Brittany Price
4.0 out of 5 stars Second Chance Romance with a Twist
Reviewed in the United States on April 18, 2021
Verified Purchase
I really enjoyed this book! It was an interesting storyline. It had a twist that made it different from the usual romance books. The chemistry between Owen and Stella was hot! I would love to find my own Owen. I was disappointed with the steamy scenes. The first one gave us the good details, so I had my hopes up! The rest were unfortunately left as cliffhangers. Huge pet peeve for me! That's what knocked my rating down a star. I'm still glad I read it. It was definitely not a book I had an easy time setting down!
Read more
Helpful
Report abuse

Z. Taylor
5.0 out of 5 stars Steamy, yet sweet love story!
Reviewed in the United States on October 26, 2018
Verified Purchase
I read this in two sittings and late into the night both times.

The story is both heart breaking and sweet. It tells of
teenage love between two young people. When his brother
ends up dead , they are abruptly ripped apart. Until 18 years later.
Great writing, steamy scenes. Good plot.
Read more
Helpful
Report abuse

Dee
4.0 out of 5 stars Great book
Reviewed in the United States on June 20, 2018
Verified Purchase
Well-written and beautifully flawed characters, including the supporting characters. I enjoyed the intrigue of the book. The flip between past and present was ok. I just wanted to know what happened though! The author did a great job of letting you get to know the characters first so you could empathize with them as the secrets were revealed. So much sorrow.
Read more
Helpful
Report abuse

nanci brown
5.0 out of 5 stars Enjoyed every page.
Reviewed in the United States on May 31, 2019
Verified Purchase
This is a really sweet love! I enjoyed every page. The characters are great and the story is sweet and suspenseful and hot!
Read more
Helpful
Report abuse

Hensen
5.0 out of 5 stars Great Hero!
Reviewed in the United States on January 26, 2021
Verified Purchase
I loved the story! How he was willing to sacrifice his life for her without knowing the truth is amazing!
Read more
Helpful
Report abuse
See all reviews

Amazon Customer
5.0 out of 5 stars A gripping tale of love, murder and suspense!
Reviewed in the United Kingdom on May 15, 2018
Verified Purchase
This book drew me in, captured my attention and held it until I devoured it in one sitting, more accurately a few hours. I couldn't put it down.
Through flashbacks of their time together as teens, we discover the secrets which tore Owen and Stella apart.
While the attraction is still between them, this book takes us on the journey of them discovering each other again, neither one totally sure of what the other believes and trying to work out the truth of what happened 18 years previously. Who is protecting who and will finding out what happened bring them closer together or tear them apart?
I adored this couple and was with them every step of the way.
My heart broke for both Owen and Stella and I couldn't put this book down until I'd devoured it and could let out a deep sigh.
My only niggle is that it appeared slightly rushed at the end with a few errors which had me baffled. It had been flawless until then.
Other than that, this was an amazing tale of love, murder and suspense which had me gripped from the beginning. Loved it!
Read more
Report abuse
See all reviews