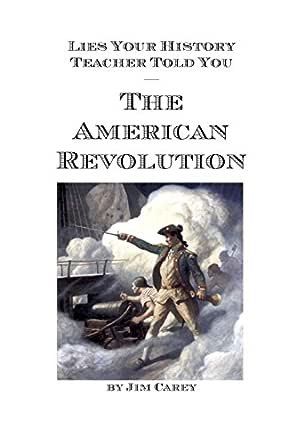 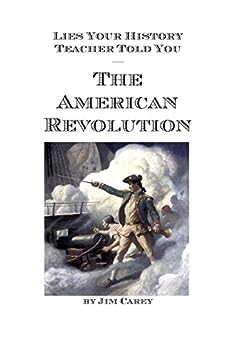 Ed Juillard🌻👀☮️
5.0 out of 5 stars Brilliantly Concise and Vivid Contribution to America's Origin Story
Reviewed in the United States on June 22, 2018
Verified Purchase
Wonderfully concise and brilliant exploration into the real fundamental reason, economic in nature, for the American Revolution. The author has done a great service to our nation by enlightening us to one of the central reasons for our break from England.
Read more
3 people found this helpful
Helpful
Comment Report abuse

Amazon Customer
2.0 out of 5 stars A Gross Oversimplification
Reviewed in the United States on June 19, 2018
Verified Purchase
I agree that it was the prospect of enslavement to the Central Bank of England that caused the American Revolution. It is connecting the founding of that bank (which happened in the 1690's) to the translation of the King James Bible (which happened in 1607) that I disagree with. A lot of things happened over the 17th century, including Charles's spending, the Bishop Wars in Scotland, the English Civil War, the return of the Stuarts in 1660, and the war to get rid of the Stuarts again in 1688. All of those things together bankrupted the Monarchy. The KJV was barely a drop in that bucket.
It would be far more accurate to say that a protracted, 150-long conflict between the Puritans and their ideological descendants, called Whigs, and the Royalists and their ideological descendants, who were called Tories. The dramatic difference in worldview and belief, as well as the spending that took place as a result of this conflict, led to a civil war, which became a world war, in which the United States was born.

Mauistyle
5.0 out of 5 stars Interesting Insight into American Money History.
Reviewed in the United States on August 10, 2018
I got this little book as a gift from the author and here is my honest review: History is not really my area of interest and in my opinion it can be tweaked and bend in all directions to fit the writers beliefs. This was refreshingly short and an interesting insight into American money history.
Read more
2 people found this helpful
Helpful
Comment Report abuse

Jason Carey
5.0 out of 5 stars Excellent read
Reviewed in the United States on September 4, 2018
This book has been a long time coming. So glad that someone has finally written a book that tells the truth and is available in a easy to read version for children. Excellent presentation and I am looking forward to the next book from this author! I will be sharing this book with my friends and the school district.
Read more
One person found this helpful
Helpful
Comment Report abuse

Susan Curry
5.0 out of 5 stars Concise explanation of history
Reviewed in the United States on June 5, 2018
Easy to read, concise and step by step explanation of this part of history. Makes you want to dig deeper to learn even more! I enjoyed it immensely.
Read more
4 people found this helpful
Helpful
Comment Report abuse
See all reviews