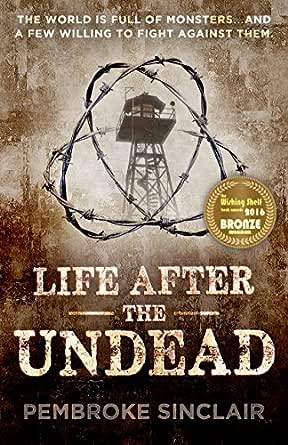 You've subscribed to Life After the Undead! We will preorder your items within 24 hours of when they become available. When new books are released, we'll charge your default payment method for the lowest price available during the pre-order period.
Update your device or payment method, cancel individual pre-orders or your subscription at
Your Memberships & Subscriptions
There was an error. We were unable to process your subscription due to an error. Please refresh and try again. 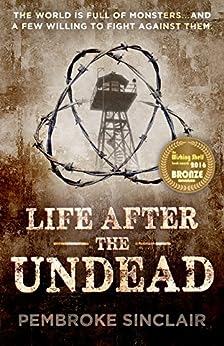 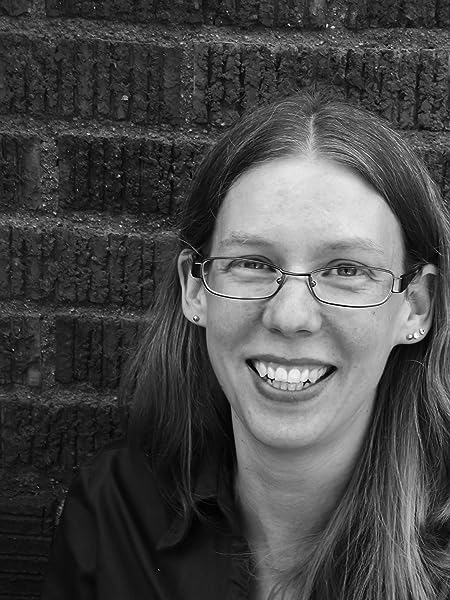 Life After the Undead Kindle Edition 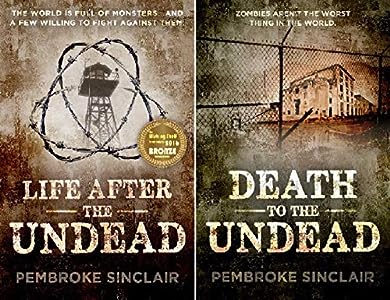 Pembroke Sinclair is a literary jack of all trades, playing her hand at multiple genres. She has written an eclectic mix of fiction ranging from horror to sci-fi and even some westerns. Born in Rock Springs, Wyoming--the home of 56 nationalities--it is no wonder Pembroke ended up so creatively diverse. Her fascination with the notions of good and evil, demons and angels, and how the lines blur have inspired her writing. Pembroke lives in Laramie, Wyoming, with her husband, two spirited boys, a black lab named Ryder, and a rescue kitty named Alia, who happens to be the sweetest, most adorable kitty in the world! She cannot say no to dessert, orange soda, or cinnamon. She loves rats and tatts and rock and roll and wants to be an alien queen when she grows up. You can learn more about Pembroke Sinclair by visiting her at http://pembrokesinclair.blogspot.com/ --This text refers to the paperback edition.

3.8 out of 5 stars
3.8 out of 5
46 global ratings
How are ratings calculated?
To calculate the overall star rating and percentage breakdown by star, we don’t use a simple average. Instead, our system considers things like how recent a review is and if the reviewer bought the item on Amazon. It also analyzes reviews to verify trustworthiness.
Top reviews

Kindle Customer
5.0 out of 5 stars Good
Reviewed in the United States on January 20, 2016
Verified Purchase
This was a very interesting slant on the genre of Zombie Apocalypse. My only question is, when did the book take up where the prologue end? I liked it and will buy book 2 when it comes out
Read more
One person found this helpful
Helpful
Comment Report abuse

zombie phreak
3.0 out of 5 stars It's Entertaining
Reviewed in the United States on April 19, 2016
Verified Purchase
This is a coming of age story where a young woman is in the zombie apocalypse and is adapting to survive. She loses her parents and finds a second cousin who is psychotic and has some weird complex where he thinks that the main character is like his daughter or something and either tries to protect her too much or he sends her out on scavenging missions (not very safe if you ask me).

It's an okay story that is nothing too special but it does help keep you entertained for a while if you like zombies as much as I do.

Amazon Customer
3.0 out of 5 stars Good read
Reviewed in the United States on March 3, 2016
Verified Purchase
It was a good read...not the best zombie book out there, like Mark Tufo, but entertaining. Will continue reading the series.
Read more
Helpful
Comment Report abuse

salamander
4.0 out of 5 stars Yeah local writers!
Reviewed in the United States on December 12, 2011
Verified Purchase
Huge kudos to this author from my hometown! Would have liked a little more zombieliciousness, but it was a good read! Pick it up or look for the electronic version.
Read more
Helpful
Comment Report abuse

Do not get me wrong, if i could relate t the thought processes of a younger entirely different generation i think this would have been awesome..
Read more
Helpful
Comment Report abuse

SocialBookshelves.com
4.0 out of 5 stars but once I got sucked into the story
Reviewed in the United Kingdom on November 26, 2015
Verified Purchase
Disclaimer: Pembroke Sinclair is published by the Forsaken imprint of Booktrope, the same publisher which released my debut novella, No Rest for the Wicked.

Life After the Undead is a bit of an anomaly, because it subverts the zombie genre in ways that I didn’t expect. Sinclair has also penned a non-fiction book under her real name, Jessica Robinson, called Undead Obsessed: Finding Meaning in Zombies, and so you can be sure that she’s already done her homework. But what’s most notable to me is that this is almost post-post-apocalyptic – the zombie apocalypse has already happened, and Sinclair’s survivors have started to live with the situation. They have to.

So what happens after the zombie apocalypse happens? Well, seventeen-year-old Krista is about to find out, and she turns out to be surprisingly adaptive when it comes to dealing with the zombie hordes. In fact, in many ways, the zombies in this book aren’t much of a problem – it’s other survivors that you want to look out for, especially in Liet’s compound. But I don’t want to say any more than that, in case I ruin the story.

Overall, I thought the start could have been stronger, but once I got sucked into the story, I was hooked. Sinclair has also left room for a sequel, or perhaps even a series – it’ll be interesting to see how it pans out.
Read more
Report abuse

Kindle Customer
5.0 out of 5 stars Awesome
Reviewed in Australia on July 26, 2019
Verified Purchase
Loved it. Very engaging with good story development. Realistic characters who have to deal with all sorts of stress and pressure, not just from the zombies, and don't always cope particularly well.
Read more
Report abuse
See all reviews