Life in the Cathode Ray Glow and millions of other books are available for Amazon Kindle. Learn more 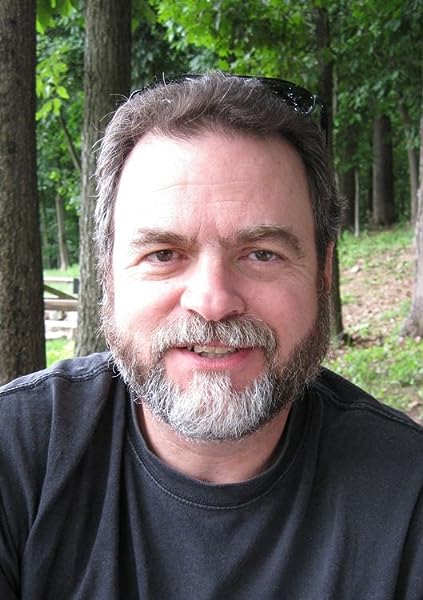 Start reading Life in the Cathode Ray Glow on your Kindle in under a minute.

Lisa Donovan
4.0 out of 5 stars Salient Details
Reviewed in the United States on October 28, 2010
Verified Purchase
For those of you who have read other books by Ray Sikes, this one is unique in that it's a collection of stories based on Ray's experiences. For Ray's fans, some of the stories may seem familiar since several have been published elsewhere: those familiar ones are worth reading again and "taste" even better as the years go by. The stories I was unfamiliar with are rich with descriptive snapshots which carry the storyline. As with Ray's other books, there's an honesty and integrity in Ray's style of writing. He chooses which details to include and his thoughtfulness achieves a powerful result in enabling the reader to both know the characters and relate to the experiences he describes. Each story Ray included has merit and the "Afterward" section should even be read before you read the stories. For those of you who have grown up in the 60's and 70's (or simply like that era of history) this book will bring back many familiar images, evoke laughter, and prompt you to ponder.
Read more
Helpful
Report abuse

ncartistguy
5.0 out of 5 stars Very Enjoyable
Reviewed in the United States on December 8, 2010
Verified Purchase
Ray captures a moment in time perfectly. Much is written about the baby boomers but not many writers of the "Baby Busters" have painted the backdrops for those of us caught between the hippies and the disco beat. Well done Ray!
Read more
Helpful
Report abuse

L. C. Henderson
5.0 out of 5 stars Exploration of Character Makes Stream of Consciousness Short Stories Evocative Renderings of Life
Reviewed in the United States on December 9, 2010
The first twelve stories in this volume, though containing elements of the author's own childhood and teenage perceptions and experiences, are, nevertheless, fictional. With an inherent distrust of biographies, fiction is the only medium that Sikes considers to be authentic enough to relay most of the truth about life. As he writes in the "Afterward: Telling Stories", "the act of reducing a life to book length makes the person seem much more interesting than he or she actually was, and once the events are recreated and twisted with commentary and description, what's there isn't really accurate." Sikes' concern with the truth has led him to prefer writing fiction to rehashing his own personal reality as a form of renegotiating the truth. To Sikes, fiction contains "enlightening hints at universal truths...[and]...insights about people and life in general." In such vein, he invites one to read his collection of short stories, Life in the Cathode Ray Glow: Stories about Growing Up in the '60s and '70s and Other Fiction.

Reminiscent of Bill Bryson's finest, the first twelve tales in the volume are amusing, insightful and true to life. All of them have some trenchant point to relate and leave one thinking more deeply about some aspect of our human existence, though they are in no way preachy. The deeper meaning of one's experiences is brought home without hitting one over the head with gospel truth. In fact, it came as quite a surprise to me that Sikes had already written an acclaimed spiritual non-fiction book called Keeping it Between the Ditches: Living the Christian Life. Provocative and stimulating are two words that I would definitely choose to use in reference to his latest collection.

The narrator of the first twelve tales appears to be the same young lad, whose fictional experiences reveal not only interesting aspects of those whom he encounters, but also a solid upbringing in an ethically sound home. They are enough to make one long once more to revel in the childhood encounters of yesteryear. The other five tales are told from a variety of viewpoints, and are more stream-of-consciousness and character sketches than the conventional sharp and slick beginning--middle--end of the traditional short story. No matter the protagonists or the setting, though, this collection is well worth reading and thinking about.

Sikes is a prolific writer, having had many of his short stories, essays, and poems published in a variety of publications and webzines, such as USA Today, The Wilmington (Delaware) News Journal, Out and About, Poor Mojo's Almanac, Cornerstone, Focus on Teachers, and The Nazarene Standard. No matter your age, you should find something about which to reflect in his writings. Sikes' honesty and integrity shine out from these pages, and are most refreshing in these days of over-the-top hype and gutless mudslinging. Do read him--he's well worth it. [Reviewer for BookPleasures.com]
Read more
Helpful
Report abuse

Ric
4.0 out of 5 stars Expertly Nostalgic but Profound
Reviewed in the United States on December 14, 2010
Sikes' latest work is a collection of short stories compiled over his long writing career. This is a book well worth reading. It does have some flaws, which I will discuss first. Two stories, "Roasting the Dead" and "The Prophet of Hurricane Hazel," flirt with allegory, and to me this is a weakness. I find allegory generally distasteful, and any piece where one can say "the moral of the story is..." I will generally dislike. That being said, Sikes handles expertly even these allegories. The strength of the book, however, is how in the rest of the stories the author uses his own childhood to allow themes to grow organically. This is when Sikes is at his best. Even an atheist reader like me, dismissive of Sikes' religious message, finds himself enthralled (and perhaps even enlightened) by the themes and characters. These strengths far outweigh the weakness previously mentioned and make the book worth reading no matter what one's philosophical bent happens to be.
Read more
Helpful
Report abuse
See all reviews
Back to top
Get to Know Us
Make Money with Us
Amazon Payment Products
Let Us Help You
EnglishChoose a language for shopping. United StatesChoose a country/region for shopping.
© 1996-2021, Amazon.com, Inc. or its affiliates