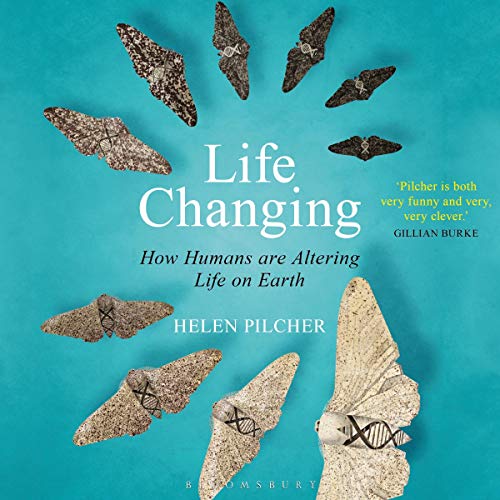 Life Changing: How Humans Are Altering Life on Earth

For the last three billion years or so, life on Earth was shaped by natural forces. Evolution tended to happen slowly, with species crafted across millennia. Then, a few hundred thousand years ago, along came a bolshie, big-brained, bipedal primate we now call Homo sapiens, and with that, the Earth’s natural history came to an abrupt end. We are now living through the post-natural phase, where humans have become the leading force shaping evolution.

This thought-provoking audiobook considers the many ways that we’ve altered the DNA of living things and changed the fate of life on earth. We have carved chihuahuas from wolves and fancy chickens from jungle fowl. We’ve added spider genes to goats and coral genes to tropical fish. It’s possible to buy genetically-modified pets, eat genetically-modified fish, and watch cloned ponies thunder up and down the polo field.

Now, as our global dominance grows, our influence extends far beyond these species. As we warm our world and radically reshape the biosphere, we affect the evolution of all living things, near and far, from the emergence of novel hybrids such as the pizzly bear, to the entirely new strains of animals and plants that are evolving at breakneck speed to cope with their altered environment.

In Life Changing, Helen introduces us to these post-natural creations and talks to the scientists who create, study and tend to them. At a time when the future of so many species is uncertain, we meet some of the conservationists seeking to steer evolution onto firmer footings with novel methods like the ‘spermcopter’, coral IVF and plans to release wild elephants into Denmark. Helen explores the changing relationship between humans and the natural world, and reveals how, with evidence-based thinking, humans can help life change for the better.

Your audiobook is waiting!
Learn more about membership
List Price: $18.54
You Save: $1.55 (8%)
By completing your purchase, you agree to Audible’s Conditions Of Use
Sold and delivered by Audible, an Amazon company

There are 0 customer reviews and 17 customer ratings.