Life (Citizens of Logan Pond Book 1) and millions of other books are available for Amazon Kindle. Learn more
Kindle
$0.00
or $0.99 to buy 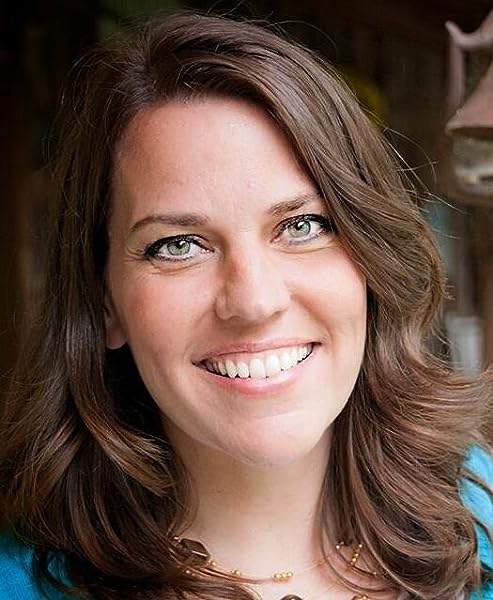 A terrific study of character, an exciting adventure and a beginning of a promising series! What more can anyone ask for? Except for the next book, of course! - InD'Tale Magazine
A powerful, realistic story about life and love and the resilience of the human spirit. Just the right mix of action, drama, and romance. - Readers' Favorite
A must read for anyone who likes the post-apocalyptic/dystopian genre. Highly recommended. - Julie L Casey, author of Teenage Survivalist series

"A powerful, realistic story about life and love and the resilience of the human spirit. Just the right mix of action, drama, and romance." - Readers' Favorite

Rebecca Lund Belliston is the author of the bestselling LDS romantic suspense novels SADIE and AUGUSTINA and a new dystopian trilogy CITIZENS OF LOGAN POND. Besides writing fiction, Rebecca composes religious and classical-style music. She lives in Michigan with her husband and five kids.

Start reading Life (Citizens of Logan Pond Book 1) on your Kindle in under a minute.

4.1 out of 5 stars
4.1 out of 5
96 global ratings
How are ratings calculated?
To calculate the overall star rating and percentage breakdown by star, we don’t use a simple average. Instead, our system considers things like how recent a review is and if the reviewer bought the item on Amazon. It also analyzes reviews to verify trustworthiness.
Top reviews

Amazon shopper
5.0 out of 5 stars Loved it!
Reviewed in the United States on April 29, 2015
Verified Purchase
It's hard to review this book because I was so immersed in it that I felt like I was living it. I was scared, I was heartbroken, I was cold when it snowed, I was in pain when the main character was hurt, I missed my parents; but I also loved my neighbors, felt joy at new growth, and loved the sunshine. To me that means that this was an amazing book. At one point while reading, I actually stood up to put my light jacket on and go to work when I said to myself, "Oh this isn't a warm enough coat when it is snowing outside". It was 60 degrees at the time, but it was snowing in the book. That's how in thrall I was while reading.
I loved the main character, Carrie. She was so good, loving, loyal, innocent and giving. I wish I was more like her. It made me wonder how I would react given the same circumstances. I will say that I'm still not sold on the main love interest - he is such a jerk at the beginning. I understand that he has gone through horrors in his life, but he is very cold-hearted at the beginning and I had a hard time getting over that.
I found the whole premise of the book a little scary because it felt like something that could really happen. A lot of the dystopian/post-apocalyptic books I have read have dealt with things like a pandemic, nuclear holocaust, alien invasion... This one simply had the dollar fail. There was a run on the banks - the banks failed. The government took over in a drastic way. Yikes! Maybe that was one of the reasons it was so engrossing, because it felt like something that could really happen to me and my family. Anyway, this was a great book and I highly recommend it. Now we wait for book 2, entitled Liberty , and it is being released on the 4th of July. Pretty cool. And I'm going to go out on a limb and guess that the final book in the trilogy will be called, The Pursuit of Happiness .

Areas of concern:
When I bought this book for our library, I thought it was a Young Adult novel. The book does begin with the main character being 17 years old, but then it fast-forwards 5 years, so it is actually not a YA book. However, it kind of had a YA feel to it, and it was very clean, so I am not concerned about having it in the library. In fact, several students have read it and really liked it.
There is no bad language.
There is some talk of girls needing to sell themselves to keep their families safe, but it is done in as non-offensive a way as possible.
There are intense situations where characters fear for their lives.
There are corrupt and very scary government officials.
Read more
14 people found this helpful
Helpful
Report abuse

Kathi
4.0 out of 5 stars INCREDIBLY GOOD!!
Reviewed in the United States on June 8, 2016
Verified Purchase
This novel focuses on the US after a final ,and total,economic collapse and the rise of an increasingly cruel as well as dictatorial government. The story is painful, powerful, realistic and down right scary. Scary because the economic collapse in the book is something that could really happen, and in fact has partially happened within the last 10 years. In this dystopian/post-apocalyptic story the economy is totally gone. The government has totally taken over. If you don't own a home and can't prove it, you are a non-entity. Only homeowners are issued a card proving citizenship (blue).Only blue card holders have rights, If you are related to a homeowner and can prove it, your are issued a yellow card( and have some rights). If you work for the government, you are provided a green card and given all the necessities (food, shelter, clothes, medical) which are denied to all others. Everyone else is considered "illegal" and forced to live in poverty in large urban areas. "Illegals" only chance to "earn" anything is working virtually as "slaves" for the government at menial jobs.

The focus of the story is a small group of people (36) "hiding" in plain sight. This group of people" live" illegally in a small community and are know as "the clan". The center of their world, the hub of their existence is an elderly homeowner couple. The principal and secondary characters are well developed and very three dimensional. They are beautifully crafted, even the ones you don't like. There are three primary characters and one is a 22 year old woman who I just fell in love with. Initially the story unfolds slowly, but with a lot of detail, but begins to move with more momentum. World building is outstanding. There are many twists and turns, a few predictable and many unexpected. Overall I rated the book at 4.

I have deliberately chosen not to describe the story in detail as others have done so. Rather I wanted to provide a "snapshot" of the story and my impressions. I hope I have done so in a way that helps those scanning the reviews to make up their minds to buy the book! This author is an incredible story teller!

This is a book well worth reading. I will already purchased the second book and intend to buy the final book in this series. I highly recommend the series.
Read more
One person found this helpful
Helpful
Report abuse
See all reviews
Pages with related products. See and discover other items: citizen science, pond life