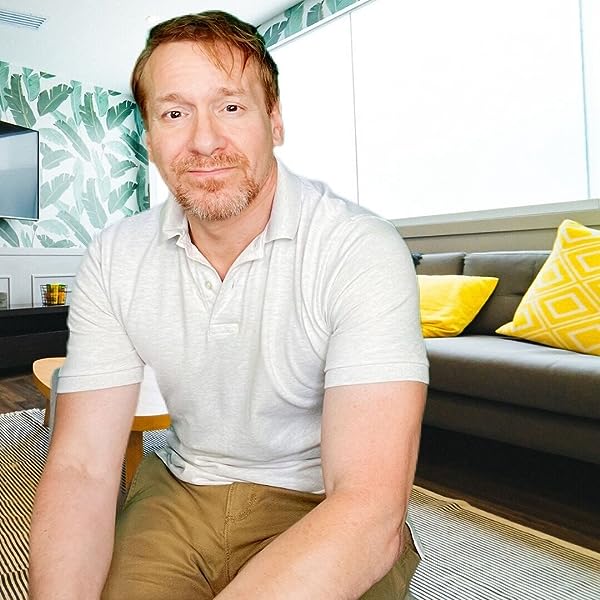 by Michael Evanichko (Author), Thomas Gaadt (Illustrator)
5.0 out of 5 stars 5 ratings
See all formats and editions
Sorry, there was a problem loading this page. Try again.

A group of strangers awaken in an old abandoned landfill hidden deep in the woods without recollection of how they arrived in the filthy soup of trash. They must uncover their connection to one another and find a way out of the purposely deepened landfill, before the environment -and the mastermind behind their abductions - destroys them all.

Michael Evanichko began to write at a very young age. Inspired by the early works of Stephen King and the schlocky horror and suspense books of the eighties, he attempted his first novel at age twelve. It wasn't until much later in life that he actually completed his first novel, Life in a Supermarket Basket. Life in a Savage Landfill, and Life in a Neon Knapsack soon followed, and his "Trilogy of Life" was completed. Each novel is connected by a character and is unique in its tone and story. Terrific, Fantastic, Amazing, and Compelling are actual words used to describe Michael's books and he didn't pay anyone for those reviews! He is extremely grateful for the love and support received over the years.

Chadwick
5.0 out of 5 stars A thrilling and mysterious journey
Reviewed in the United States 🇺🇸 on July 30, 2019
Verified Purchase
This book had me on the edge of my seat on every page. It’s very clear that the author put a lot of research into this novel, as every detail of the characters’ predicament was well-planned and thoughtfully described. The best part of the novel was easily the many varied characters; each one had a unique voice and their own experiences that made them memorable and very human—even at their worst. I’m very eager for the next novel!
Read more
Helpful
Report abuse

William R. Frey
5.0 out of 5 stars Devilish storytelling
Reviewed in the United States 🇺🇸 on September 28, 2022
A friend gave me his copy to read. Glad that he did. This is the second volume of the author’s trilogy. The writing continues with random characters, life choices, and hidden agendas. Hidden until the right moment to surprise the reader. Ah ha moments abound. The structure and organization of the text are in the style of Stephen King. Both natural and supernatural vibes. Both sweetness and evilness. All to keep your interest and propel the story along. Additionally, varied approaches to sexual behaviors are woven through the narrative, honestly and giving depth to characters. I’m looking to volume #3.
Read more
Helpful
Report abuse

Roxanne Ludwig
5.0 out of 5 stars Another GREAT book by Michael Evanichko!!
Reviewed in the United States 🇺🇸 on June 12, 2019
Michael Evanichko has done it again!! Life in a Savage Landfill, the second in the “Life Trilogy,” is a must read for mystery/action/suspense readers!! You’ll find yourself on the edge of your seat at the end of each chapter, anxious to turn the page and dive into the next one!! I love how the characters are developed and “intertwined,” though none of them knew each other before ending up in the mysterious landfill. I also loved how Byron, a character from Evanicho’s debut novel, Life in a Supermarket Basket, is incorporated into this story line. This book has everything - drama, humor (some dark, which I always enjoy), emotions (good and bad), mystery and even a little bit of fantasy!! I highly recommend Life in a Savage Landfill and eagerly await the third book in this trilogy!!
Read more
Helpful
Report abuse
See all reviews

Henry Cat
5.0 out of 5 stars A wonderful surprise
Reviewed in the United Kingdom 🇬🇧 on May 18, 2020
Verified Purchase
Now, I have to be honest, I wasn’t looking forward to reading this book. Nothing about it appealed to me. I didn’t like the cover at all, finding it reminded me of comics, which I hate. The book font I find unappealing.
However, my oh my was I instantly impressed! The writing is fabulous and the story, the characters, the backstories, all kept me enthralled and waiting for that half hour I try to get every day to read. I was never disappointed with any of it and as more stories emerge and twists and turns, I loved it even more. I thought the pictures at the beginning of the chapters an interesting addition, it gave me a clue about what to expect, in a way!
I would certainly recommend this book and it taught me to expect the unexpected in everything, don’t judge a book by its cover and I am very glad I had the opportunity to delve into its pages.
Thanks Michael
Read more
Report abuse

Sean Roy
5.0 out of 5 stars Absolute must read! Gripping!
Reviewed in the United Kingdom 🇬🇧 on November 6, 2020
Verified Purchase
Excellent follow up to supermarket! Gripped from the start and read it in one sitting. A must read for all! Great characters who pull you in and create an investment. Wonderful depiction of mental health and many of the daily trials and temptations faced by us all.

I am usually an epic fantasy reader but I really enjoyed both of Michael's books. Get reading folks!
Read more
Report abuse
See all reviews