Life at 12 College Road and millions of other books are available for Amazon Kindle. Learn more 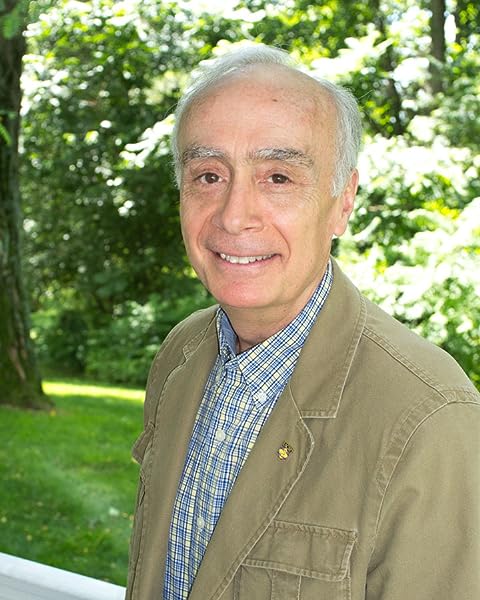 by Eric S. Mondschein (Author)
4.9 out of 5 stars 41 ratings
See all formats and editions
Sorry, there was a problem loading this page. Try again.
Read more Read less
Previous page
Next page

Start reading Life at 12 College Road on your Kindle in under a minute.

4.9 out of 5 stars
4.9 out of 5
41 global ratings
How are ratings calculated?
To calculate the overall star rating and percentage breakdown by star, we don’t use a simple average. Instead, our system considers things like how recent a review is and if the reviewer bought the item on Amazon. It also analyzes reviews to verify trustworthiness.
Top reviews

Lou
5.0 out of 5 stars Life at 12 College Road - a delightful trip down memory lane
Reviewed in the United States on November 11, 2013
Verified Purchase
In Life at 12 College Road, Eric tells the stories of his memories of his growing up with his family and friends. His story telling drew me into each episode, living his experience and remembering similar ones from my own past. I felt I was there with him as the events happened and I could feel his elation and trepidation as each chapter developed, anticipating, from my own childhood, the reactions of his parents, and his younger brother plotting to get Eric into trouble. I couldn't help but relate to his driving his mother's car for the first time, up and down the driveway while is parents were away and how that escapade ended. He and Jeff building their own igloo from a snow pile left after a monster snow storm, and the resulting near-death experience, brought back memories of my childhood growing up near Boston and some of the crazy things that my brother and did in the snow.

Life at 12 College Road is a delightful, heart-warming read that will have you laughing at the events of Eric's life as you live them through his stories, but also conjuring up memories, both happy and sad from your own experience. As he says in the preface, "...get yourself a cup of coffee or tea, sit back, and get comfortable." Get ready to travel back to your childhood and relive those precious moments as Eric takes you with him on his time travel through his memories.
Read more
6 people found this helpful
Helpful
Report abuse

Paul Toloui-Wallace
5.0 out of 5 stars a great read from Rick Mondschein
Reviewed in the United States on March 3, 2014
Verified Purchase
This memoir is a heartwarming expression of love of family and gratitude for the life presented to Rick and Jeff.In adult life I became am a family friend so the memories in Rick's book had even more meaning causing me to recall treasured moments as grown ups. I am also thankful to Rick as he has caused me to reflect on my own childhood, and I have discovered the memories mirror so many family experiences. What a world we all lived in then. Thank you Rick, exquisitely written in a simple yet profound prose
Read more
3 people found this helpful
Helpful
Report abuse

Chris Kavelin
5.0 out of 5 stars Thoroughly enjoyable. Like listening to wholesome and entertaining stories from Prairie Home Companion or The Vinyl Cafe.
Reviewed in the United States on May 7, 2016
Verified Purchase
I thoroughly enjoyed reading this book. It's like have a good cup of coffee and listening to the engaging radio stories of Prairie Home Companion or Canada's Vinyl Cafe. You feel like you're part of another family with lots of laughter, mini adventures and entertaining exploits of a young man growing up during an era of wholesomeness.
Read more
2 people found this helpful
Helpful
Report abuse

Elizabeth Walker
5.0 out of 5 stars Humorous and poignant, and thoroughly enjoyable.
Reviewed in the United States on January 10, 2015
Verified Purchase
As I read this book I laughed out loud and shook my head in amazement at the youthful hijinks the author and his friends managed to get up to. It describes in many ways a simpler time and place where children had very different freedoms from those they do today. I could see my parents' childhood stories and my own echoed here in many ways, while also being reminded of what I am facing a few years down the road when my own children inevitably start to get more creative in their mischief making. Humorous and poignant, and thoroughly enjoyable.
Read more
One person found this helpful
Helpful
Report abuse

John E. Dickerson
5.0 out of 5 stars Well done!
Reviewed in the United States on December 26, 2013
Verified Purchase
This narrative is a well written story simply about growing up with all the anecdotes about the foibles of youth. It is down to earth, fireside chat style. My only dislike was not having a geographical reference point at the start, but later into the story. This may be a personal thing, but I like to know the location of the story at the beginning. Otherwise, it is excellent, I thoroughly enjoyed the read.
Read more
2 people found this helpful
Helpful
Report abuse

tony conroy
5.0 out of 5 stars Five Stars
Reviewed in the United States on August 21, 2014
Verified Purchase
Really enjoyed it. I was almost like sitting listening to Eric telling the strorys
Read more
One person found this helpful
Helpful
Report abuse
See all reviews

jbarnabasl
5.0 out of 5 stars Glimpses of an American childhood
Reviewed in the United Kingdom on December 2, 2013
Verified Purchase
There's a kind of privilege involved in being admitted into someone else's life through autobiographical writing. I found Eric S. Mondschein's episodic account of his childhood grabbing me by the lapels and, better than telling me about his adventures, showing me how he shot his brother, how his father set fire to the neighbouring woods, how he and his friends camped out and set up forts and plotted - but failed - to avoid his parents' displeasure at his managing to spray paint his mother's new car.

This is a story of life in a comfortably-off middle-class American family of the late 1950s and early 1960s. Eric Mondschein writes in a way that brings the people and the places to life in three dimensions and places the reader right in the middle of the action. At the same time, they are the reflections of maturity on the energy and folly of youth.

In places there is an elegiac, retrospective quality to the writing. "And it was then that I remembered what had been bothering me for so long," Mondschein writes in the first chapter. "I was alone. You see, my mom dad and younger brother have all passed on without me. They are exploring new worlds and I have been left behind." But this is not the story of one given to prolonged melancholy. The author was clearly an energetic child and youth, always on the lookout for adventure and to get away with as much as he could. He describes his sibling rivalry with his younger brother, Jeff, and how he tries to get the better of him. Sometimes he succeeds, sometimes he fails. Sometimes they get into mischief together, like the time when, inspired by the Winter Olympics, they turned the stairs in their house into a bobsled run and crashed out of control into the wall at the foot of the stairs. Or the time when, driven to distraction by Jeff's refusal to play dead or wounded in their childhood war games, Eric challenged his younger brother to a game in which they would attempt to shoot each other with pellet guns. Eric won that round, but things didn't always go his way.

This is honest writing. And humorous. In fact, I found it a compelling read and would recommend it to anyone who is willing to accept the author's assertion that it was the small things that deeply touched him and his hope that the retelling of these stories "can help you to connect with similar moments from your own life"
Read more
Report abuse
See all reviews
Back to top
Get to Know Us
Make Money with Us
Amazon Payment Products
Let Us Help You
EnglishChoose a language for shopping. United StatesChoose a country/region for shopping.
© 1996-2021, Amazon.com, Inc. or its affiliates