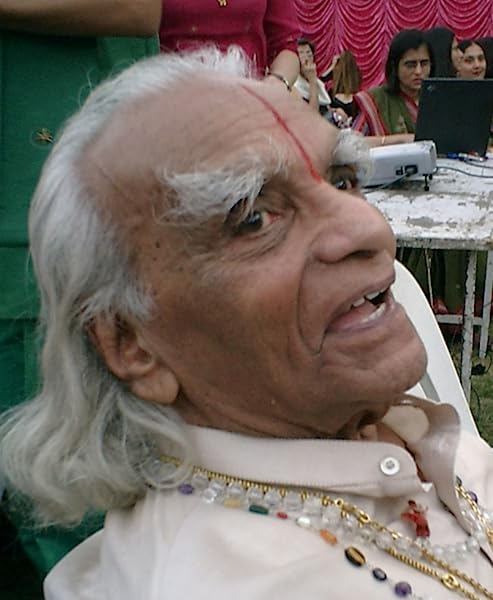 “Light on Life offers revelations from a lifetime of studying yoga.” —The Washington Post

“Light on Life is . . . a rumination on the metaphysics of yoga and the mystery of being alive.” —The Baltimore Sun

“Like his other books, Light on Life is rich in yoga philosophy and methodology. But unlike his previous writings, this new book is full of autobiographical anecdotes. . . . [A] formidable will percolates through Light on Life.” —The New York Times

“Rather than present the yoga postures as he did in Light on Yoga, Mr. Iyengar reveals in Light on Life the ‘heart of yoga' that he personally discovered through more than 70 years of disciplined, daily practice . . . [including] the precise ways that yoga can transform our lives and help us live in harmony with the world around us.” —Yoga Journal

B.K.S. Iyengar is one of the world's leading teachers of yoga and the author of the bestselling yoga book of all time, Light on Yoga. He has taught cultural icons and world leaders as well as thousands of teachers who have taken his modernization and refinement of yoga to every major city in America and to every corner of the world. His classic and bestselling books also include Light on Pranayama, Light on the Yoga Sutras of Patanjali, and Yoga: The Path to Holistic Health. He was named one of TIME magazine's 100 Most Influential People in the World in 2004.

When I left India and came to Europe and America a half century ago, open-mouthed audiences gaped at the presentation of yogasana positions, seeing them as some exotic form of contortionism. These very same asanas have now been embraced by many millions of people throughout the world, and their physical and therapeutic benefits are widely acknowledged. This in itself is an extraordinary transformation, as yoga has lit a fire in the hearts of so many.

I set off in yoga seventy years ago when ridicule, rejection, and outright condemnation were the lot of a seeker through yoga even in its native land of India. Indeed, if I had become a sadhu, a mendicant holy man, wandering the great trunk roads of British India, begging bowl in hand, I would have met with less derision and won more respect. At one time, I was asked to become a sannyasin and renounce the world, but I declined. I wanted to live as an ordinary householder with all the trials and tribulations of life and to take my yoga practice to average people who share with me the common life of work, marriage, and children. I was blessed with all three, including a long and joyous marriage to my beloved late wife, Ramamani, children, and grandchildren.

The life of a householder is difficult, and it always has been. Most of us encounter hardship and suffering, and many are plagued by physical and emotional pain, stress, sadness, loneliness, and anxiety. While we often think of these as the problems caused by the demands of modern life, human life has always had the same hardships and the same challenges—making a living, raising a family, and finding meaning and purpose.

These have always and will always be the challenges that we humans face. As animals, we walk the earth. As bearers of a divine essence, we are among the stars. As human beings, we are caught in the middle, seeking to reconcile the paradox of how to make our way upon the earth while striving for something more permanent and more profound. So many seek this greater Truth in the heavens, but it lies much closer than the clouds. It is within us and can be found by anyone on the Inward Journey.

What most people want is the same. Most people simply want physical and mental health, understanding and wisdom, and peace and freedom. Often our means of pursuing these basic human needs come apart at the seams, as we are pulled by the different and often competing demands of human life. Yoga, as it was understood by its sages, is designed to satisfy all these human needs in a comprehensive, seamless whole. Its goal is nothing less than to attain the integrity of oneness—oneness with ourselves and as a consequence oneness with all that lies beyond ourselves. We become the harmonious microcosm in the universal macrocosm. Oneness, what I often call integration, is the foundation for wholeness, inner peace, and ultimate freedom.

Yoga allows you to rediscover a sense of wholeness in your life, where you do not feel like you are constantly trying to fit the broken pieces together. Yoga allows you to find an inner peace that is not ruffled and riled by the endless stresses and struggles of life. Yoga allows you to find a new kind of freedom that you may not have known even existed. To a yogi, freedom implies not being battered by the dualities of life, its ups and downs, its pleasures and its suffering. It implies equanimity and ultimately that there is an inner serene core of one’s being that is never out of touch with the unchanging, eternal infinite.

As I have said already, anyone can embark on the Inward Journey. Life itself seeks fulfillment as plants seek the sunlight. The Universe did not create Life in the hope that the failure of the majority would underscore the success of the few. Spiritually at least, we live in a democracy, an equal opportunity society.

Yoga is not meant to be a religion or a dogma for any one culture. While yoga sprang from the soil of India, it is meant as a universal path, a way open to all regardless of their birth and background. Patanjali used the expression sarvabhauma—universal—some 2,500 years ago. We are all human beings, but we have been taught to think of ourselves as Westerners or Easterners. If we were left to ourselves, we would simply be individual human beings—no Africans, no Indians, no Europeans, no Americans. Coming from India, I inevitably developed certain Indian characteristics adopted from the culture in which I was nurtured. We all do this. There is no difference in the soul—what I call the “Seer.” The difference comes only between the “garments” of the seer—the ideas about our selves that we wear. Break them. Do not feed them with divisive ideas. That is what yoga teaches. When you and I meet together, we forget ourselves—our cultures and classes. There are no divisions, and we talk mind to mind, soul to soul. We are no different in our deepest needs. We are all human.

Yoga recognizes that the way our bodies and minds work has changed very little over the millennia. The way we function inside our skin is not susceptible to differ either in time or from place to place. In the functioning of our minds, in our way of relating to each other, there are inherent stresses, like geological fault lines that, left unaddressed, will always cause things to go wrong, whether individually or collectively. The whole thrust of the yogic philosophical and scientific inquiry has therefore been to examine the nature of being, with a view to learning to respond to the stresses of life without so many tremors and troubles.

Yoga does not look on greed, violence, sloth, excess, pride, lust, and fear as ineradicable forms of original sin that exist to wreck our happiness—or indeed on which to found our happiness. They are seen as natural, if unwelcome, manifestations of the human disposition and predicament that are to be solved, not suppressed or denied. Our flawed mechanisms of perception and thought are not a cause for grief (though they bring us grief), but an opportunity to evolve, for an internal evolution of consciousness that will also make possible in a sustainable form our aspirations toward what we call individual success and global progress.

Yoga is the rule book for playing the game of Life, but in this game no one needs to lose. It is tough, and you need to train hard. It requires the willingness to think for yourself, to observe and correct, and to surmount occasional setbacks. It demands honesty, sustained application, and above all love in your heart. If you are interested to understand what it means to be a human being, placed between earth and sky, if you are interested in where you come from and where you will be able to go, if you want happiness and long for freedom, then you have already begun to take the first steps toward the journey inward.

The rules of nature cannot be bent. They are impersonal and implacable. But we do play with them. By accepting nature’s challenge and joining the game, we find ourselves on a windswept and exciting journey that will pay benefits commensurate to the time and effort we put in— the lowest being our ability to tie our own shoelaces when we are eighty and the highest being the opportunity to taste the essence of life itself.
Read more