You've subscribed to Tales From a Revolution! We will preorder your items within 24 hours of when they become available. When new books are released, we'll charge your default payment method for the lowest price available during the pre-order period.
Update your device or payment method, cancel individual pre-orders or your subscription at
Your Memberships & Subscriptions
There was an error. We were unable to process your subscription due to an error. Please refresh and try again. 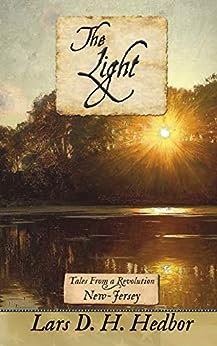 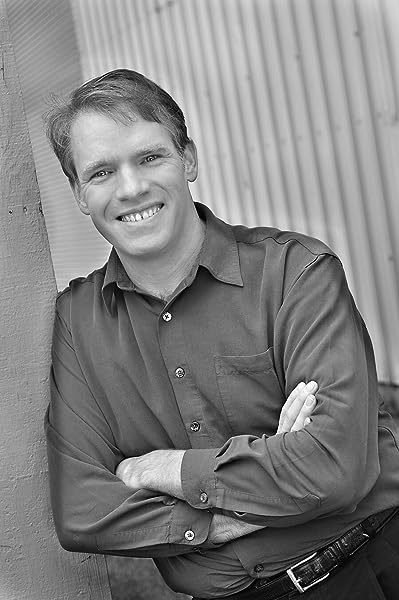 The Light: Tales From a Revolution - New-Jersey Kindle Edition 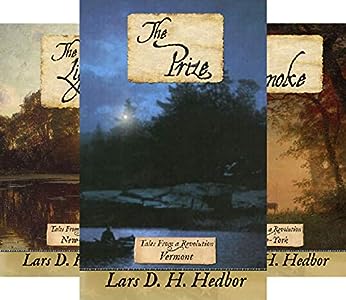 The Light is unlike any other "war" novel I've ever read. There is no military violence and bloodshed. That does not mean that there isn't action. However, it is not military action but rather conflict among civilians. These conflicts are both physical as well as spiritual.
The main character is a Quaker struggling with his faith in difficult times. In addition he is forced to deal with people who hate with demonic fury; yet, his creed requires him to be non-violent. I found the book to be fascinating. The history depicted in the novel is accurate and well portrayed.
Hedbor's writing is superb. The flow and grace of the language is entrancing. Each sentence is meticulously crafted. Reading this book is a joy.
- Hugh T. Harrington, Editor
Journal of the American Revolution

Jeffrey Miller
5.0 out of 5 stars History Comes Alive!
Reviewed in the United States on December 29, 2013
Verified Purchase
When I was in elementary school back in the 1960s, one of my favorite novels was Johnny Tremain, the story of a young boy during America's Revolutionary War who becomes an apprentice to Paul Revere and gets to witness America's birth of independence at Lexington and Concord. I have always been fascinated with historical fiction--how an author is able to combine historical elements with fiction in a very creative and exciting way that makes history come alive.

That's what you get and more with Lars Hedbor's second book of the American Revolution, The Light: Tales from a Revolution--New Jersey. With a commanding grasp of history, Hedbor deftly weaves a fascinating tale of the early days of America's road to independence. Hedbor is a brilliant storyteller, especially with the way that he is able to bring history alive. I agree with the other reviewers about the beauty of Hedbor's prose. He has a gift for capturing the vernacular of the period and making his characters come alive. Having read his first book, The Prize, I knew that I was in store for another wonderfully crafted tale. I was not disappointed with The Light. Well done, Mr. Hedbor.

Carol Nelson
5.0 out of 5 stars What a wonderful story!
Reviewed in the United States on March 25, 2014
Verified Purchase
Historical fiction? I didn't know if I'd like historical fiction. In fact, I had no idea what to expect, but I bought this book on the recommendation of a friend. I'm very glad I did! This is beautifully written story, believable, real, and engaging. There was plenty of action and excitement, but what I found most gripping was the main character's struggle of trying to live according to his beliefs even though it put him in conflict with his family and his community. The main character is a Quaker so the story is full of "thee"s and "thou"s. I admit that at first, that distracted me. However, within a few pages it began sounding natural and added to the beauty of the writing. I thoroughly enjoyed this book and am looking forward to reading some of the author's other work.
Read more
3 people found this helpful
Helpful
Comment Report abuse

Troy Ciesco
5.0 out of 5 stars A fantastic work of historical fiction
Reviewed in the United States on October 26, 2013
Verified Purchase
There is only one way to describe this book: simply phenomenal. The historical point of view is one I wasn't familiar with (The Quakers) and I was skeptical at first. How could a book about the American Revolution focus on a people that shunned violence.

This book opened my mind to the fact that inner turmoil can be just as heart-wrenching and action-packed as a battle. I definitely felt like I was right there with the characters, and was consciously weighing their moral dilemmas in my mind as if they were my own.

Hedbor also does a great job of placing the story-line parallel to historical events, instead of reliant upon them. I had posted in a review of his first book, The Prize (also a must-read) that it didn't tie into the main conflict enough. I understand now that the main conflict is not necessarily the war itself - it's how the American people dealt with the chaos thrown on their simple, everyday lives.

It's brilliant. It's educational. It's a great story-line. And it's a book everyone interested in social history should read. I will undoubtedly read every book in the Tales from a Revolution series Hedbor has to offer - and you should, too!

JO
4.0 out of 5 stars The Light
Reviewed in the United States on March 17, 2015
Verified Purchase
I enjoyed this story that brought to life the dilemma of the American Revolution for peace-loving Quakers. The complications of plot kept my interest.
Read more
One person found this helpful
Helpful
Comment Report abuse

DabOfDarkness
4.0 out of 5 stars The Revolution wasn't boring after all
Reviewed in the United States on June 14, 2019
Note: Even though this is Book 2 in the series, it works perfectly as a stand alone.

The American Revolution was always such a boring topic in high school. Taught by dates and numbers and famous documents, it was a very dry subject. No more! Hedbor is bringing this bit of history to life. I quite enjoyed The Light, and that was unexpected. I did worry that this story might be a little preachy since the main character, Robert, is a devoted Quaker. Yet Hedbor did a really great job of getting Robert’s inner feelings and motivations across without ramming Robert’s personal beliefs down the reader’s throat.

The tale covers a lot of ground without feeling rushed. Robert has a serious falling out with his father, Peter, over their shared faith. Indeed, Robert goes on to become one of the New Quakers. Religion was an important facet to the lives of many people and for some the right to worship as they wish became their core belief.

Then we see Robert’s professional life. He’s a blacksmith and he has dealings with some Irish brothers (Angus and Rufus). He also has to make some hard choices about supplying the local English soldiers, or not. Or rather, will he supply only non-weapons, or will he make canon balls and the like? Robert’s firm belief in non-violence is his guiding principle, yet he has his wife and daughter to think of too. It’s a great conundrum to place our main character in.

The one weakness to this story is that the ladies are few and far between. They are only the home makers and comforters. In short, they don’t affect the plot. The author could have left them out and the story wouldn’t be different. So, sigh…. We all know women did more than clean, cook, and bear children during the American Revolution. Rebecca is Robert’s daughter. Then there’s Mary and Margaret. One is Robert’s wife and the other is his mom and I can’t recall who is who.

OK, back to the good stuff. There’s more drama as the first volleys of the American Revolution occur. I liked that we got to see them or hear about them from the characters, since they weren’t directly involved in the fighting. Yet they are definitely affected by all of it – the politics, the fighting, the change in commerce, etc.

I also like that the author held to some language norms of the time, using thee and thy and thou as appropriate. His little note on language and more at the end was great too. I always appreciate hearing why a historian chose this or that for a good story. 4/5 stars.

The Narration: Shamaan Casey certainly has an engaging voice. His deep voice reminds me strongly of Stefan Rudnicki, a favorite narrator of mine. He was great with the characters’ voices, keeping everyone distinct and imbuing them with emotion. I liked his regional accents. His female character voices were also feminine. The one weakness is in the technical recording. The volume does change here and there, and a few spots sound just a little like they were recorded in a cavern. So the technical side could use a little polishing. 4/5 stars.

I received a complimentary review copy of this book in exchange for an honest review. All opinions are truly my own.
Read more
Helpful
Comment Report abuse
See all reviews