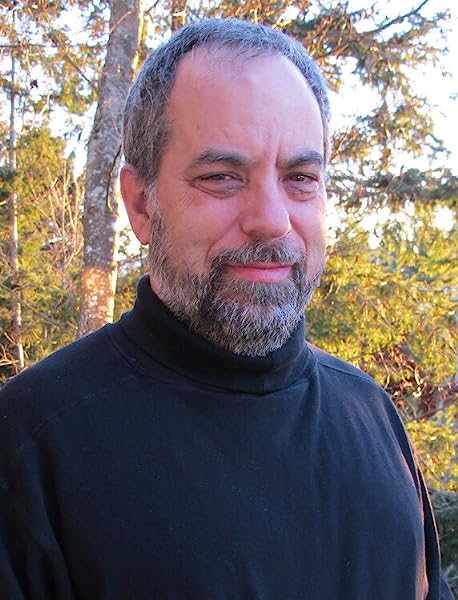 by M. L. Buchman (Author)
4.6 out of 5 stars 75 ratings
Book 5 of 7: The Night Stalkers
See all formats and editions
Sorry, there was a problem loading this page. Try again.
Read more Read less
Previous page
Next page

"The Night Stalkers series just keeps getting better and better! Light Up the Night is the perfect blend of riveting, high-octane military action interspersed with tender, heartfelt moments. With a sigh-worthy scarred hero and a strong Irish redhead heroine, Buchman might just be at the top of the game in terms of relationship development. " - RT Book Reviews

"Buchman's writing is smooth and fast-paced, full of visceral adrenaline-packed scenes and authentic military details, while his characters enjoy simmering chemistry, with love scenes bordering on the poetic at times." - Publishers Weekly

"Besides the excellent characterization of strong women and the men attracted to them, and romantic and sensuous sex scenes, Buchman brings signature technical knowledge... A great addition to a superb military-romance series." - Booklist

M. L. Buchman has over 25 novels in print. His military romantic suspense books have been named Barnes & Noble and NPR "Top 5 of the year" and Booklist "Top 10 of the Year." In addition to romance, he also writes thrillers, fantasy, and science fiction.

In among his career as a corporate project manager he has: rebuilt and single-handed a fifty-foot sailboat, both flown and jumped out of airplanes, designed and built two houses, and bicycled solo around the world.

He is now making his living full-time as a writer, living on the Oregon Coast with his beloved wife. He is constantly amazed at what you can do with a degree in Geophysics. You may keep up with his writing at mlbuchman.com.
Tell the Publisher!
I'd like to read this book on Kindle

4.6 out of 5 stars
4.6 out of 5
75 global ratings
How are ratings calculated?
To calculate the overall star rating and percentage breakdown by star, we don’t use a simple average. Instead, our system considers things like how recent a review is and if the reviewer bought the item on Amazon. It also analyzes reviews to verify trustworthiness.
Top reviews

Smitten with Reading
4.0 out of 5 stars B rating...
Reviewed in the United States on September 2, 2014
Verified Purchase
My Review:
I've been a fan of this series from the very beginning. The technical aspects in this one did get a bit too much this time, but that could have just been my mood because I've enjoyed the technical aspect in the other books. Regardless, I just got where I was just scanning that part of the story because the romance in this one was fantastic.

Bill is a SEAL. He comes into contact with the NightStalkers when they are called in to rescue hostages from Somali pirates. Bill has been embedded undercover with the pirates for several months, but his mission is about to go to crap when Trisha saves him in her Little Bird helicopter. He's not exactly happy with the rescue since it blows his cover and that was before he discovered that it was a woman doing the rescuing.

Like all the Night Stalkers, Trisha is an incredible helicopter pilot, but she's new to the group and has some things to learn about teamwork. She's always been the best and reacts that way. But now in a team where they are all that good, she needs to react as part of the team so that they all perform better. It's an adjustment for her. Trisha was a complex character. She grew up as a very wealthy Bostonite, but chose to run with a gang and live on the street rather than deal with her parents. As a result, she's an interesting mix of really tough girl socialite.

I loved these two characters together and loved how we got to know their families and backgrounds in the story. I loved how they react to one another and just how good both of them are at reading other people. Bill's knowledge when Trisha gets shot gave me goosebumps. They were simply right together. I also enjoyed the fact that this book took place on an almost deserted ship...it created an interesting ambience to the story. And I've said it before, any of these books where Michael makes an appearance is good in my view. I love the connection between him and Trisha.

This is also an amazing book in that it spotlights the mission in Mogadishu that went so wrong twenty plus years ago. My husband was in the Air Force and was part of the responding mission to that incident, which was my first deployment as a military spouse sitting at home watching the horror on CNN. I liked that the book brought it to light again, because those men that lost their lives and were wounded sacrificed so much. They deserve to be honored and not forgotten. Mistakes were made and good men lost everything because of it, but this book brings hope (even in a fictional world) that those mistakes were learned to save other lives later. It's hard to believe that country continues to be such an incredible hotbed of international crimes. Hopefully, someday that will change.

I was worried because the epilogue of this book was written like it was a final book in the series...with a glimpse of everyone from the past stories, but I was happy to see on Amazon earlier today that there is another book listed as coming soon in this series. Yay! I love the Night Stalkers and still have hope that Michael will find his HEA soon, too!

I received a complimentary copy of this book in return for an honest review.

Kiaorateora
5.0 out of 5 stars More please!
Reviewed in the United States on April 18, 2015
Verified Purchase
I love M. L. Buchman! He brilliantly writes truly strong and intelligent women with wonderfully unique and kick ass skills! He also writes smart and humble men as their counter points and that's exactly what you find in Tricia and Billy. I love that Buchman does thorough research on military life and his descriptions on missions and military equipment and weapons is mind boggling. I feel like I'm truly learning something new and that his military scenes are accurate and therefore exciting and action packed. Throw a bit of romance in the mix and I'm hooked! I also love that he makes his main characters more equal and they are more like partners than just a lovely dovey couple. They are each talented and strong in their own way so when they get together, it's that much more interesting to witness two fully grown adults share their strengths and vulnerabilities with each other. I get tired of the New Adult genre of young, clueless (and usually damaged) kids who have no direction in life play relationship games. Or worse, the alpha male man whore who meets the virginal innocent and suddenly he changes his playboy ways to be with her while beating up every male who even glances her way and she "saves" him by her sweetness and kindness while giving her V card to him with the speed of lightening. This is not Buchman's style! Billy has every right to act the big tough alpha male. He is a SEAL after all. Butt he's not. He's skilled and crazy good at his job but that's it. On a ship full of other military special operators, he's just a guy who's really good at his job. Tricia could easily act the arrogant SOAR pilot, one of only a handful of women who do this job. But she's not. She's just trying to stay sharp so she can not only stay on the team but make a good reputation for herself as a good team member. Like I said, two fully grown adults! And like I said in my heading, more please!
Read more
One person found this helpful
Helpful
Report abuse

This is the 5th book in the series, they are all pretty much stand alone but, as with any series you have a better understand of the surrounding character's if you read them in order.
Read more
Helpful
Report abuse

fiction addict
5.0 out of 5 stars Fan of ML Buchman
Reviewed in the United States on March 27, 2015
Verified Purchase
I have enjoyed all of the Night Stalkers series, and I definitely liked Trisha and Billy's story. Against the backdrop of military missions they learned to understand and rely on one another. I like the way Buchman creates strong characters and focuses on their military skill as well as the relationships they become involved in. Looking forward to reading the next book in this series.
Read more
Helpful
Report abuse

NancyB
5.0 out of 5 stars Excellent
Reviewed in the United States on May 7, 2018
Verified Purchase
This book is a fantastic way to use your time and money! These books are definitely some of the best that I have ever crawled into during a month long one click binge!
Read more
Helpful
Report abuse

Bungluna
4.0 out of 5 stars Military romance done right!
Reviewed in the United States on September 16, 2014
Verified Purchase
This is the fifth full-length novel in the series. By now I've come to expect the great action scenes that make me feel like I'm right there and the great heroines. Buchman does military romance very well, never short-changing the setting and action or the emotional thread of the story. I can't wait for the next one! Highly recommend to those who enjoy military, suspense, action romance.
Read more
Helpful
Report abuse

angie waters
5.0 out of 5 stars He lit up her nights
Reviewed in the United Kingdom on January 27, 2015
Verified Purchase
Part 9 in this thrilling series of action filled books.I love the fact we are following the action from the woman's point of view.I enjoyed the on going relationship of Billy and Trish.and to also continue finding out more about the s.o.a.r characters.
Read more
Report abuse

Kindle Customer
5.0 out of 5 stars A book for D-boy Gibson please
Reviewed in the United Kingdom on October 17, 2014
Verified Purchase
great book. great series. would record reading all in order if you have not read them. it's not necessary for the book but they are worth the read. loved Billy what a great guy and Trisha was a kick ass character. so nice to read a strong female lead. Please please please give Michael Gibson his own book. we need one xxx
Read more
Report abuse
See all reviews
Back to top
Get to Know Us
Make Money with Us
Amazon Payment Products
Let Us Help You
EnglishChoose a language for shopping. United StatesChoose a country/region for shopping.
© 1996-2021, Amazon.com, Inc. or its affiliates