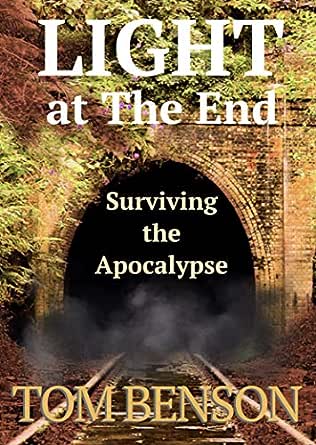 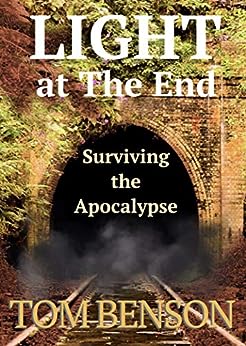 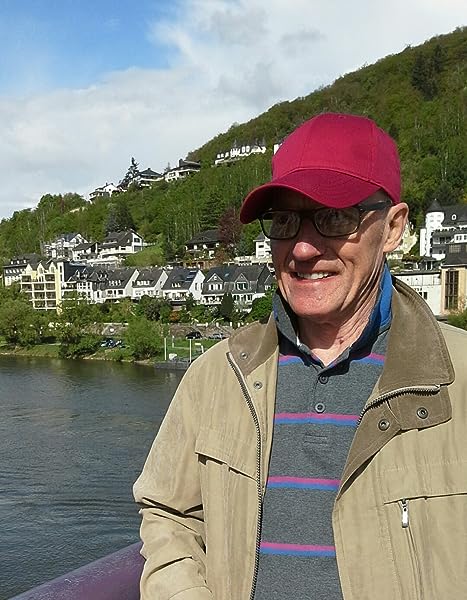 Light at The End: Surviving the Apocalypse Kindle Edition

4.1 out of 5 stars
4.1 out of 5
9 customer ratings
How does Amazon calculate star ratings?
Amazon calculates a product’s star ratings based on a machine learned model instead of a raw data average. The model takes into account factors including the age of a rating, whether the ratings are from verified purchasers, and factors that establish reviewer trustworthiness.
Top Reviews

R3
5.0 out of 5 stars Light at The End
Reviewed in the United States on January 19, 2020
Verified Purchase
Despite another review, there is no political agenda in this book. I hate books that point fingers at one party or the other, but I saw no evidence of that in this story. No parties are mentioned, just the stupidity and arrogance of political leaders who either 1) claim superiority over others or 2) are willing to sacrifice innocent lives because they have been insulted. The culprits may resemble personages from today's world, but the characteristics are universal and have existed since politics have been around. The actions, which take place in the future, are not the result of party politics, but the actions of individuals. Enough said... on to the story.

The story is more than a simple "How do we survive the apocalypse?" There's a bit of a murder mystery thrown in, which adds to the appeal. I'm always a sucker for a good whodunit. There's a diverse cast of characters, but the author gives readers reminders of who they are throughout the story, so it's easy to remember each of them. And they have their unique personalities. Some you like, and others you don't. I like how the author gets the characters to work together for the survival of all. And you'll be in for a surprise at the end. All in all, a well thought out and developed story.
Read more
2 people found this helpful
Helpful
Comment Report abuse

Robert Lalonde
5.0 out of 5 stars Looking forward to the sequel
Reviewed in the United States on January 30, 2020
Verified Purchase
Brash words by an American President aimed at leaders in the Middle East lead to a conflict that quickly escalates to epic proportions. Weapons are deployed and the ensuing mushroom clouds bring the world as we know it to an end for many people. A small, but fortunate, group of tourists in the Scottish Highlands manages to find shelter in an abandoned railway tunnel and survive the bombings.

Author Tom Benson puts you in a front row seat with the tourists as they try to survive in a hostile environment. Fortunately, there are a few capable individuals in the group and they begin the work of transforming the space. However, the difficult situation gets more complicated when one of the tourists is murdered, and the plot thickens...

A good premise for a story and good story-telling make for a compelling read in this apocalyptic tale. I’m looking forward to the sequel.
Read more
One person found this helpful
Helpful
Comment Report abuse

reader2010
5.0 out of 5 stars An interesting take
Reviewed in the United States on January 19, 2020
Verified Purchase
On what happens after the worst that could happen. The old railway tunnel is an interesting idea. Set a in the not so distant future, a bus filled with day trippers is touring the highlands. Given that the setting is Scotland, there are no handy preppers with guns, instead the people involved must use brains and talent to survive. And there is a mystery as well. An easy read, I enjoyed this fantasy.
Read more
2 people found this helpful
Helpful
Comment Report abuse

Patrick
5.0 out of 5 stars Great apocalyptic twist
Reviewed in the United States on May 28, 2020
Verified Purchase
Having read quite a lot of Mr. Benson's previous books, I was expecting a hardened band of highly capable former military types to be at the heart of this story. That he sets up a scenario where the survivors of a nuclear strike who seek safety in a disused railway tunnel in the Scottish Highlands, are largely anything but that, was as it turns out the perfect way to go. This is one of those books that just grabs hold early on and off you go on the journey. Typical of Tom Benson, there is of course intrigue in a murder but most important is the pace and rhythm of his storytelling style that I have gotten used to. Some authors struggle to cross genres but not this one. The voice of the author is still the same, and that comes across more in terms of the dynamics than anything else. I loved it. It is clever, original and above all else for me, entertaining. Pick this up today.
Read more
Helpful
Comment Report abuse

Kindle Customer
5.0 out of 5 stars A tale of survival
Reviewed in the United States on January 23, 2020
Verified Purchase
Light at The End is a book that makes the pages turn faster as one moves along. It is a futuristic novel that takes place in the panoramic mountain side of Scottland in the year 2065.After a nuclear attack surprises a group of mountain hikers, the author leads the reader with brilliant characters through surprising reversals, rich landscapes, and deep shadows of menace and murder, in an unfailingly tense and suspenseful read.
Carmen
Read more
One person found this helpful
Helpful
Comment Report abuse

Fast reader
3.0 out of 5 stars Very unusual apocalyptic setting
Reviewed in the United States on June 4, 2020
Verified Purchase
No zombies, no wandering, very minimal collecting of other people during the apocalypse and an almost static setting. However, there is a killer among the survivors and they don’t know who it is. Despite all of this it doesn’t read like a thriller and while decently written with few typos, and decent editing, it doesn’t keep you riveted either. An okay read but not a great one.
Read more
Helpful
Comment Report abuse

optingout
1.0 out of 5 stars Woke Apocalypse
Reviewed in the United States on January 17, 2020
I was looking for something quick and short but interesting and engaging. Instead I got a lecture on a nutty US president who instigated WWIII and nuclear armageddon, despite the best efforts of the wonderful black female prime minister of England. And then out of the passengers on a tour bus in the Scottish highlands, it's the White businessman who's obnoxious and troublesome but the black from London is strong and helpful, and the Asian (i.e. subcontinental) has medical skills, and . . . I put it down in absolute disgust at that point. If you want a leftist political screed poorly disguised as an end-of-the-world novel, this book's for you. Otherwise, avoid.
Read more
2 people found this helpful
Helpful
Comment Report abuse

Theresajcbs
5.0 out of 5 stars Fast paced
Reviewed in the United States on February 6, 2020
I wasn't sure what to expect going into this book, thinking how interesting can a story about a group of people trapped in a tunnel be? Well be prepared to read on into the night. It's more than surviving the worst thing imaginable - nuclear war - there is also something in the tunnel already and then a murder. You want to find out who's the murderer, what else is in the tunnel, and what's left of the world if they get out.
Read more
Helpful
Comment Report abuse
See all reviews from the United States

Maria
4.0 out of 5 stars Light at the End
Reviewed in the United Kingdom on February 13, 2020
Verified Purchase
Recommend to readers who enjoy apocalyptic stories.
As a general reader, I quickly became caught up with wondering if the group going to survive and then how would they fare longer term. Alongside the survival story, suspense is built by the unnatural death of a group member and the realisation there may have been a rogue passenger aboard the coach who had infiltrated their group. But who could it be? The book has a rounded finish but includes a little tease, suggesting there will be a sequel.
Read more
Helpful
Sending feedback...
Thank you for your feedback.
Sorry, we failed to record your vote. Please try again
Report abuse