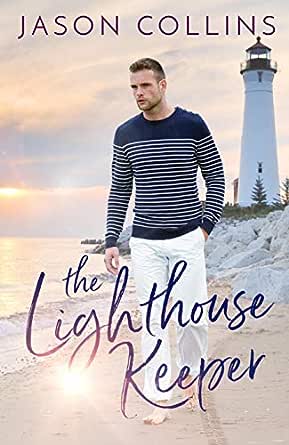 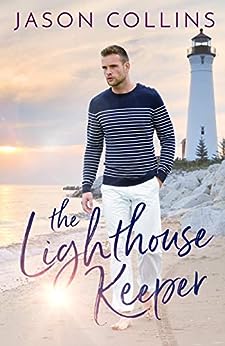 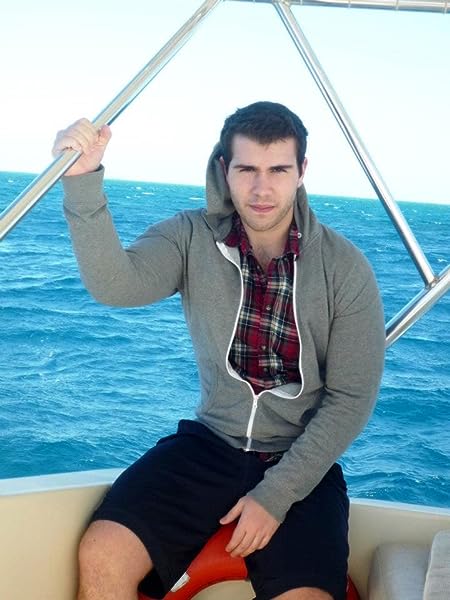 4.7 out of 5 stars
4.7 out of 5
26 customer ratings
How does Amazon calculate star ratings?
Amazon calculates a product’s star ratings based on a machine learned model instead of a raw data average. The model takes into account factors including the age of a rating, whether the ratings are from verified purchasers, and factors that establish reviewer trustworthiness.
Top Reviews

She who shall remain nameless
5.0 out of 5 stars 4.5 stars rounded up to five
Reviewed in the United States on July 28, 2020
Verified Purchase
Wow! This was a really great read! I could not put this down even to eat! The mystery was intriguing and not overly obvious as they usually are. Honestly, it was just refreshing that the bad guy wasn’t just some homophobic preacher again. It seems like every other mm romance that I read lately has that plot line. The characters were compelling as well. Nicholas was hands down my favorite in the book. What an absolute sweetheart! Alex took much longer for me to warm up to. I just wished sometimes that he would just ask his questions directly instead of trying to trick people out of things. That being said, this was a thoroughly entertaining read which was also well edited and I highly recommend picking this up!
Read more
One person found this helpful
Helpful
Comment Report abuse

C. B.
5.0 out of 5 stars Always ask why!
Reviewed in the United States on July 30, 2020
Verified Purchase
Alex, a reporter is loved by his Aunt Beth who mysteriously died. He travels to Briton Bay to investigate. Nicholas, next door neighbor, fled his former life now works as the lighthouse keeper hoping to start a new life. Aunt Beth had high hopes for these two men. Everyone has good things to say about Aunt Beth to Alex. He struggles with his grief and his guilt. He teams with Nicholas to analyze the town and what's going on. Alex notices everyone acts odd, even the people who profess to love Aunt Beth. Do Alex and Nick find out what happened to Aunt Beth? What is going on with the Bay's redevelopment? Aunt Beth was a holdout, does Alex sell? Good story. Good mystery. Alex and Nick make a good team. I received an ARC and am voluntarily leaving a review.
Read more
Helpful
Comment Report abuse

Rpaez
5.0 out of 5 stars Suspenseful to the limit
Reviewed in the United States on July 26, 2020
Verified Purchase
An awesome book without a doubt. A two genre book that kept me up reading. It's a murder mystery mixed in with love and heat. Alex is the nephew of a very famous ex-actress. Nicholas is a surgeon who left his calling. Beth the actress died and Alex didn't know she had been ill. When he reaches his aunt's house, he starts suspecting murder. Nicholas lives across the way in a lighthouse. He knew Beth well. There's nothing like reading your own copy of this book, sitting down and don't plan on getting up.
Read more
Helpful
Comment Report abuse

Shelley D Chastagner
5.0 out of 5 stars Alex and Nicholas
Reviewed in the United States on August 4, 2020
Verified Purchase
Wow, this book was great!
Something quite different from what we’re used to with our beloved Jason Collins… it’s not the hot and steamy story you might expect from him. Instead, it’s a lovely, slow-burn story with a solid ground of mystery.
Alex and Nicholas start with annoying each other, then they get to be somewhat unlikely allies, before finally surrendering to their feelings.
I loved both the mystery part of their story as well as the growing relationship between the two MCs.
Read more
Helpful
Comment Report abuse

Grady HarpTop Contributor: Children's Books
HALL OF FAMETOP 50 REVIEWER
5.0 out of 5 stars ‘There was something about this man…a Greek statue come to life’
Reviewed in the United States on August 4, 2020
Author Jason Collins has over fifty successful novels to his credit so far, covering all aspects of gay relationships. He has proved to his large audience that he can handle humor as well as erotica, and now examines past histories and reconciliation – the fear of being out and the mistrust of entering relationships – and past mysteries.

One of Jason’s valuable skills is his ability to nudge the reader into his new novel by offering the mind sets of each of the two main characters, in THE LIGHTHOUSE KEEPER they are Alex and Nicholas: ‘: Alex - Love is riskier than chasing down a lead. My aunt loved me like a son—until she mysteriously passed away. Now I’m racing to Briton Bay to put my reporter skills to work. Nicholas, the lighthouse keeper, is a rare new face in this sleepy coastal town, and his connection to my aunt isn’t the only reason I’m interested. He’s not just a neighbor I keep bumping into, he’s a former doctor with a puzzling past I’m endlessly curious about—and a face I wouldn’t mind seeing every day. It isn’t long before we feel an undeniable spark, but our relationship is a new complication. Falling in love on the job wasn’t in my plans. I owe it to my aunt to keep a clear head, but I can’t investigate when all I can think about is Nicholas. I’ll need his insights to get to the bottom of this, and the closer I get, the more I risk heartbreak for us both. As it turns out, Nicholas may be the biggest mystery of all. Nicholas - I wanted a fresh start, but trouble follows me. I moved to Briton Bay to escape my past. It was never the plan to make friends with the locals, least of all my elderly neighbor. Her passing is a shock, but not as much as her nephew, a reporter, arriving in town to investigate. Alex is as sharp as he is hot, and I can’t keep my eyes off him. The last thing I need right now is romance, but I have second thoughts when our investigation brings us closer than I planned. Now there’s more at stake than I ever expected. But the sooner he solves this mystery, the closer he is to leaving town forever. I should keep my heart out of it—but that’s the one thing I can’t do. The more we’re together, the more dangerous this becomes.’

Opening with a mood setting thought from Alex, we read. ‘Briton Bay, my home away form home, although I hadn’t been here in years. Still, I knew exactly which bus to take to my aunt’s house, and knew how much it’s cost to get a taxi after that, the trek form the bus stop to the taxi lane only composing the first half of the trip. It was a long way from New York City to the beach in Briton Bay, and Beth’s home was as close to the beach as legally possible because she never wanted it to be too accessible to what she considered the common man. Because Beth was any thing but common. My aunt had been a star…’

A better overview of this well written story would be difficult to find, but the pleasure is in the reading and as with all of Jason’s books, the rewards are lasting! Another solid book by Jason Collins. Grady Harp, August 20
This book is free to borrow from Kindle Unlimited
Read more
Helpful
Comment Report abuse

julianne
5.0 out of 5 stars The Lighthouse Keeper
Reviewed in the United States on August 4, 2020
I read this book as part of an arc program. Alex returns to Briton Bay after his beloved aunt Beth passed away and he is left her estate. Beth was a former Hollywood actress and Alex was her favorite nephew, he spend his summers growing up with her. When Alex arrives, Beth has already been cremated and he never got to say goodbye. Alex is a reporter and things are not what he thinks they should be and he starts to think someone was responsible for Beth's death. There was a developer in town who wanted to buy Beth's home, but she didn't want to sell and when he starts to hound Alex to sell, Alex thinks he might have something to do with her death. Nicholas is a neighbor of Beth's that lives in a lighthouse. When another neighbor suggests Nicholas might have been trying to get Beth's money, Alex starts to suspect him. Alex soon clears Nicholas and together they investigate things, while growing closer to each other. Alex is going to return to New York, but Nicholas is wishing he would stay. I loved this book, it was different because there was suspense and danger. I couldn't out it down. I loved the chemistry between Nicholas and Alex. Another great one from Jason.
Read more
Helpful
Comment Report abuse
See all reviews from the United States