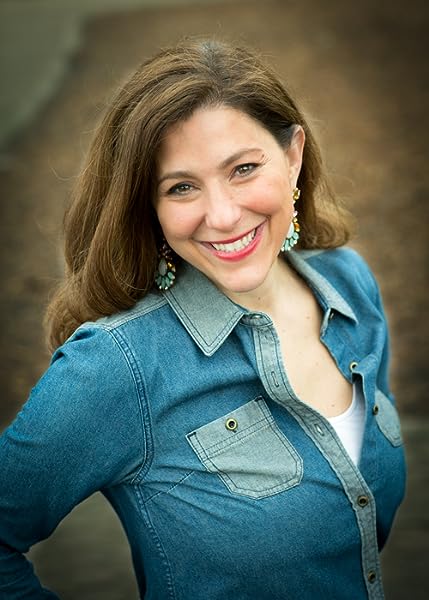 Likeable Social Media, Third Edition: How To Delight Your Customers, Create an Irresistible Brand, & Be Generally Amazing On All Social Networks That Matter
$25.00
(132)
In Stock.

A friend’s recommendation is more powerful than any advertisement. In the world of Facebook, Twitter, Vine, Instagram, and beyond, that recommendation can travel farther and faster than ever before. Packed with brand-new case studies from today’s emerging social sites, this updated edition of Likeable Social Media helps you harness the power of word-of-mouth marketing to transform your business. Listen to your customers and prospects. Deliver value, excitement, and surprise. And most important, learn how to truly engage your customers and help them spread the word.

CARRIE KERPEN is a self-described (Non)trepreneur, author, keynote speaker, and social media expert. She is the CEO and co-founder of social media agency Likeable Media, an award-winning, global agency that works with Fortune 500 clients.

MEG RIEDINGER is the Chief of Staff at Likeable Local and Co-Host and Producer of the award winning social media podcast, Likeable Radio Show.

Dave Kerpens insights and clear how-to instructions on building brand popularity by truly engaging withcustomers on Facebook, Twitter, and the many other social media platforms are nothing short of brilliant.
JIM McANN, founder of 1-800-FLOWERS.COM and Celebrations.com

Alas, common sense is not so common. Dave takes you on a (sadly,much needed) guided tour of how to be human in a digital world.
SETH GODIN, author of Poke the Box

Likeable Social Media cuts through the marketing jargon and technical detail to give you what you reallyneed to make sense of this rapidly changing world of digital marketing and communications.
SCOTT MONTY, Global Digital Communications, Ford Motor Company

Dave gives you what you need: practical, specifi c how-to advice to get people talking about you.
ANDY SERNOVITZ, author of Word of Mouth Marketing:How Smart Companies Get People Talking

CARRIE KERPEN is a self-described (Non)trepreneur, author, keynote speaker, and social media expert. She is the CEO and co-founder of social media agency Likeable Media, an award-winning, global agency that works with Fortune 500 clients.

MEG RIEDINGER is the Chief of Staff at Likeable Local and Co-Host and Producer of the award winning social media podcast, Likeable Radio Show.

J. S. Martin
3.0 out of 5 stars A Great Introduction to Social Media
Reviewed in the United States 🇺🇸 on June 15, 2015
Verified Purchase
Understanding who this book is for and who it is not for will really impact how you benefit from Likeable Social Media. First a few things of note:

1. The book is a quick and easy read with lots of excellent examples
2. There is an excellent introduction to social media for novices
3. The author clearly has mastery of the topic

So, if you are new to social media and are focused on end-user engagement then you will probably really benefit from this book.

However, if you are already using social media and really want to take your strategy to the next level you may want to rely on alternatives. What I was hoping to get from this book was specific strategies on the various social networks highlighted on the cover. Instead, the book was really focused on general social media strategies - listen to your customers, engage, etc. These are all important but anyone engaged in social media tends to understand why it is important. As someone that works in the B2B space I wanted something more tactile such as 'here are some great tools for following trends on twitter' or 'here are ways to get your tweets better noticed' or 'posting on Mondays on Linkedin is a bad idea'. Again, I still got something from the book but it wasn't really what I had hoped for.

The only area I would specifically highlight where the book let me down is the decision to highlight several social networks on the cover and in the title. This led me to believe there would be a discrete discussion on best practices for each network but most warrant passing mentions which left me a little disappointed.
Read more
47 people found this helpful
Helpful
Report abuse

Douglas Burdett
5.0 out of 5 stars How social media can make you more likeable!
Reviewed in the United States 🇺🇸 on November 12, 2015
Verified Purchase
The media could not be loaded.
Hi I’m Douglas Burdett, host of The Marketing Book Podcast and I’d like to tell you about the book, “Likeable Social Media, Revised and Expanded: How to Delight Your Customers, Create an Irresistible Brand, and Be Amazing on Facebook, Twitter, LinkedIn, Instagram, Pinterest, and More” by Dave Kerpen.

This updated version of the New York Times bestseller beautifully explains how marketing in a social media world is not about broadcasting your message and getting the largest reach and frequency.

It’s about tapping into the conversation, listening, engaging, and empowering. The loudest, biggest spenders don’t win anymore. The smartest, most flexible listeners do.

The book includes 18 strategies to help you create an irresistible brand through online social channels to become more transparent, responsive, engaging and profitable.

New to social media? It also includes an appendix that is a primer on the most popular social media channels. If you want to get a handle on this week’s social media technicalities and minutia, this is not the book to read. But if you are a CEO, business manager or marketer who wants to gain a really solid strategic foundation for using social media to grow your organization and build your brand, read this book and you will rule!

Beverly Tan
5.0 out of 5 stars Rocked my social media world!
Reviewed in the United States 🇺🇸 on June 22, 2015
Verified Purchase
I originally came across the first edition of this book because it was my textbook for my first and only social media marketing class my senior year of college.
This book ROCKED. MY. WORLD. I read the whole thing in about 2 sittings and kept it in my book bag all day every day. I was brand new to marketing and rose to the top of my class because I really took away some great lessons. I loved this book so much that I preordered the 2nd edition AND Likable Business about 3 days later. I was even more excited when the book came in earlier than expected.

A few months later I bought another copy for two reasons. 1. I told my mom to read it and she loved it so much it was hard to get it back from her. 2. The spare copy now resides in my office as the social media bible.

I also constantly tweet about how much I love this book and made all my friends read it, though I dare not lend out my copy for fear of never getting it back. I am the consumer this book talks about, the one that tells the world about products I love ALL the time.

Read this book if you do anything in social media, there's so much to learn Dave's perspectives and it's in the most likable voice!
Read more
2 people found this helpful
Helpful
Report abuse

Chad Dresden
5.0 out of 5 stars Dave Will Make You More Likeable!
Reviewed in the United States 🇺🇸 on June 28, 2016
Verified Purchase
This book was excellent!

I have a tendency to read books twice. The first time straight through--then taking notes the second time.

I just finished up the second round of reading "LIkeable Social Media" and I've created a nice swipe file of material to use as a reference.

Dave does a great job utilizing concrete examples that relate to the topic of each chapter, which is imperative if you're a beginner since you won't relate to abstractness.

Two main elements of this book are my favorite:

1. The action items at the end of each chapter.
2. Case study examples utilized throughout the book.

The action items really help engrain the knowledge of the book into you and get you accustomed to implementing social media best practices.

Case studies can be found throughout the book in two formats--one being in figures throughout the book listing examples to check out that are currently doing what the lesson says, and the other being stories within the paragraphs. These are equally beneficial as they give readers clarity to what Dave is preaching.

The book is a must buy for all people implementing Social Media Marketing!
Read more
3 people found this helpful
Helpful
Report abuse
See all reviews

James
4.0 out of 5 stars Great book
Reviewed in the United Kingdom 🇬🇧 on August 18, 2015
Verified Purchase
Pleased with this book. It was delivered super fast.
Read more
Report abuse

Mark Ryan
4.0 out of 5 stars Useful Information
Reviewed in Canada 🇨🇦 on August 2, 2016
Verified Purchase
I had to read this book for a university communications class. It was the best textbook I've ever had to purchase as it will be one that I can look back at in the future. The writing style is conversational and there are a ton of great ideas that a marketer, or entrepreneur can implement immediately.
Read more
2 people found this helpful
Report abuse