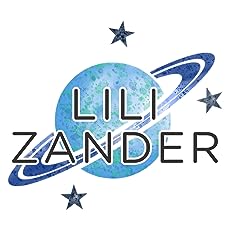 Lili Zander is the sci-fi romance loving alter-ego of Tara Crescent. She lives in Toronto. She enjoys reading sci-fi and fantasy, and thinks a great romance makes every book better. 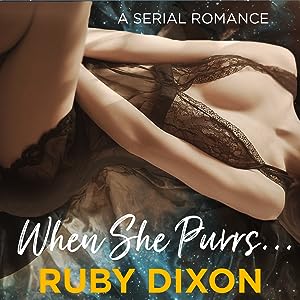 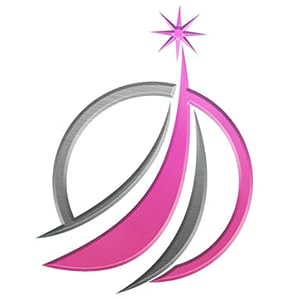 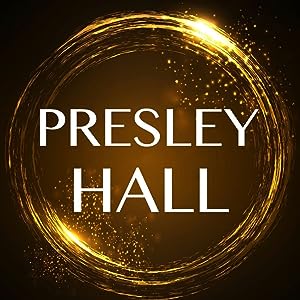 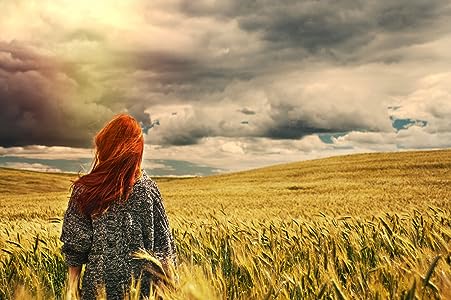 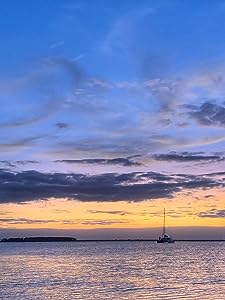 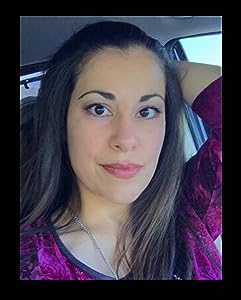 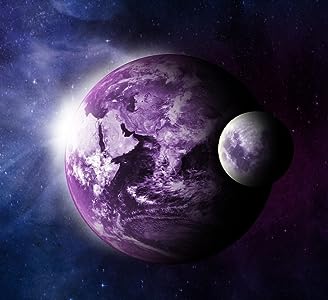 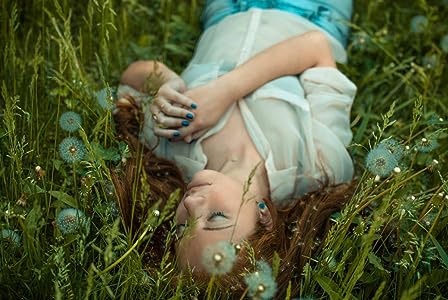 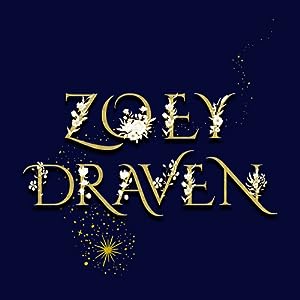 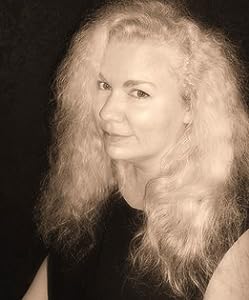 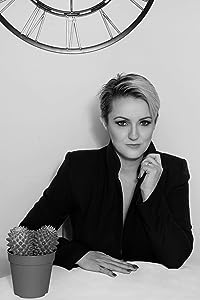 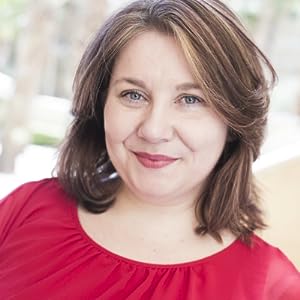 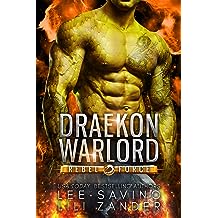 Top 3 Reasons I should stay away from Danek:


1. He’s on a super-secret, important mission for the Rebellion. He’ll be undercover on a hostile planet, surrounded by people that want to kill him.
2. He’s gorgeous. Entirely unattainable. Way, way out of my league.
3. I’m forty, but I’m supposed to pose as his fake fiancée.
4. And he’s a really, really good actor, because when he kisses me, it feels real. When he wraps his arms around me, I want to stay in his embrace forever. (Okay, fine, that’s four reasons.)

This mission hasn’t even started, and it’s already a disaster.

Top 3 Reasons I should stay away from Naomi:


1. I’m on a super-secret, important mission for the Rebellion. I’ll be undercover on a hostile planet, and I might not be able to protect her.
2. This isn’t the time for a pretend-relationship. With Naomi as my fake wife. There’s nothing fake about my feelings for her. She’s so beautiful. And strong. And we can’t keep our hands off each other...
3. This is a bad idea. I know it is.

But the first time we touched, I knew Naomi was my mate. No matter what happens on the mission, I cannot let her go.
Read more
Other Formats: Paperback 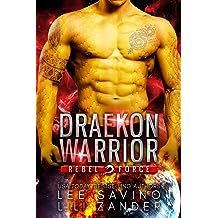 Captured in space. Imprisoned. Sold to the highest bidder.
But my biggest problem is the bossy, aggravating, impossible, alien who’s supposed to rescue me.


The bossy alien I kissed.

Kadir is dangerous. I’ve seen him fight and his body is littered with scars. He’s a soldier. A warrior. And when he loses control, he turns into a big scary dragon and breathes fire.

Everyone’s terrified of him. I’m not. No, call me the biggest fool in the galaxy, because I’m attracted to the big jerk.

When I first met the small human I was sent to rescue, she punched me in the jaw.


And broke her wrist in the process. Irrational woman.

Then she insists that the two of us set out immediately to find her missing friend.

No, what I have to do is get Alice Hernandez to safety.

She’s soft, yet she’s strong.
Fragile, yet so brave.

She’s everything I’ve never known I wanted.
Everything I can’t let myself have.

When the scientists tortured me, they broke me. And when Alice finds out the truth about the fearsome, raging dragon inside me, I will lose her.
Read more
Other Formats: Audible Audiobook , Paperback 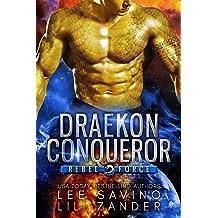 I’ve lived an eternity. I’ve killed thousands. Destroyed worlds.
I thought I’d seen everything. I didn’t think there was anything left in the galaxy that could surprise me.
Then I met her. Lani Dennison. A human woman. My mate.

Zorahan scientists tortured her. I killed them, of course.
Okaki pirates abducted her. I tracked them down and infiltrated their ship. Routine stuff. Nothing that presented a problem to a trained soldier that could shift into a fire-breathing dragon.

I expected her to be smart. You’d have to be, to survive the Okaki pirates. 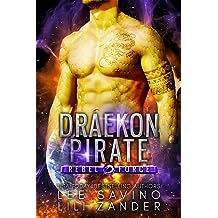 I thought human women were fragile and helpless.


Then I met Diana.
A pirate.
Who knifed me the first time we met.
Who makes it clear that she doesn’t need to be rescued.
My mate.

When we’re not fighting each other, we flirt.
I call her spitfire.
She promises to burn me.
Diana’s warm. Passionate. Daring. I would happily lose myself in her fire.

But she's involved herself in a dangerous undertaking. She’s feeding covert intelligence to the Rebellion. And she’s drawn the attention of my mass-murdering psychopath brother.

To protect her, I need to pretend that Diana doesn’t matter to me. I need to walk away.

But I’m Draekon. And Diana is my mate. Leaving is never an option.
Read more
Other Formats: Paperback 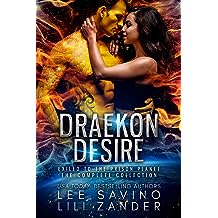 
For the safety of the galaxy, we’ve been exiled to a prison planet.

Then a spaceship carrying human women crashes into our lives.

The instant we lay eyes on them, we know.

They are our mates.
Ours to protect.
Ours to cherish. 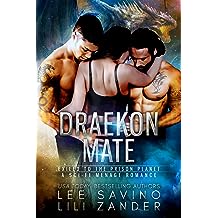 
The Zorahn wanted women for some kind of super-secret science experiment, and I volunteered. Dumb move, right? But they promised we’d be safe, and they offered a lot of money. Money I needed desperately.

Of course, everything went wrong.

Our spaceship has crashed on a prison planet, one where the Zorahn exile their most dangerous criminals. My friends are injured. I’m all alone on a jungle planet where everything is designed to kill me.

Then I run into the Draekons. When they see me, they change into dragons and burn the predators threatening me to a crisp. They feed me and care for me, and they keep me safe.

But there’s a catch. The Draekons insist that I’m their mate. And the only way they can shift into dragons again to save my friends? Both of them need to mate with me. At the same time.

This isn't the space vacation I thought it would be. 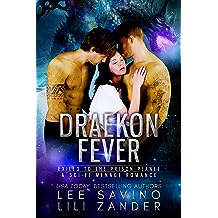 Once upon a time, two dragons saved the virgin…


Being the only virgin on the prison planet isn't so bad.

No, actually, it totally sucks.

There are two Draekons who are interested in me. Well, I thought they were, but they keep blowing hot and cold. They won’t make a move. It’s infuriating.

Then it turns out that the Draekons have a very good reason for staying away.

Because they’re ill with the fever, and it will kill them unless I can find a cure.

This time, the virgin is going to save her two dragons. 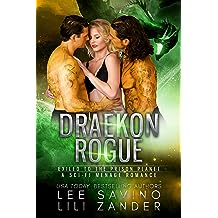 I'm caught between two alien warriors, sworn enemies intent on destroying each other. The one thing they agree on: I’m their mate.


The prison planet is a dumpster fire. War is coming.

The Draekons are on high-alert. I’m freaking out. The Zorahn soldiers are looking for the nine human women that crash-landed on the prison planet, and whether we like it or not, they intend to send us back home.

Then I get captured by two hot hunky alien warriors…

Cax, leader of the fabled lost city of the Draekons.
Hurux, the commander who wants to send me back to Earth.

And they’re my new mates.

This isn’t a fairy tale romance. This is a disaster. 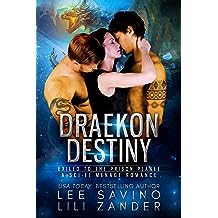 It took less than ninety days for my happy ending to fall apart.


Stuck on an alien planet? I can deal.
Abducted by rogue prisoners? No problem.
Mated to two powerful, sexy Draekons? Let’s be real. It’s not a hardship.

After three months on the prison planet, I think I’m finally free of my demons. I’m far away from home. I can start over. Here, there’s no one to hold me back. No one to sabotage my happiness.

But my mates have been plotting to escape the prison planet.
Without me.

I thought I could trust them. I thought they loved me. I was wrong.

Can we heal our shattered bond?

Is a second chance in our destiny—or were we doomed from the start?


Draekon Destiny is the fifth book in the Dragons in Exile series. It’s a full-length, standalone science fiction dragon-shifter MFM menage second chance romance story featuring a heartbroken human female, and the two sexy aliens who are determined to win her back. No M/M) Happily-ever-after guaranteed! 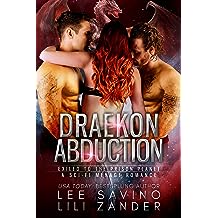 How to Fail as an Intergalactic Spy:


1. Crash spaceship on wrong planet.
2. Break leg.
3. Get abducted by rogue prisoners.
4. End up with two pairs of dragon-shifters claiming I’m their mate.

Here’s a report for the CIA: The aliens are freaking good kissers.

The mission was simple: Go to the Zorahn planet. Spy on the aliens.

One space ship crash later, we’re the ‘guests’ of a savage bunch of exiles. My cover as a bombshell bimbo is too good... because now four alien dragons are fighting over me.

They intend to court me until I choose between them. Secret mission or not, I’m gonna end up with two Draekon mates. 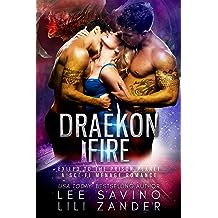 Crazy jungle planet. Killer orange fungus. Crimson snakes in the water. The worst part? While I was in a coma, I seem to have acquired two dragon mates.

When I wake from my coma, the first thing I see are two hot aliens.

And I’m informed that they’re my mates.

I don’t think so.

This isn’t the story of Sleeping Beauty, and the two sexy, possessive, Draekons aren’t my fairy tale princes.

I’m certainly not going to wake up, kiss them, and live happily ever after on this stupid prison planet, where everything’s out to kill me.

Not even if they heal me from my injuries and nurse me back to health.

Not even if they protect me, care me, and keep me safe.

Not even if their abs could grace the cover of every men’s fitness magazine back home.

Sleeping Beauty isn’t going to kiss her Draekons. She’s going to find a way back home. 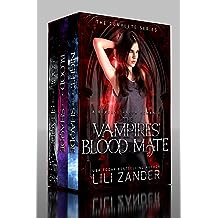 The vampires of Shayde want more than just my blood…

The first night, I was bitten.

The second night, I was hunted.

The third night—the night I was marked for death—I attracted the attention of four dangerous, enigmatic vampires.

Ragnar, Saber, Zeke, and Nero. The prince, the soldier, the hacker, and the wildcard.

To earn my freedom, I just need to survive one more night. I need to make it through the ultimate trial. The tournament of warriors.

The Night of the Shayde.

But the vampires want me for their own.

...And everyone knows that whatever vampires want, vampires get.