Lilian Jackson Braun (June 20, 1913 - June 4, 2011) was an American writer, well known for her light-hearted series of "The Cat Who..." mystery novels. The "Cat Who" books center on the life of former newspaper reporter, James Qwilleran, and his two Siamese cats, Koko and Yum Yum, in the fictitious small town of Pickax located in Moose County "400 miles north of everywhere." Although never formally stated in her books, the towns, counties and lifestyles described in the series are generally accepted to be modeled after Bad Axe, Michigan, where Braun resided with her husband until the mid-1980s.
Bio from Wikipedia, the free encyclopedia.
Read more 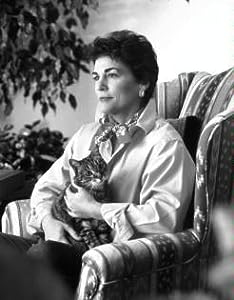 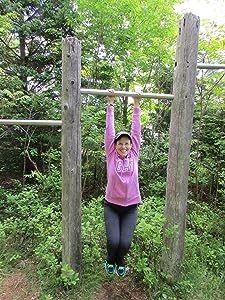 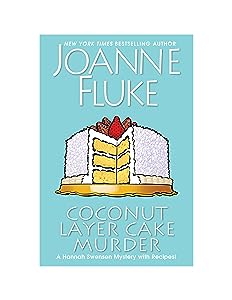 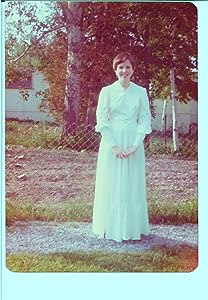 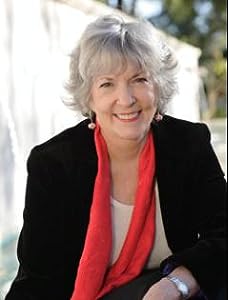 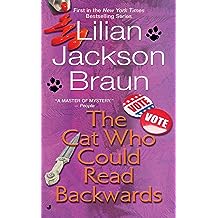 The world of modern art is a mystery to many. But for Jim Qwilleran, it turns into a mystery of another sort when his assignment for The Daily Fluxion leads down the path to murder. A stabbing in an art gallery, vandalized paintings, a fatal fall from a scaffolding—this is not at all what Qwilleran expects when he turns his reporter talents to art. But Qwilleran and his newly found partner, Koko the brilliant Siamese cat, are in their element—sniffing out clues and confounding criminals intent on mayhem and murder. This riveting beginning to the Cat Who series is the perfect cozy mystery for cat lovers to start sleuthing!
Read more
Other Formats: Hardcover , Paperback , Mass Market Paperback , Audio CD 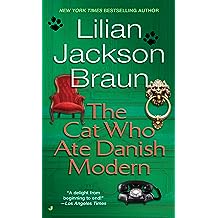 Jim Qwilleran isn’t exactly overwhelmed by his new assignment for the Daily Fluxion. Interior design has never been one of his specialties and now he’s supposed to turn out an entire magazine on the subject every week! But the first issue of Gracious Abodes is barely off the presses when Qwilleran finds himself back on more familiar territory—the exclusive residence featured on the cover has been burglarized and the lady of the house found dead. 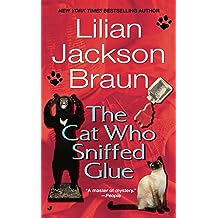 The Cat Who Sniffed Glue (Cat Who... Book 8) Mar 1, 1989
by Lilian Jackson Braun
( 349 )
$7.99
When his cat Koko develops an odd obsession, Jim Qwilleran will have to sniff out the cause in this mystery in the New York Times bestselling Cat Who series.

Having inherited millions, Jim Qwilleran and his two feline companions, Koko and Yum Yum, are preparing to settle down into a life of purrfect luxury in Pickax. That is, until the son of a rich banker and his wife are found murdered. To the police it looks like a robbery gone awry. But then Koko develops an odd appetite for glue. Qwill doesn’t spot the clue until his beloved Siamese’s taste for paste tangles them in a web of love, danger, and their stickiest case yet!
Read more
Other Formats: Hardcover , Paperback , Mass Market Paperback , Preloaded Digital Audio Player 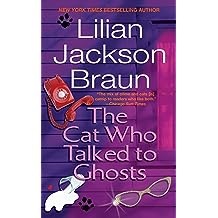 The Cat Who Talked to Ghosts (Cat Who... Book 10) Sep 1, 1990
by Lilian Jackson Braun
( 330 )
$7.99
Jim Qwilleran and his cats Koko and Yum Yum try to solve a haunting mystery in a historic farmhouse in this New York Times bestseller in the Cat Who series.

When Mrs. Cobb heard unearthly noises in the antique-filled farmhouse, she called Jim Qwilleran for help. But he was too late. It looked as if his kindly ex-housekeeper had been frightened to death—but by whom? Or what? Now Qwilleran’s moved into the historic farmhouse with his two cat companions—and Koko the Siamese is spooked. Is it a figment of feline imagination—or the clue to a murder in Moose County? And does Qwilleran have a ghost of a chance of solving this haunting mystery?
Read more
Other Formats: Hardcover , Paperback , Mass Market Paperback , Audio CD 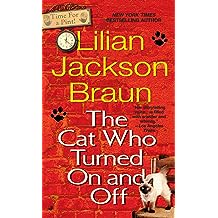 The Cat Who Turned On and Off (Cat Who... Book 3) Dec 1, 1986
by Lilian Jackson Braun
( 483 )
$7.99
Brilliant Siamese cats Koko and Yum Yum help reporter Jim Qwilleran solve a complicated murder plot in this mystery in the bestselling Cat Who series.

When Qwilleran decides to do a feature story on Junktown, he gets more than he bargained for. Not the dope den he anticipated, Junktown is a haven for antique dealers and collectors—as strange a lot as the crafty reporter has ever encountered. When a mysterious fall ends the career—and the life—of one of Junktown's leading citizens, Qwilleran is convinced it was no accident. But, as usual, it takes Koko to prove he's right. 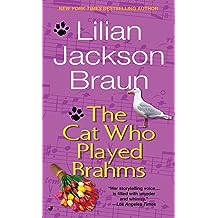 The Cat Who Played Brahms (Cat Who... Book 5) Jun 1, 1987
by Lilian Jackson Braun
( 381 )
$7.99
A murder leaves Jim Qwilleran and his cats, Koko and Yum Yum, feeling out of tune in this New York Times bestselling mystery in the Cat Who series.

Is it just a case of summertime blues or a full-blown career crisis? Newspaper reporter Jim Qwilleran isn’t sure, but he’s hoping a few days in the country will help him sort out his life. With cats Koko and Yum Yum for company, he heads for a cabin owned by a longtime family friend named Aunt Fanny.

But from the moment he arrives, things turn strange. Eerie footsteps cross the roof at midnight. The townsfolk become oddly secretive. And then, while fishing, Qwilleran hooks on to a murder mystery. Soon Qwilleran enters into a game of cat and mouse with the killer, while Koko develops a sudden and uncanny fondness for classical music...
Read more
Other Formats: School & Library Binding , Paperback , Mass Market Paperback , Audio CD 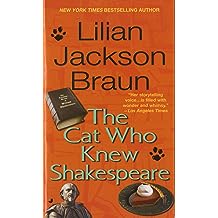 The Cat Who Knew Shakespeare (Cat Who... Book 7) Jun 1, 1988
by Lilian Jackson Braun
( 382 )
$7.99
In this mystery in the bestselling Cat Who series, there’s something rotten in the small town of Pickax—at least to the sensitive noses of newspaperman Jim Qwilleran and his Siamese cats Koko and Yum Yum.

An accident has claimed the life of the local paper’s eccentric publisher, but to Qwilleran and his feline friends it smells like murder. They soon sniff out a shocking secret, but Koko’s snooping into an unusual edition of Shakespeare may prove CATastrophic... because somewhere in Pickax, a lady loves not wisely but too well, a widow is scandalously merry, and a stranger has a lean and hungry look. The stage is set for Qwilleran, Koko, Yum Yum, and the second act of murder most meow...
Read more
Other Formats: Hardcover , Paperback , Mass Market Paperback , Preloaded Digital Audio Player 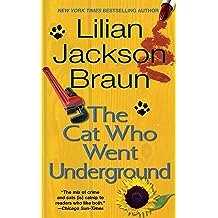 The Cat Who Went Underground (Cat Who... Book 9) Sep 1, 1989
by Lilian Jackson Braun
( 341 )
$7.99
In this delightful Cat Who mystery, Jim Qwilleran packs up his two Siamese cats, Koko and Yum Yum, for a summer of fun at his log cabin and finds himself on a trip headed straight for trouble...

The trio’s vacation in Moose County starts out ominously with the disappearance of a handyman hired to patch up Qwilleran's cabin. But the felines really start throwing catfits when they come across a dead body or two...

A serial killer may be right under Koko's nose, and now this ingenious Siamese must dig deeper to clear poor Qwilleran of suspicion—and dig up the motive for a catastrophic crime.
Read more
Other Formats: Hardcover , Paperback , Mass Market Paperback , Audio CD 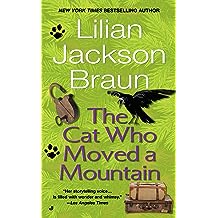 The Cat Who Moved a Mountain (Cat Who... Book 13) Oct 1, 1992
by Lilian Jackson Braun
( 276 )
$7.99
A murder in the mountains has Jim Qwilleran and his cats Koko and Yum Yum feeling on edge in this mystery in the bestselling Cat Who series.

Qwill’s on top of the world when he rents a house on Big Potato Mountain. The owner, J.J. Hawkinfield, brought real estate development to the once-peaceful Potatoes. But Hawkinfield paid a steep price for his enterprise: He was pushed off a cliff by an angry mountain dweller. Qwilleran, however, suspects the man is innocent—and Koko’s antics have him convinced something’s wrong. He may be making a mountain out of a molehill...but he’s determined to find the truth. Even if it means jumping out of the frying pan and into the fire!
Read more
Other Formats: Audible Audiobook , Hardcover , Paperback , Mass Market Paperback , Audio CD 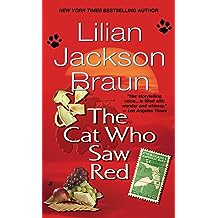 Something is amiss at Maus Haus. Not just the mystery of an unsolved “suicide” which hangs over the old mansion, but something ominous in the present-day residence. When Qwilleran moves in to work on his new gastronomical assignment, strange things begin to happen. First it's a scream in the night, then a vanishing houseboy. But when his old girlfriend disappears, something has to be done. Qwilleran, Koko and Yum Yum set out to solve the mystery—and find a murderer!
Read more
Other Formats: School & Library Binding , Paperback , Mass Market Paperback , Audio CD 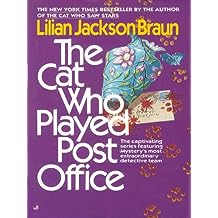 The Cat Who Played Post Office (Cat Who... Book 6) Dec 1, 1987
by Lilian Jackson Braun
( 367 )
$7.99
In this mystery in the bestselling Cat Who series, Jim Qwilleran and his cats, Koko and Yum Yum, are living the high life—until things take a deadly turn...

Inheriting unexpected millions has left reporter Jim Qwilleran looking like the cat who swallowed the canary. While his two Siamese cats, Koko and Yum Yum, adjust to being fat cats in an enormous mansion, Qwill samples the lifestyles of the rich and famous by hiring a staff of eccentric servants. A missing housemaid and a shocking murder soon show Qwilleran the unsavory side of the upper crust. But it’s Koko’s purr-fect propensity for finding clues amid the caviar and champagne that gives Qwill pause to evaluate the most unlikely suspects—before his taste for the good life turns into his last meal...
Read more
Other Formats: School & Library Binding , Paperback , Mass Market Paperback , Audio CD 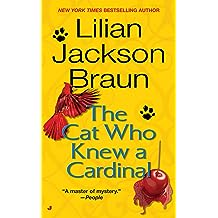 All the world’s a stage—and now Jim Qwilleran’s apple orchard has become the stage for a real-life murder scene. The much-disliked director of the Pickax Theatre Club’s Shakespeare production, Hilary VanBrook, has been found dead after the closing-night cast party. With the help of his super-smart Siamese, Qwill must cast a suspicious eye on all the players—especially the ones pussyfooting around behind the scenes...
Read more
Other Formats: Audible Audiobook , School & Library Binding , Paperback , Mass Market Paperback , Audio CD