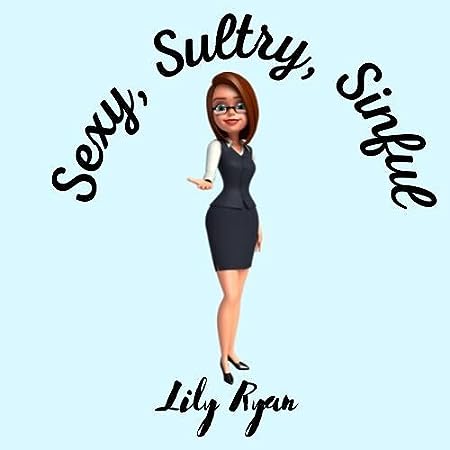 Who doesn't want to fall in love over and over again? I spend my days playing house with my husband and kids, and my nights lost in a fictional world with the sexy alphas of my imagination. 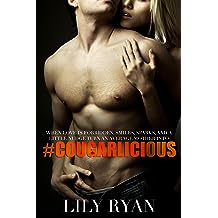 Cougarlicious May 3, 2018
by Lily Ryan
( 31 )
$2.99
When love is forbidden, smiles, sparks and a little nudge turn an average mother into #Cougarlicious-

Single mom Kim Doherty is heartbroken and destroyed. A shell of her former self. Each day she goes through the motions of taking care of her thirteen year old son Timmy.

Is it just sex or something more? How many shots at love does one person get? Having lost so much already, Will Kim choose to focus on her son and say goodbye to Chance, or will she become #Cougarlicious? 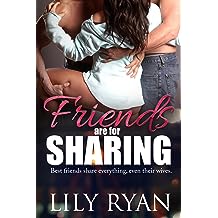 I love my wife more than anything. There's nothing I won't do to make her happy.
Until I hear Wesley Smith's name slip out of her mouth.
She wants to have sex with him. And me.
Images of the three of us play in a hot, sweaty loop in my mind.
My brain isn’t the only part of me turned on by these scandalous images.
My body yearns for it.
She says it’s what she wants. Now I want it to.
I should say no.
Can I handle sharing my wife with my best friend?

This ménage romance contains scorching scenes not suitable for those under 18 years of age. 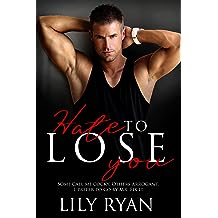 I’ve been around the block enough to know that happily ever after is as fictional as fairy tales. I choose to live in the real world where love equals heartache and the word monogamy doesn’t pass my lips unless it’s a punch line in a joke.

My life consists of a revolving door of women that come through one, two, sometimes three at a time. I’m perfectly happy with meaningless sexual encounters, as long as we both have fun and emotions are nonexistent.

Until I meet Sophia. Sitting at a bar with her friends, I pick up on her sad, forced smiles. The moment our eyes meet I know she needs a visit from Mr. Fix it. I can distract her from whatever’s troubling her. As I get to know the smart, sexy blonde I find a flaw in my plan.

She’s not the one that‘s broken. I am.
Read more
Other Formats: Paperback 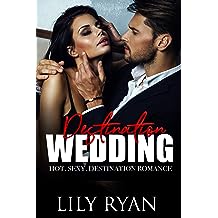 Destination Wedding Aug 15, 2018
by Lily Ryan, Taylor Sullivan
( 15 )
$2.99
I’m heartbroken.
Devastated.
My narcissistic-womanizing-jackass of a boyfriend decides to break up with me five days before we’re supposed to leave for my best friend’s wedding in London. A destination wedding.
Single in London, I want to stay in my hotel room and cry. The bride has other plans for me. So does the sexy man I met while barely dressed in the hotel hallway.
The last thing I expect is to fall head over heels for him in a matter of days. Especially not while on display in the middle of London’s hottest sex club. With each simmering look and every tantalizing touch, Cam weaves his way deeper into my heart.
There’s so much about Cam I don’t know. Love isn’t found in a matter of days. But I can’t deny there’s something more than just the sizzling chemistry between us. Is it love, or lust on steroids? 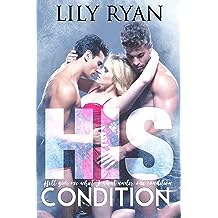 Preston Barnes is the ideal husband. He's loving. Passionate. Our Life together is as good as it gets. As long as I don't mention the "B" word. That's when he transforms from the man of my dreams to an ugly monster. His warm loving eyes turn hard and cold. The arms that hold me close at night push me away and keep me at a distance.

From the outside looking in, we have everything a young couple could want. A beautiful house. Money in the bank. What we don't have is the one thing I want most of all. A baby. He'll give me what I want under one condition. I have sex with another man. 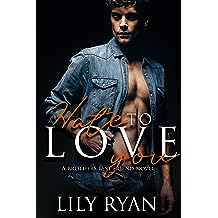 Hate to Love You (Baker's Bunch Book 1) Apr 2, 2019
by Lily Ryan, Taylor Sullivan
( 33 )
$2.99
All it takes is one kiss.
One mind-bending, toe-curling, life altering kiss to change everything.
The night my brother faces death, I embrace life.
I’m a mess. Until the strong arms of Cole Andrews find me.
Tears turn to kisses, and comfort to lust.
As the men in my life take turns falling off their pedestals, one man rises.
The one I’ve wanted for years. The man I’m head over heels in love with.
My brother’s best friend.
Cole Andrews.


Samantha Stone is forbidden.
Off limits.
She’s been running around my head for the last year.
In the face of tragedy, she’s left alone, vulnerable and crying in my arms.
What harm can come of one kiss?
One kiss leads into one night of unforgettable passion that changes everything.
I can’t let her go, but for her brother’s sake, we need to keep it secret.
Secrets have a way of rising to the surface and destroying everything in their path.
When they do who will be left standing? Will I lose her? My best friend? Or both? 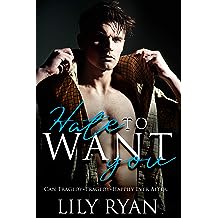 Hate to Want You (Baker's Bunch Book 2) Oct 20, 2020
by Lily Ryan, Imagination Uncovered
( 7 )
$2.99
Natalia
Austin Mathers is a boy I grew up with. An awkward dorky boy. His father is the catalyst for the worst day of my life. I’m dead set on making Mr. Mathers pay. Until Austin comes in his place. The boy I grew up with is now a man. A hot, sexy, angry man with the world’s largest chip on his shoulder. The moment he walks into my house, our connection sizzles back to life. I can’t get his dark, pained eyes out of my head. Until I walk in on him freshly showered and naked. Now it’s the rest of him I’m obsessing over.
Austin
Natalia Thomas was my first friend. My oldest friend. Then she turned into a cold hearted shrew. Twelve years have passed since I last saw her. Now she’s meaner, colder than before. In my darkest hours she did nothing to help or make it better. Instead she promised to ruin my father and tarnish his reputation. As much as I try to keep her at a distance, I’m drawn to her. She’s the right girl, but the timing is wrong. Or is it?
Here’s the real question: Can tragedy + tragedy = happily ever after? 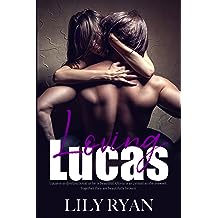 Loving Lucas Dec 21, 2017
by Lily Ryan
( 54 )
$3.99
Lucas is as dysfunctional as he is beautiful.
Olivia is as cynical as she is sweet.
Together they are beautifully broken

Lucas –
Broken. Shattered into tiny shards of glass. That’s how love left me.
I’m done with love.
I have no place for it in my life.
Sex- now that’s a different story.
There’s always room for sex and a willing participant nearby.
Until I find myself in the middle of the street with egg yolk dripping off me.
In this moment, everything changes.
All I want is to spend every minute of every day with the woman who came crashing into me.

Olivia-
I’m a romantic at heart.
I read romance novels, and watch the epic movies.
Too bad it’s all make believe.
I know better than to trust in fairytales or believe in happily ever after.
Lucas scares me. He smashes through my defenses and forces his way into my life. Once he’s there, it’s only a matter of time before he takes possession of my heart.
He’s been hurt and betrayed.
He doesn’t trust me and I’m scared to death of him.
When love has so much against it, can it find a way to survive? 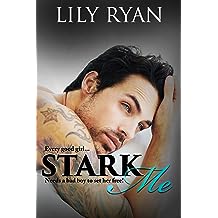 To anyone on the outside, I had a picturesque life, like a scene on the inside of a snow globe.

I didn’t realize how I longed to be set free, until a set of blue eyes looking in, shook things up and shattered the glass around me.
It’s been five long years since I’ve seen Dylan Stark. The man who owns my heart. Five years since we last spoke. Touched. Kissed. Because, Dylan confessed to a murder he didn’t commit.

Everything changed since he’s been gone. There are things I need to explain. Secrets I’ve been keeping.
Now Dylan is back, and he’s dangerous as ever, because he still owns my heart. He shakes up my world and makes me want to confront the truth.

I don’t know if he can forgive me, so I’m not sure if this is our story’s end, or if we are at the start of a new beginning…

Stark Me is a second chance romance between a bad boy gone good, and a good girl gone bad.