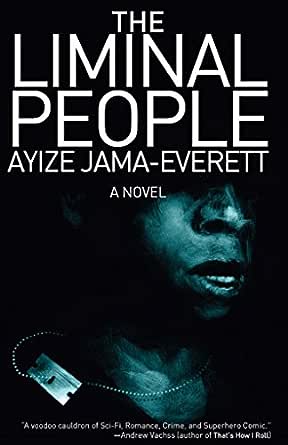 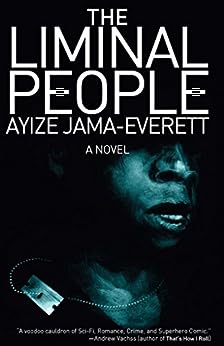 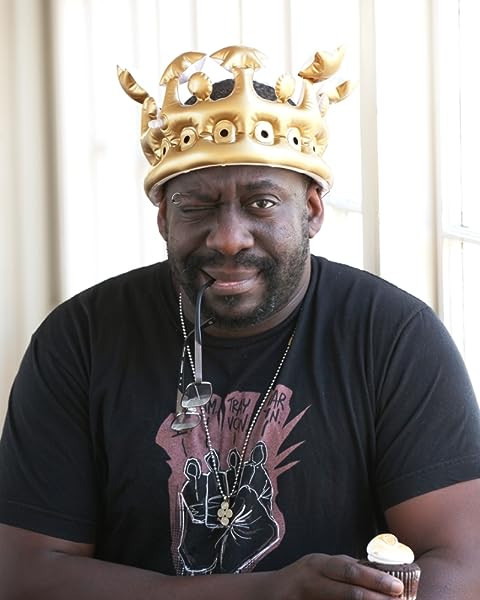 “Ayize Jama-Everett has brewed a voodoo cauldron of Sci-Fi, Romance, Crime, and Superhero Comic, to provide us with a true gestalt of understanding, offering us both a new definition of “family” and a world view on the universality of human conduct. The Liminal People―as obviously intended―will draw different reactions from different readers. But none of them will stop reading until its cataclysmic ending.”
―Andrew Vachss

“Ayize’s imagination will mess with yours, and the world won’t ever look quite the same again.”
―Nalo Hopkinson

“The Liminal People has the pleasures of classic sf while being astonishingly contemporary and savvy.”
―Maureen F. McHugh

“Ayize Jama-Everett has brewed a voodoo cauldron of Sci-Fi, Romance, Crime, and Superhero Comic, to provide us with a true gestalt of understanding, offering us both a new definition of “family” and a world view on the universality of human conduct. The Liminal People—as obviously intended—will draw different reactions from different readers. But none of them will stop reading until its cataclysmic ending.”
—Andrew Vachss

“Ayize’s imagination will mess with yours, and the world won’t ever look quite the same again.”
—Nalo Hopkinson

“The Liminal People has the pleasures of classic sf while being astonishingly contemporary and savvy.”
—Maureen F. McHugh

“Fast and sleek and powerful—a skillful and unique mix of supernatural adventure and lived-in, persuasive, often moving noir.”
—Felix Gilman, author of The Half-Made World
--This text refers to the paperback edition.

Ayize Jama-Everett: Ayize Jama-Everett was born in 1974 and raised in Harlem, New York. Since then he has traveled extensively in Northern Africa, New Hampshire, and Northern California. He holds a Master's in Clinical Psychology and a Master's in Divinity. He teaches religion and psychology at Starr King School for the Ministry when he's not working as a school therapist at the College Preparatory School. When not educating, studying, or beating himself up for not writing enough, he's usually enjoying aged rums and practicing his aim.

Terry Weyna
4.0 out of 5 stars A great first novel
Reviewed in the United States on March 15, 2012
Verified Purchase
If we could use our minds to make others see what we wanted them to see, rearrange people's internal organs and dissolve their musculature, call animals to do our every bidding, or know others' thoughts as intimately as our own, wouldn't we rule the world? Or would we be so preoccupied with fighting with others like us that humans would be mere pawns, little worth toying with? Or, even worse, would we be so damaged by our powers that we would be dangerous to ourselves and others?

These are all questions posed by Ayize Jama-Everett's short, powerful first novel, The Liminal People. Jama-Everett's first person narrator, Taggert, introduces himself while in the midst of conducting a drug sale he is conducting on behalf of his mentor, Nordeen Maximus. Taggert is able to keep the transaction from going sour by putting his would-be assassins to sleep with a mental nudge, a skill he's developed from his greater ability to manipulate his own and others' bodies on a molecular level. The deal resolves in his favor, not surprisingly given his advantage, and he returns to his home near Al Hoceima in Morocco. There, he finds a recorded message from Yasmine Petalas, a woman from his past with her own mental ability - to manipulate fire - who broke his heart. She is calling to tell him she needs him, and he must come quickly.

Taggert obtains Nordeen's permission to leave the country, doing his best to avoid Nordeen's questions but compelled nonetheless to reveal that Yasmine is "like us"; Nordeen would know if he was lying, apparently as part of his own ability. Taggert makes his way to London, telling us his back story (including his history with Yasmine) as he travels. Once there, he finds that Yasmine is married to a diplomat. Yasmine charges him with finding her daughter, Tamara, who is gifted with telekinesis. No one knows whether Tamara has simply run away or has been kidnapped, and no one knows whether it has anything to do with her ability or merely her status as the daughter of a diplomat.

From that point forward, the book is in high gear for adventure, though Jama-Everett never loses sight of the philosophical and moral points, particularly with regard to the responsibilities inherent - or not - in having great power. When Taggart finds Tamara, he finds himself schooling her in the use of her power, both in a practical, how-to sense, and in a moral sense, trying to explain when it is proper to use her power and when it is not. It's an odd lesson coming from a man who has often used his own power in order to run drugs and other contraband in and out of Africa, and Taggart finds himself examining his own life as well.

The Liminal People is an excellent first novel full of insightful characters - however gradually they may gain that insight - engaged in a battle that seems to have only just begun. I'm hoping that this novel is the first in a series, as Jama-Everett has built a world and peopled it with characters about which and whom I wish to know more.

Shana DuBois
5.0 out of 5 stars An amazing and refreshing take on superpowers.
Reviewed in the United States on March 6, 2015
Verified Purchase
Be forewarned, this book will suck you in. I honestly wasn't sure what to expect going in but several people had recommended it so I went in knowing very little. By chapter four I couldn't put it down, I had to keep reading. The characters, Taggert and Tamara in particular, are incredibly developed. Even smaller (as in time on 'screen') characters, like Samantha, are written such that the reader gets a true connection and feeling for the character.

The way Jama-Everett approaches "superpowers" in this world is invigorating. There are so many possibilities for how things could play out but you only start to get a tease of the broader powers at play throughout the book. Taggert's quest for freedom and his humanity is profound and despite his flaws he is an easy hero to root for.

I am so thrilled I finally read this book and am already counting down the days until I can get my hands on the next installment in this world.

BKNY Gal
5.0 out of 5 stars X-Men meets The Dark Knight
Reviewed in the United States on January 1, 2012
Verified Purchase
"People like us tend to stay away from each other." Before Chapter One is over, you know why Taggert and his ilk are to be feared, both by "norms" (who are blissfully unaware of their existence) and by others with similar mutant-type abilities. More than just learning the specific super-human abilities of these "liminal people," you swiftly come to care about their predicament.

How does one make a life (let alone be a hero) in a world of people whose minds you can read, whose ills you can heal, or whose bodies/choices/movements you can control -- without ever giving away who and what you are? The story takes off with a graphic North African drug deal gone wrong, and leads us through the noirish, gritty London of actual Brits -- ethnic imports and rough-and-tumble local upstarts. The book sets up an eye-opening depiction of the gathering storm between those mutants who seek a modicum of normalcy, humanity...and those others with delusions of god-hood who work to control them. Excellent pacing, original characters and imagery, and great, witty writing that kept me turning the pages. I'll be purchasing this author's next book as soon as it comes out. Recommended.

A. Applebaum
5.0 out of 5 stars Different in a good way.
Reviewed in the United States on December 7, 2016
Verified Purchase
I don't read science fiction at all, but a book that is described as "a voodoo cauldron of Sci-Fi, Romance, Crime, and Superhero Comic" definitely piques my interest. Writing was great and characters had depth. Not like anything I've ever read before.
Read more
Helpful
Comment Report abuse

Martin Fouts
5.0 out of 5 stars Made me a fan of Jama-Everett
Reviewed in the United States on September 2, 2017
Verified Purchase
Wow. tasty. read it.
Read more
Helpful
Comment Report abuse

Kindle Customer
5.0 out of 5 stars Phenomenal
Reviewed in the United States on October 5, 2015
Verified Purchase
As with all good science fiction, Ayize Jama-Everett creates a slight dystopia enabling us to view race and class through a new lens.
Read more
Helpful
Comment Report abuse
See all reviews

Farno
5.0 out of 5 stars Five Stars
Reviewed in the United Kingdom on August 6, 2014
Verified Purchase
I couldnt put this book down. I bought the Kindle edition.
Read more
Report abuse