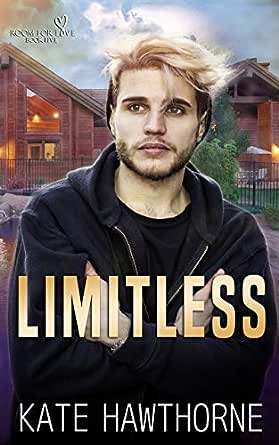 You've subscribed to Room for Love! We will preorder your items within 24 hours of when they become available. When new books are released, we'll charge your default payment method for the lowest price available during the pre-order period.
Update your device or payment method, cancel individual pre-orders or your subscription at
Your Memberships & Subscriptions
There was an error. We were unable to process your subscription due to an error. Please refresh and try again. 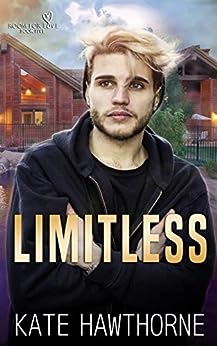 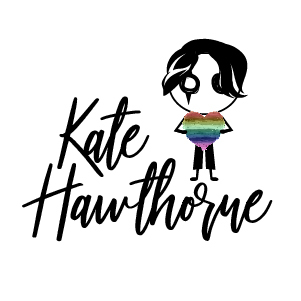 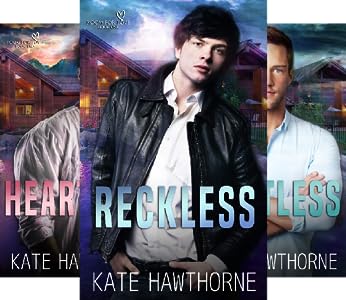 4.5 out of 5 stars
4.5 out of 5
26 customer ratings
How does Amazon calculate star ratings?
Amazon calculates a product’s star ratings based on a machine learned model instead of a raw data average. The model takes into account factors including the age of a rating, whether the ratings are from verified purchasers, and factors that establish reviewer trustworthiness.
Top reviews

Dash
5.0 out of 5 stars Unique Love Stories Always find their way to Cherry Creek!
Reviewed in the United States on July 24, 2020
Verified Purchase
As unconventional love stories go Andy and Leonidas are a beautiful reminder that things don’t always have to be what you expect. They are also a fantastic final addition to the Motel brothers/Cherry Creek series about how love comes about in so many different ways.

‘Limitless’ was totally different than what I was expecting, but so much more than I could have imagined. I’ve never quite read a love story like this one, and honestly, I should have expected that from Hawthorne. The first part of this book was different from the other books, though it could relate a little to Cameron's story as it doesn’t start in Cherry Creek. Andy has been the brother that's been the most elusive, as he’s the one who took the inheritance and ran away to travel the world, while the other Motel brothers decided to go to Cherry Creek. Yet, according to his brothers, ever since he returned from his travels he had been a completely changed man; a little morose. Well, from tidbits picked up in previous books in the series, one would soon learn that Andy was this way because of a man he met in his travels. One he wouldn’t talk about...

So, ‘Limitless’ begins a little ways back in the series timeline, so that we as readers can experience what happened when Andy met Leonidas. Ironically these two souls who cross each other's paths in Paris, have very similar backgrounds; both are running away from their legacies (hotel owners) and families, even though they love the latter dearly. It seems they have both been called to travel and as a reader who related to both these men in a lot of ways, it was interesting to see these two, who just complement each other's soul perfectly, fall in love in a time in which most authors would never think to set a love story. Because you see they’re both wandering, but in different directions with no real reason to meet in the middle.

However, the wanderlust doesn’t stop either of them from feeling the impact the other has on their life, and between alleyways in Paris, hotels in Bordeaux, spiritual pilgrimages, and returning home...neither one is far from the others thoughts. They truly can’t get enough of each other and when they meet back up they don’t even really fight the challenges; they’re secondary to what these men can be for one another. So, once Andy and Leonidas realize they are each other’s true home the roadblocks seem to fade away and we all get to experience how two people make it work while still being true to themselves. It was truly a unique read and so very much Hawthorne’s one of a kind style.

‘Limitless’ was such a beautiful wrap up to the Motel brother’s stories in Cherry Creek. These stories have shown me as a reader, so many different ways one finds their someone even in the same wonderful and small town of Cherry Creek!

I have loved every minute and can’t wait to experience the brother’s stories again in the future!
Read more
Helpful
Comment Report abuse

Sarah T.
5.0 out of 5 stars Not limitless on love
Reviewed in the United States on July 30, 2020
Verified Purchase
This novel was, in my opinion, the best in the series. I felt a lot of the emotions alongside the characters, and the beautiful style that Kate Hawthorne has, made me feel like I was right there with Andy and Leonidas. Their individual journeys were laid out for us and the way they found their paths both mentally and physically, lead me on a roller coaster of emotions that I thoroughly enjoyed. I loved Leonidas' family and I really wished I could taste his mama's cooking. Overall a fantastic novel.
Read more
Helpful
Comment Report abuse

Raelene Smith
5.0 out of 5 stars Love wins
Reviewed in the United States on July 23, 2020
Verified Purchase
I love Andy and Leonidas. My heart broke for Andy at first with Leonidas wanting to still travel. Then it all came together and love won!
Read more
Helpful
Comment Report abuse

Aimee
5.0 out of 5 stars By far my favorite couple!!
Reviewed in the United States on July 23, 2020
I’m always left thinking about the different ways to love someone after reading one of KH’s books. Things that seem unconventional don’t have to be when you fully accept the love in which it is given. Every relationship is unique.

I can’t fully put into words how much I love Andy and Leonidas. They have that instant attraction/love that is hot. They have become my favorite couple out of the Motel brothers. I feel like Andy resonates with me most in certain ways and with his idea of a relationship being always together with that person. I love how Leonidas opens up Andy’s eyes to the fact that being in a relationship doesn’t mean constantly together but having that “home” to home to, to make a phone call to when you miss them. These two are beautiful and I love them sooooo much!! Plus, Andy is by far the best looking of all the Motel brothers and he has a Greek beauty...what’s more perfect then that!!!
Read more
One person found this helpful
Helpful
Comment Report abuse

Abrianna
5.0 out of 5 stars Amazing and unique love story
Reviewed in the United States on August 9, 2020
This is the book we've been waiting for since the start of the series. Andy has been sort of mystery character as he was gone for a majority of the series. When he finally shows up in Cherry Creek he is different than how his brothers remember him. He's bit cold, a bit listless, and a whole lot of intriguing. Kate Hawthorne teased us the whole series with Andy and now we finally get to see what makes him tick.

I loved finally getting to meet Andy and understanding his story. A good portion of the book occurs in France, where he meets Leonidas one day on the streets of Paris. It shouldn't have been anything, they were strangers in a strange land, but from the beginning they felt the draw to be with one another. It's the ultimate story of soulmate and finding love at first sight. Which is really hard to do. The great thing about this book is that while they fall in love in a very short amount of time, they still have to work for it. It's not smooth sailing but heartache and they make mistake after mistake in trying to understand their feelings for one another.

Leonidas is a wanderer. Where Andy is traveling for the freedom of finding himself, Leonidas doesn't have the urge to quit traveling until he is unable to physically do so. He started his journey with a purpose, and along the way, learned that he is meant to stay traveling.

Their story burns hot the crash is epic. Neither one of them understand the hows and the whys, but when they are apart physically, they are never far from one another's mind. It's a lovely book that explores finding home in someone else and making compromises that don't change who you are, yet still gives you the safe, stable foundation you didn't know you needed. Kate Hawthorne does an amazing job of showing how these two men could be so connected even when they're apart. It's not traditional. It challenges many things about what a couple in love should or shouldn't be or do together, but it works.

What I loved most about the Room for Love series has always been how unconventional it is. From the different ways each brother explores and practices kink, to how their relationship is structured. Because there's no right way to have a relationship and Limitless shows that. Andy and Leonidas prove that relationships and love doesn't always have to be conventional or make sense to others, so long as it makes sense to everyone involved.

I'm going to be sad to see these brothers go. I loved reading their books and watching them grow as people and as a family. Kate Hawthorne did an amazing job at telling the stories of these five kinky brothers and it was an absolute pleasure reading them. It's going to be hard to move one, but with each book, she's spreading her kinky little author wings that much more and I can't wait to see what comes next.
Read more
Helpful
Comment Report abuse
See all reviews from the United States