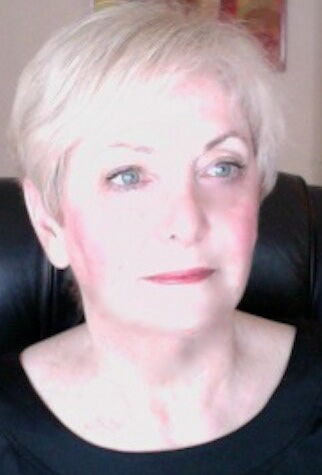 About Linda A. Fields

Linda Fields is a lifelong resident of the Boston area. Her writing career spans many decades. Among her books are two novels, Downside Risk and Two-faced; My Dearest Sucker, nonfiction humor (real correspondence with e-mail scammers); and String, a collection of the author's short stories, articles, essays, poems, and a one-act play. Her latest releases are a series of three novellas: Smoke on Water, In Pursuit of Evidence, and Hot Pursuit. Murphy Dowling, an arson investigator, and M. Beck, a police detective, work cooperatively to solve some unusual and complex crimes. As one might expect with stories about arson, sparks fly, literally and figuratively. 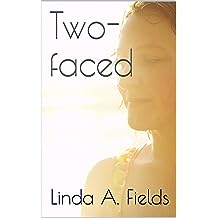 Two-faced Mar 6, 2019
by Linda A. Fields
( 14 )
$2.99
Two-faced is a coming of age story—middle age, that is. If you think starting to date as an awkward teen with braces and acne was stressful, consider the insecurity of a freshly discarded peri-menopausal woman who has hot flashes, night sweats, hormonally-induced mood swings, and flirting skills that atrophied when she married her very first boyfriend when she was 20. At 46, Deliah Rose is terrified by the prospect of starting over, but is staying in bed with the covers up over her head a realistic alternative? That’s not likely to happen on her best friend, Anna Shore’s watch! 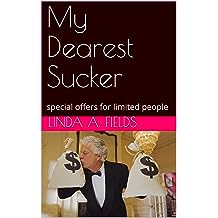 My Dearest Sucker: special offers for limited people Mar 2, 2021
by Linda A. Fields
( 10 )
$2.99
Most of us have been inundated with E-mail from scammers around the world promising huge sums of money. The catch, of course, is that there’s an inevitable fee, tax, or legal expense for claiming the windfall. The pitches include celebratory announcements of lottery wins; prizes with ringing endorsements from Interpol and the FBI; awards from the International Monetary Fund; pleas from orphans in refugee camps who need guardians for their inheritances; news that a very distant relative has died and named you sole heir; bequests from the dying, wanting you to do God’s work with their fortunes; and United Nations compensation packages for those already bilked by these schemes. Janice Kirkland, a nom de sucker, a slightly befuddled elderly woman with more dollars than sense, replied to them all with some wild counteroffers and plans of her own. She presented herself as a naïve, vulnerable, and attractive mark. The correspondence that ensued is very…well, see for yourself.
Read more
Other Formats: Paperback 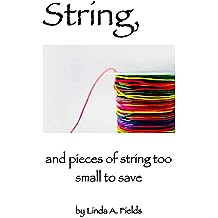 String: and pieces of string too small to save Feb 24, 2019
by Linda A. Fields
$7.99
String is a collection of some of the short stories, magazine articles, essays, newspaper columns, and poems, as well as a one-act play, written by Linda A. Fields over a span of 68 years (from a poem lamenting unrequited love in kindergarten to her current work).
Read more
Other Formats: Paperback 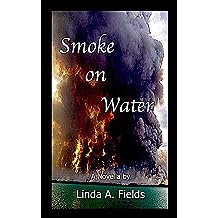 smoke on Water Jan 20, 2019
by Linda A. Fields
( 7 )
$3.99
Is a very clever serial arsonist at work, or can a series of fires in an old factory district be coincidental? With little physical evidence to establish arson as the cause, Murphy Dowling, a young fire inspector, and M. Beck, a police detective, work cooperatively to investigate. When bodies of an adult and child are found in the ruins of one long-abandoned building, the urgency to solve the perplexing case intensifies. 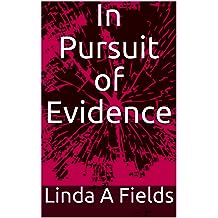 In Pursuit of Evidence Jan 15, 2021
by Linda A Fields
( 4 )
$2.99
Following Smoke on Water, In Pursuit of Evidence continues the series as Dowling, East Meadow’s arson investigator, and Beck, a police detective, join forces again to investigate an explosion and fire in the police headquarters’ secure property room. Who had the means, motive, and opportunity to destroy evidence? Assuming it’s an inside job, everyone working in the station is a suspect—including Beck!
Read more
Other Formats: Paperback 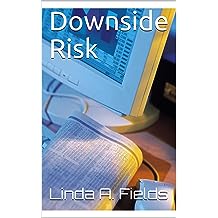 Downside Risk Mar 11, 2019
by Linda A. Fields
( 16 )
$2.99
Downside Risk is the story of Jason Conrad, a successful entrepreneur; his beautiful wife, Melissa; and an older woman, Bella Kaplan, the hypotenuse of a most unusual love/hate triangle. Risk examines the complex and deceitful interpersonal relationships between Jason and the two important women in his life as well as their bitterly antagonistic relationship with each other. From the founding of Jason’s company, JACorp, and his initial rise to wealth and power, to the devastating losses that follow, this tale of personal and corporate intrigue captures the decadence of the nouveau riche in a power struggle in the bedroom, boardroom, and courtroom.
Read more
Other Formats: Paperback