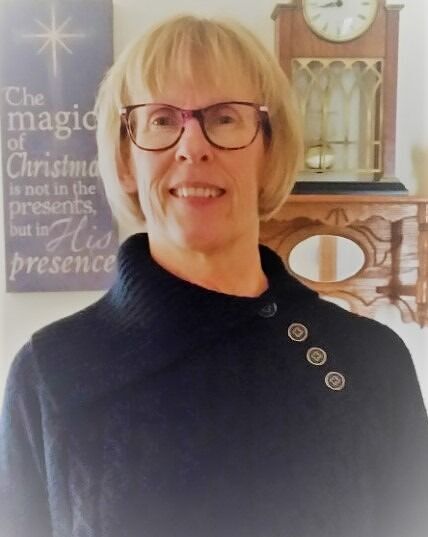 Linda lives in west central Ohio with her husband, daughters, grandson, two cats and a dog. She earned a degree in psychology from Anderson University where she learned the voices in her head were actually characters from stories waiting to be told.

Linda recently retired from the county’s public library system. It was the perfect place to indulge her love of young adult and Christian fiction. It was also a good place to build a long “To Read” list. These days she enjoys being a fulltime author in her home office, despite interruptions from family members and pets. Linda is a member of American Christian Fiction Writers.

To learn more about Linda and the books she writes visit her website: http://www.LindaHooverBooks.com

While you're there, subscribe to her newsletter so you can be up to date on new books and author activities. 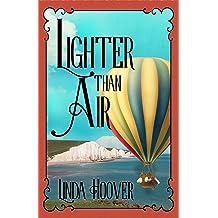 Lighter Than Air Aug 26, 2018
by Linda Hoover
( 3 )
$3.99
Lighter Than Air
When Elena Bishop lost her mother at age twelve, her father lost his purpose for living. Now they’ll lose their home unless he can pay his gambling debts by the end of the summer. After praying about it, Elena believes God has given her the idea to have a family camp on the grounds of their estate.
Justin Ramsay, Elena’s neighbor, wants to go to America on a secret mission given to him by his grandmother on her death bed. His older brother believes Justin should join the military but offers him a deal. If Justin can keep Elena and the neighborhood safe until he returns with his American bride, he’ll pay for the trip to America. If not, Justin will join a regiment in India. Elena might be impulsive and accident-prone, but Justin believes she’s nothing he can’t handle.
Elena and Justin disagree over the camp, even as an attraction beyond friendship ignites between them. Within the first two weeks a little boy falls into the cold-water spring, and problems continue with threatening letters and vandalism. As more money is needed, Elena goes to Brighton to see a man who gives gas balloon rides. What she finds lands both her and Justin in a situation beyond their control. With the deadline for the debt looming, will their insistence on doing things their way give them both a happy ending, or destroy everything they’ve hoped for? 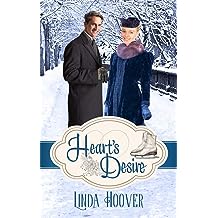 In 1880 Boston, Julia Phillips’s father betroths her to wealthy Lucien Harris to cover up a tragic secret. She has no interest in Lucien, but Jacob Anderson, a kind jewelry store clerk has captured her attention. Can she put off Lucien long enough to convince her parents to accept a man who isn’t in the upper-class as her husband?

Jacob works with his uncle in Boston, but plans to buy land for a farm out west when he has enough money. When Julia walks into their store his priorities change. Their mutual attraction grows into love, and he wants to be the man she marries. But how can he with so little money?

Julia feels increasing pressure from Lucien to pretend she’s happy about the upcoming wedding. Then, she discovers the arranged marriage is based on blackmail. Her family will be ruined if she doesn’t comply.

Will God make a way for Jacob and Julia to have their heart’s desire? 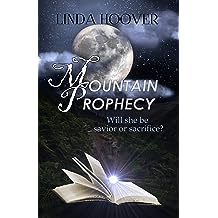 Mountain Prophecy Oct 8, 2016
by Linda Hoover
( 8 )
$3.99
Imagine it’s 1918 and your Appalachian relatives are still feuding with their neighbors, still deeply superstitious and still believe in local folklore. Teen twins, Dusty and Darla deal with it every summer when they visit from the city. But this year it’s more serious. Hypnotic music comes from an abandoned mine where two young women have disappeared. Yet the mountain families aren’t searching for their missing, believing trolls looking for brides are responsible.

Dusty and Darla aren’t buying the troll theory–until Darla falls into a trance and starts into the mine. Dusty stops her and vows to keep her from being the next victim. Darla believes she’s been called by God to help whoever–or whatever–lives in the mine.

Imagine your isolated clan has waited hundreds of years in their mountain cavern for a prophecy to come true. A prophecy that vows a heavenly being will come to them, marry the prince and lead them to a better life. After catching a glimpse of Darla, Prince Aidan is sure it’s only a matter of time before the prophecy is fulfilled.

Darla is determined to accomplish the mission God has given her, regardless of what Dusty says, but will she be savior or sacrifice?