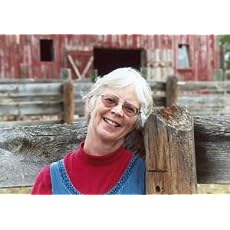 Linda M. Hasselstrom is a real South Dakota rancher who has roamed across miles of grassland with no company but her horse, and she's been thrown, kicked, stomped, defecated on and bitten by horses and cows.

"A ranch," she has written, "is not just any patch of rural ground. And the old saying, 'All hat, no cattle' is more than a joke; buying a hat or a few cows won't make anyone a rancher."

Hasselstrom has spent much of her life birthing, doctoring, corralling, branding, ear-marking and otherwise caring for real cows. "Nobody," she insists, "punches cows."

She notes that, "The jacket of a popular author's book says that she lives on a 'forty-acre ranch.' No real rancher could make that statement." Similarly, Hasselstrom says, "only uninformed journalists could write, 'Mr. Jones lives on his 10-acre emu ranch.' The correct way to write that sentence would be, 'Mr. Jones lives outside town with his emus.' Forty acres, ten acres-- those are home sites, not ranches."

Hasselstrom battles such Western myths every day in her writing as well as in her daily life. Three times when she's been thrown from a horse, she received a concussion, but was never able to get to a hospital. She insists the resulting brain damage has made her a true rancher, as well as providing incentive to write about real prairie life.

Hasselstrom says, "I wear the label 'cantankerous' with pride, though I try hard to work with my neighbors rather than against them." She supports the volunteer fire department and the town cemetery as well as local historians working with both old-timers and newcomers to preserve area culture.

Her ranch hosts the Great Plains Native Plant Society's Claude A Barr Memorial Great Plains Garden, the world's only botanic garden dedicated only to plants of the arid grasslands of the nation's center. The Rocky Mountain Bird Observatory has established a riparian protection area along Battle Creek on her ranch.

Hasselstrom is the full-time resident writer at Windbreak House Writing Retreats, established in 1996 on her ranch. In addition she is a speaker for Road Scholar educational travel, and has served as an online mentor for the University of Minnesota's Split Rock writing program. She's also an advisor to Texas Tech University Press. 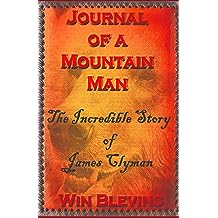 “James Clyman was one of untamed and wild America’s most joyful explorers.” ~ Win Blevins

A member of Jedediah Smith's first mountain man brigade, Clyman was there when the South Pass was discovered, opening the inter-mountain West to fur trappers. Crossing the country during the great migration of 1846, Clyman encountered the Donner party and gave them sound advice, which they tragically ignored.

A few other adventures: He sewed Jim Bridger's ear back on after a grizzly bear attack; explored the Green Valley and the Salt Lake Basin; alone and weary, he walked 600 miles to Fort Atkinson. (Still one of the West's most remarkable tales of survival.) He also kept Bill Sublette from freezing to death en route.

Clyman crossed twice to the Pacific and ended up settling in the Napa Valley, raising his family, writing down his adventures, and spreading the legendary stories of the mountain men

In his own heartfelt and exciting way, James Clyman gives us his experiences in the heyday of the American fur trade, and during the peak of exploration and immigration to Oregon and California.

Clyman was a keen and meticulous observer, and his epic adventures are the stuff of legends. A must-read for everyone who loves the West. 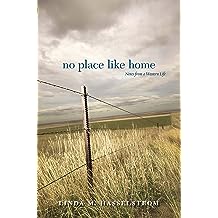 In No Place Like Home, Linda Hasselstrom ponders the changing nature of community in the modern West, where old family ranches are being turned into subdivisions and historic towns are evolving into mean, congested cities. Her scrutiny, like her life, moves back and forth between her ranch on the South Dakota prairie and her house in an old neighborhood at the edge of downtown Cheyenne, Wyoming. The vignettes that form the foundation of her consideration are drawn from the communities she has known during her life in the West, reflecting on how they have grown, thrived, failed, and changed, and highlighting the people and decisions that shaped them. Hasselstrom’s ruminations are both intensely personal and universal. She laments the disappearance of the old prairie ranches and the rural sense of community and mutual responsibility that sustained them, but she also discovers that a spirit of community can be found in unlikely places and among unlikely people. The book defines her idea of how a true community should work, and the kind of place she wants to live in. Her voice is unique and honest, both compassionate and cranky, full of love for the harsh, hauntingly beautiful short-grass prairie that is her home, and rich in understanding of the intricacies of the natural world around her and the infinite potentials of human commitment, hope, and greed. For anyone curious about the state of the contemporary West, Hasselstrom offers a report from the front, where nature and human aspirations are often at odds, and where the concepts of community and mutual responsibility are being redefined. 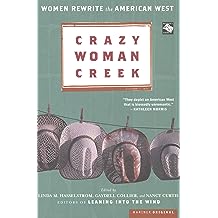 This wide-ranging collection of essays and poetry reveals the day-to-day lives and experiences of a diverse collection of women in the western United States, from Buddhists in Nebraska to Hutterites in South Dakota to “rodeo moms.” A woman chooses horse work over housework; neighbors pull together to fight a raging wildfire; a woman rides a donkey across Colorado to raise money after the tragedy at Columbine. Women recall harmony found at a drugstore, at a powwow, in a sewing circle. Lively, heartfelt, urgent, enduring, Crazy Woman Creek celebrates community—connections built or strengthened by women that unveil a new West.