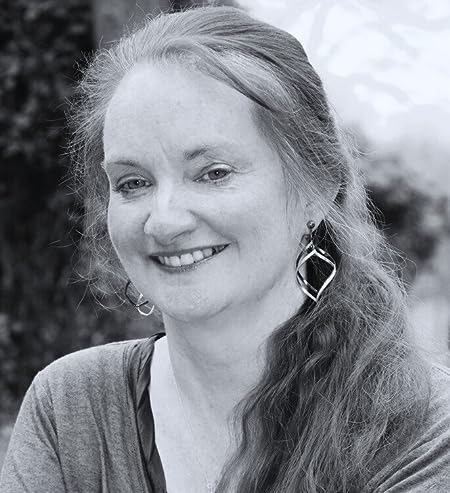 Linda MacDonald is the author of four novels: Meeting Lydia and the stand-alone sequels, A Meeting of a Different Kind, The Alone Alternative and The Man in the Needlecord Jacket. They are all contemporary adult fiction, multi-themed, but with a focus on relationship issues. In November 2016, Meeting Lydia was adapted as an audiobook, narrated by the talented voice actress Harriet Carmichael and published by Essential Music, London. After studying psychology at Goldsmiths', London, Linda trained as a secondary science and biology teacher. She taught these subjects for several years before moving to a sixth-form college to teach psychology. Linda was born and brought up in the England's beautiful Lake District and now lives in Beckenham in south east London. 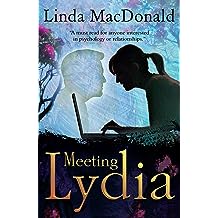 Marianne comes home from work one day to find her husband talking to a glamorous woman in their kitchen. Old childhood insecurities resurface, stemming from a time back at school when she was bullied. Jealousy rears its head and her happy marriage begins to crumble. Desperate for a solution - and introduced by her daughter to social networking - she tries to track down her first schoolgirl crush, the enigmatic Edward Harvey. But Marianne is unprepared for the power of email relationships ...

Meeting Lydia explores the very relevant topics of childhood bullying, midlife crises, the pros and cons of internet relationships, and how the psychological effects of these affect the main character and those around her. Readers will be gripped by the turbulent life of Marianne who navigates the onset of menopause, an empty nest, a suspected errant husband and a demanding new obsession that pulls her in deeper as the story unfolds. Those interested in the psychology of relationships will enjoy this novel, as well as those who delight in an enthralling story with relatable characters and the powerful question of what happens when the past catches up with the present. This second edition has reworked the early chapters of the first edition, making for a pacy and shorter version more in line with the audiobook.
Read more
Other Formats: Audible Audiobook , Paperback 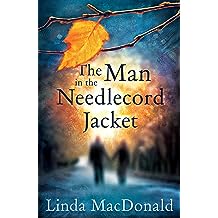 The Man in the Needlecord Jacket Mar 24, 2017
by Linda MacDonald
( 18 )
$4.99
The Man in the Needlecord Jacket follows the story of two women who are each struggling to let go of a long-term destructive partnership. Felicity is reluctant to detach from her estranged archaeologist husband and, after being banished from the family home, she sets out to test the stability of his relationship with his new love, Marianne.

When Felicity meets Coll, a charismatic artist, she has high hopes of being distracted from her failed marriage. What she doesn’t know is that he has a partner, Sarah, with whom he has planned a future. Sarah is deeply in love with Coll, but his controlling behaviour and associations with other women have always made her life difficult. When he becomes obsessed with Felicity, Sarah’s world collapses and a series of events is set in motion that will challenge the integrity of all the characters involved.

The Man in the Needlecord Jacket is a thought-provoking book, written from the perspectives of Sarah and Felicity. The reader is in the privileged position of knowing what’s going on for both of the women, while each of them is being kept in the dark about a very important issue.

Inspired by the work of Margaret Atwood and Fay Weldon, Linda explores the issue of mental abuse in partnerships and the grey area of an infidelity that is emotional, not physical. The book will appeal to readers interested in the psychology of relationships, as well as fans of Linda’s ‘Lydia’ series.
Read more
Other Formats: Paperback 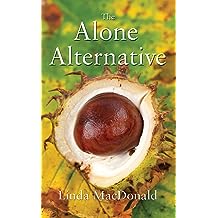 The Alone Alternative Jun 25, 2014
by Linda MacDonald
( 12 )
$4.99
Former classmates Edward and Marianne, now fifty-five, have experienced a turbulent few years having lost contact with each other and suffered painful disruption to their home lives. Reunited again, this time through Twitter, they set about a search for personal fulfilment, but once again there are obstacles in the way – not least in the form of twice-widowed Jessica, Edward’s neighbour, who threatens to destroy their pursuit of happiness and whose behaviour has alarming consequences.

The extraordinary weather conditions prompt Edward and a former colleague to resurrect an idea for a documentary series that sets to challenge consumerist lifestyles. The Isles of Scilly become a model for sustainability and a filming trip to the islands provides an idyllic backdrop to the unfolding romantic tensions.

Set in 2012, the year of the London Olympics, the action alternates between Broadclyst and Beckenham and examines the difficult issues faced in committing to a new relationship in midlife. Could being alone be a preferable alternative?

Continuing themes of psychology, relationships and environmental sustainability, The Alone Alternative is the sequel to A Meeting of a Different Kind and the third and final part of the 'Lydia' series. Written from both male and female perspectives, it also stands alone as a fascinating read for both men and women who enjoy thought-provoking fiction, keeping readers guessing until the very end.
Read more
Other Formats: Paperback 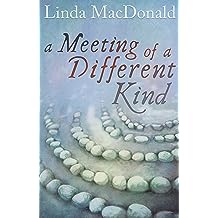 A Meeting of a Different Kind Sep 27, 2012
by Linda MacDonald
( 30 )
$4.99
When archaeologist Edward Harvey’s wife Felicity inherits almost a million, she gives up her job, buys a restaurant and, as a devotee of Hugh Fernley-Whittingstall, starts turning their home into a small eco-farm. Edward is not happy, not least because she seems to be losing interest in him. Taryn is a borderline manic-depressive, a scheming minx, a seductress and user of men. Edward and Taryn don’t know each other but they both know Marianne. To Edward, Marianne is a former classmate who sends him crazy emails. She is Taryn’s best friend, and when Marianne meets Edward, she tells Taryn how wonderful he is and that he is not the philandering type. Taryn sees a challenge and concocts a devious plan to meet him during a series of lectures he is giving at the British Museum. When Edward and Taryn’s paths cross, questions of friendship, loyalty and betrayal are played out against a backdrop of mental fragility and the destabilising effects of a large inheritance... Set in Broadclyst and Beckenham, with a chapter on the Isles of Scilly, A Meeting of a Different Kind is the stand-alone sequel to Meeting Lydia, continuing the story from the perspectives of two very different characters. Like its prequel, it will appeal to fans of adult fiction, especially those interested in the psychology of relationships.
Read more
Other Formats: Paperback