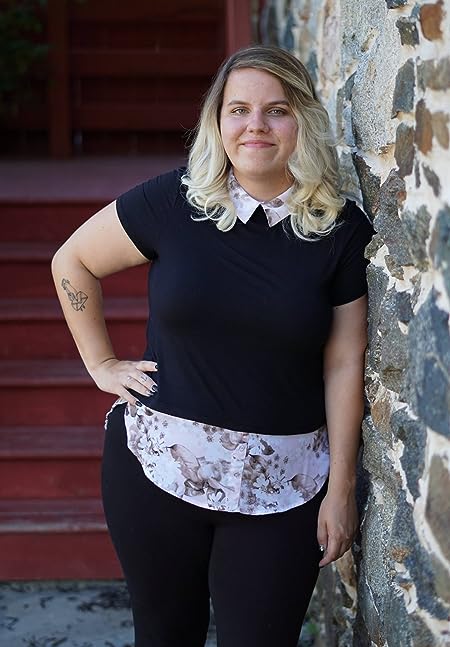 Lindsey Richardson is a fantasy author who lives in Maryland with her boyfriend and two cats.

Lindsey has been both traditionally and self published.

Her first book, Cursed With Power, was published by Old Line Publishing when she was eighteen years old.

Since then, Lindsey has self published all of her books, including the Magicians series and her mystery/fantasy novel Clara and Claire.

Her newest release, Clara and Ezra, is now available for purchase. This fantasy/mystery novel is filled with murder, mystery, and love. 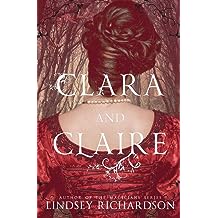 On the night of her 20th birthday Clara Nasso witnesses an illegal act of magic. The following morning, two lives are changed forever.

When Claire Kanelos, daughter of the head counselor, disappears from the island of Ninomay, Clara is kidnapped and taken there by a Council member. Her unmistakable resemblance to the missing woman, and the disturbing facts that come to light, convince Clara to stay and play the role of Claire –at first, for one night only, and then indefinitely.

Though Clara grew up hearing stories about the rich and powerful mages that filled Ninomay, all she finds there are liars and mysteries. And Ezra, the only person who can see through her disguise. He promises to help her return home, but how can Clara leave when secrets are unraveled every day and a killer might walk freely? When she might be the key to Claire’s survival? 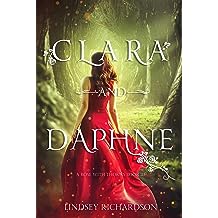 Daphne Barlow barely escaped from Ninomay alive.
A twisted turn of events forces her to flee to Shadowland. With nowhere else to go, she finds herself living in a safehouse with mages who remain loyal to Stefan. Amongst the group is none other than her lover, Killian.
Killian is faced with choosing between duty and love. Meanwhile, Daphne uncovers deadly schemes and realizes the safehouse is anything but safe. How could she stay here another day, having witnessed unthinkable horrors?
Daphne’s only hope is escaping with Killian. Can he walk away from a lifetime of crime and still be the man she fell in love with?
***
In Ninomay, Clara and Lukas work together to deal with the aftermath of tragic events.
When Clara receives a mysterious letter, her worst fears come to light. The island is threatened again --this time with the return of white roses.
While the Council tries to handle the threat internally, rumors soon spread after Declan is attacked and falls ill.
Clara and Lukas’s investigation leads them back to Shadowland, an island far from home and filled with dangers. With death lingering nearby, can they find the rose culprit before another life is lost?
Read more
Other Formats: Paperback 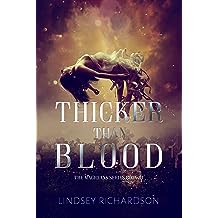 Thicker Than Blood (the Magicians Book 3) Aug 10, 2019
by Lindsey Richardson
$3.99
Alaire never had anything worth losing... until now.
Alaire Sencler is not the man he used to be. He left behind a foul and bloody past to be with the woman he loves, but the memories never allow him to forget what he did.

While the White magicians raise an army, their leader hides his true reasons for going to war. Meanwhile the Dark magicians seek out a new haven, one that might keep them hidden long enough to prepare for the war that is raging on outside their doorstep.

Though Alaire has a unique gift and the woman of his dreams by his side, he has yet to come to terms with Esmour's death and what the future holds for him.

New faces and the revealing of the fifth Dark magicians offers hope, but only the strongest will survive in the final battle.Whoever said "blood runs thicker than water" never knew what it is like to be a part of the current.?

Reading Order for the Magicians series: 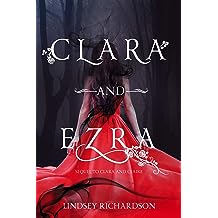 Clara and Ezra: sequel to Clara and Claire (A Rose With Thorns Book 2) Nov 15, 2018
by Lindsey Richardson
( 1 )
$3.99
Death does not wear a mask.Clara Nasso is plagued with the knowledge of secrets. The secrets her mother, Nina, hid for twenty years.After a life threatening event in Rajoor, Clara returns to Ninomay. That morning she and her companions are greeted with the news. There’s been a murder.Chaos erupts, suspects are arrested, and paranoia spreads like wildfire. All the while secrets about Nina’s past prove to be more twisted than anyone imagined.One murder escalates into a series of killings. Bloodshed hits close to home, and Clara is forced to battle her inner demons. She develops a closer relationship with Ezra and Lukas, one who has killed for her, the other who claims to love her. The killer’s unpredictable and gruesome maneuvers force them to set aside their own personal desires.A new figure emerges from the shadows. Someone with no set alliance, who can either help Ninomay or watch the island bleed.With countless lives at stake, Clara questions the loyalty of those closest to her. Can Clara unveil the killer before another person dies?
Read more
Other Formats: Paperback 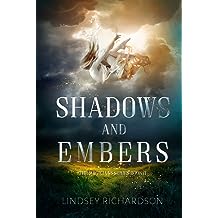 Shadows and Embers (the Magicians Book 2) Oct 7, 2017
by Lindsey Richardson
$4.99
You can either be a shadow or an ember in this world, but never both.
It's 1569 in Transylvania; Léal Irvine has committed to a powerful man all for the sake of revenge. Handsome, young Irvine is a high-ranking magician working for Esmour's organization, Destin, which is composed of Dark magicians from around the local areas. However, one by one magicians vanish or die, and suddenly the world of magic is not as safe as it once was. One of the members and Léal's best friend, Nicia, betrays the organization before the downfall. Unfortunately no one realizes the act of treason might have saved her life.

A year later Destin has fallen, and Léal sees the world through icy blue eyes. With only five Dark magicians alive his survival is constantly threatened, and he has no great leader or trusted allies to turn to. After infiltrating Belsgar and killing a member of the Magic Council, a war between darkness and light is no longer something anyone can walk away from. A new villain rises with a secret that could be deadly; meanwhile Nicia works to prove her loyalty to Léal while trying to revive their friendship.

Sides will be chosen, relationships will be at stake, and in the end the balance of the magical world will depend on the outcome of the war. When you're walking on a thin line between revenge and forgiveness how do you choose the right path without stepping too far over the crack?


Reading Order for the Magicians series: 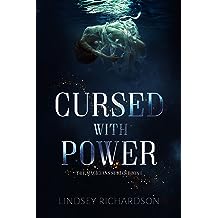 Celestria Hale learns that she is one of the last living Dark magicians. Upon leaving her hometown, she searches for others like herself to find out what has happened to her kind. She meets Alaire, another Dark magician with a dangerously sinister past. Through their travels, Celestria and Alaire come face to face with their enemies. The White magicians plot against them, developing a conspiracy that will overtake the last of them. While struggling for survival, Celestria must also come to terms with her sister's death. But is her sister dead?

There's no way out. The battle's already begun, and only the most powerful force will prevail. Everyone shows a longing hunger in their eyes, but their greed for power is only the beginning of a war raging between darkness and light. With the war approaching to determine the fate of magicians, Celestria fears for her and Alaire's existence. Destiny may find them, but will it be enough?

Reading Order for the Magicians series: