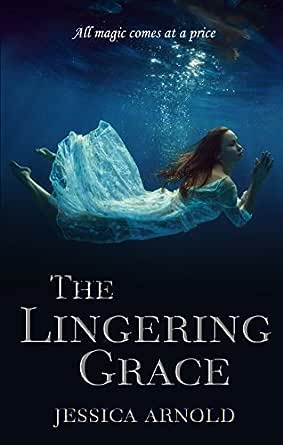 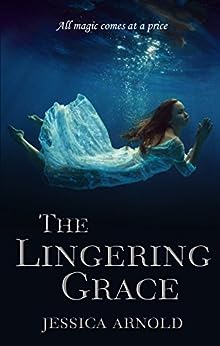 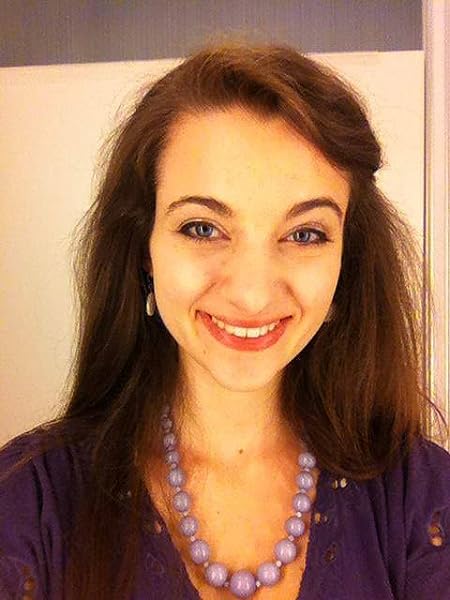 Jessica Arnold lives, works, and writes in New York City. When she's not sitting around with a book or a laptop, she can most frequently be found biking around the city. Don't worry—she always wears a helmet. --This text refers to an out of print or unavailable edition of this title.

"Jessica Arnold's The Looking Glass is an original and gorgeous take on Alice in Wonderland. Filled with beautiful prose, fascinating characters and exciting plot twists, it is truly one of a kind."  —Tracy Deebs, author, Tempest Rising on The Looking Glass

"A truly modern ghost story that takes the reader down a rabbit hole of suspense."  —Laura Bickle, author, The Hallowed Ones on The Looking Glass
--This text refers to an out of print or unavailable edition of this title.

4.0 out of 5 stars
4 out of 5
5 customer ratings
How does Amazon calculate star ratings?
Amazon calculates a product’s star ratings based on a machine learned model instead of a raw data average. The model takes into account factors including the age of a rating, whether the ratings are from verified purchasers, and factors that establish reviewer trustworthiness.
Top Reviews

Emily & Rosi
3.0 out of 5 stars The Lingering Grace
Reviewed in the United States on April 4, 2016
Originally posted on BibliobibuliYA.com

After finishing The Looking Glass last year, and having a great time reading it, I had assumed it was a standalone. Fortunately, I was wrong. The second book picks up about three months after the events of the first book. That doesn’t mean, though, that Alice’s, erm, adventure during her vacation is long forgotten. She is still feeling the effects of the magic she witnessed, and it is affecting her daily life. Luckily, her cute and sweet boyfriend, Tony, is there to help.

Jessica’s take on magic is a traditional one, it has spells and witches that cast them. But her writing allows it to go beyond the page and envelope the senses, this magic involves how the words weigh on your tongue, how it smells, and it feels as it manifests. It gave a unique take on a commonly used method of presenting magic.

My main complaint with the book, besides the frustrating part where Tony and Alice don’t tell each other things that are important, was Eva. Eva and her issues were so obvious, and poor Alice was way too trusting. Eva kept doing rather sketchy things, would disregard Alice’s sense of personal property, and basically emotionally manipulate Alice into doing what she wanted. Alice was even smart enough to recognize what Eva was doing, according to the third person narration, but she never ran away as fast as possible like she should have.

While these issues continued throughout the book, overall the story was compelling. Jessica weaves together several plots into a great climax and even manages to incorporate a family oriented subplot into the background. Now that this is a series, I can’t wait to see what happens next with Alice, Tony, and how they will step into some magic next. Also, I don’t think that those Seekers will be out of Alice’s life so easily.
Read more
Helpful
Comment Report abuse

Suze Lavender
5.0 out of 5 stars A great story about magic
Reviewed in the United States on March 16, 2016
﻿Alice and Toby see each other a lot. They are a couple and Alice is proud to call him her boyfriend. Her life is regular and normal again. A bit too much. Alice can't forget what happened to her and she is bored after the adrenaline rush of being trapped in the hotel. When she discovers an old spell book she takes it with her to see if she's able to do magic herself. This results in a friendship with the new girl in school called Eva. Eva's sister drowned in the pool of the home they only just moved into and she wants to bring her back. She needs Alice's help to accomplish that. Only Alice knows all magic has a price and the question is if she's willing to pay it or if she needs to try to talk Eva out of it.

The Lingering Grace is quite different from The Looking Glass. Alice now leads a regular life with school, homework and boyfriend time. Her friendship with Eva creates a whole different world filled with secrets. And can Eva be trusted? She's a fascinating, manipulative character and she has mood swings. It was interesting to see the developments in the story. Alice is a sweet girl and she's a little bit naïve. She doesn't have many friends and when she finds someone who's like her she thinks she's lucky, but is she really?

The Lingering Grace is another great story about magic. It was nice to see more of Toby. He always has Alice's back. Only there are things they can't tell one another. Alice isn't making the smartest choices, magic is more attractive than she initially thought. After her entrapment in the hotel she knows there is a price, but she also misses the thrill of it. Eva knows a lot more about spells than Alice and she can learn from her. Eva knows how to get things done and she's persuasive. Will Alice be able to stand her ground and do what she thinks is right? I couldn't wait to find out how the story would end. I liked the way Jessica Arnold set it up. I think The Lingering Grace is a good second book about Alice and her adventures with magic.
Read more
Helpful
Comment Report abuse

D. S. Ryelle
4.0 out of 5 stars Out of the Mirror and Into the Fire
Reviewed in the United States on March 15, 2016
(Originally written 3 Feb 16 and crossposted from GoodReads)

Apparently in Ms. Arnold's world, everyone who does magick is a psychopath. I'm sure every Pagan who reads this (and the first book) will find this absolutely delightful, as I do. [/sarcasm]

That being said, Lingering Grace is certainly better than Looking Glass and Eva Grace is an antagonist worthy of Stephen King. As there are still 41 days before this book is released, I won't go into any further detail, except to mention two big errors:

1. Tony mentions in the last book that he determined he lives roughly forty minutes away from Alice, but in this book, he appears to live right nearby and there's no indication he has moved.
2. As the description notes, Eva is hell-bent on resurrecting her sister Penny; however, never once does she stop to consider that Penny's body has surely been embalmed and would be no good even if Eva's magick succeeded. I acknowledge that some people don't believe in embalming, but--again--there is nothing that says her family are that sort of people. (Not only that, but a high school senior should know that most bodies are embalmed.)

Charity Martinez
5.0 out of 5 stars Very Different than the First Book
Reviewed in the United States on April 12, 2016
For full review please search "5 Girls Book Reviews" in a search engine and/or Facebook

This book is exceptionally different from the previous book (The Looking Glass). Alice is a normal girl doing everyday things such as homework, high school and dozing off in class.

My favorite character is Eva because she is manipulative, moody and just absolutely fascinating.

I think Alice is a little bored with her normal life and really just wants to be back in the action, so to speak.
Read more
Helpful
Comment Report abuse
See all reviews from the United States