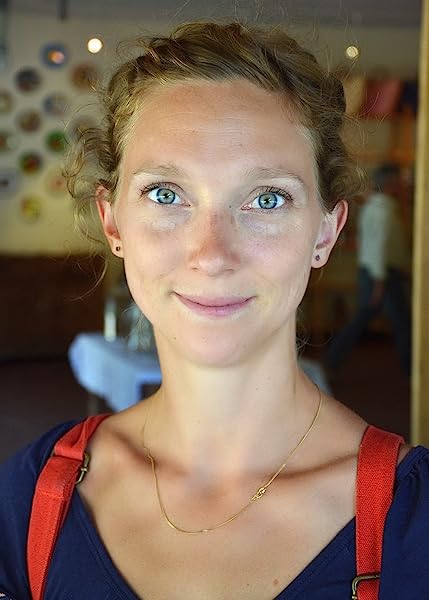 K-Gr 3—Spare text and eloquent artwork tenderly capture the true heart of friendship. It's autumn, and Lion is working in his garden when he discovers an injured bird and bandages its wing. The two watch quietly as the bird's flock fades away into the slate-colored sky. "'Don't worry,'" says Lion and offers his visitor shelter at his cozy home. A wordless spread shows the new friends sharing a meal, sitting in front of a roaring fire, and soundly sleeping (Lion in his bed, the bird nestled in his host's slipper). Snow falls, outdoor activities are enjoyed, and winter passes in contented companionship. Spring arrives—along with the flock—and Lion, sad but empathetic, bids his friend farewell. "Sometimes life is like that." The earlier illustration is re-created, and the bird's absence and Lion's loneliness speak louder than words. Summer sails by, and when fall returns, Lion, looking at sky, wonders, "And how about you?" Just when he gives up hope, he receives a joyful surprise. Dubuc's charming, pastel-hued illustrations convey gentle humor and genuine feeling. The story's measured pacing allows readers to discover and relish each emotional nuance. A lovely choice to share and savor.—Joy Fleishhacker, School Library Journal

*Starred Review* The intimacy of friendship, as well as the bittersweet sweep of time, is exquisitely rendered in this spare story of a kindly lion who rescues an injured bird flying south for winter. Many of the spreads are wordless, with the story being told through the mere depiction of a very few details: a home isolated in a snowstorm, a crocus popping up from a white bank, or Lion looking small on a bare page after Bird recovers and joins his old flock as it passes by again in spring. Just as with the seasons though, things that are gone return, and when Bird’s single note pierces an otherwise blank page, the signal is clear. Just as they did when Bird recovered, the duo are sure to spend a warm time together by Lion’s fire or in fun activities like sledding and ice fishing. The charming depiction of Lion’s home will delight sharp-eyed children, and the gentle pace of the story, which takes its time as surely as the plants in Lion’s garden take their time to grow, is reassuring. A much needed antidote to the speed of the world, this picture book by French Canadian Dubuc is one to savor. Preschool-Kindergarten. --Karen Cruze

★ “The intimacy of friendship, as well as the bittersweet sweep of time, is exquisitely rendered in this spare story of a kindly lion who rescues an injured bird flying south for winter . . . A much needed antidote to the speed of the world, this picture book by French Canadian Dubuc is one to savor.” – STARRED REVIEW, Booklist

“The Lion and the Bird (Enchanted Lion, May 2014), is a tender and moving story of friendship . . . There’s a lot of emotion, Dubuc conveying a great deal with her soft lines and warm palette” ― Julie Danielson, Seven Impossible Things Before Breakfast

“The Lion and the Bird is ineffably wonderful, the kind of treasure to which the screen and the attempted explanation do no justice — a book that, as it was once said of The Little Prince, will shine upon your soul, whether child or grown-up, “with a sidewise gleam” and strike you “in some place that is not the mind” to glowing there with inextinguishable light.” ― Maria Popova, Brain Pickings


“. . . full of subtle humor and drama that resonates rather than disappears. This is a friendship story full of empathy and beauty. . . . The clearly-rendered illustrations feature a muted palette that perfectly matches the tone of the story.” ― School Library Journal

“Dubuc excels at capturing emotions visually. The angle of Lion’s posture, with a single nuanced line for his mouth, evinces joy or sadness. White space—sometimes whole pages—speaks its own language of loss and hope . . . A sensitive, uplifting meditation.” ― Kirkus Reviews

“The Lion and the Bird is the kind of book that will endure time and bring hours of thought and conversation about friendship, diversity and seasons. It is simply a beautiful creation—and my pick for this year’s Caldecott.” ―32 Pages

“This is the kind of story that enriches your soul and leaves you feeling hopeful and happy. Both you and your child will want to linger over the pages and fully take in all there is to see with the beautiful illustrations.” -- Smart Books for Smart Kids


"a wistful story... You will be touched by the sensitivity of the drawings and their ability to express the joys or sorrows of being together or apart."―Vermont Country Sampler
"Pretty much by definition, quiet books tend to fly under the radar. Some rightfully so, as the wick is turned down so low it struggles to keep from extinguishing completely. But then you have books like The Lion and the Bird by Marianne Dubuc (Animal Masquerade) – full of subtle humor and drama that resonates rather than disappears. This is a friendship story full of empathy and beauty." ―Travis Jonker, 100 Scope Notes

Marianne Dubuc: Marianne Dubuc received her degree in graphic design from the University of Quebec in Montreal. She writes and illustrates many different kinds of books for readers of all ages.Once she has sold lots of books, she will move into a crystal castle with 22 cars, her grandmother and a canary. Currently, she lives happily with her husband and children and enjoys busy, creative days. She has become an internationally acclaimed since 2010. Her book In Front of My House, has sold over 50,000 copies in 12 different languages and was a finalist for the 2011 Deutsche Jugendliteratur Preis.
Read more

Page 1 of 1 Start overPage 1 of 1
This shopping feature will continue to load items when the Enter key is pressed. In order to navigate out of this carousel please use your heading shortcut key to navigate to the next or previous heading.
Back
Next
Pages with related products. See and discover other items: city birds, colors feelings