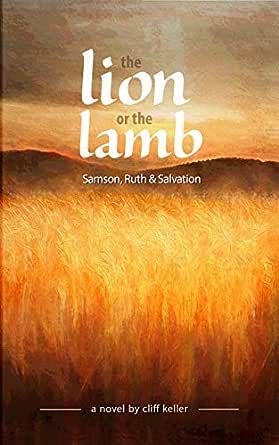 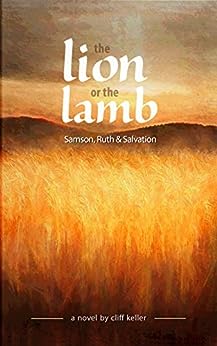 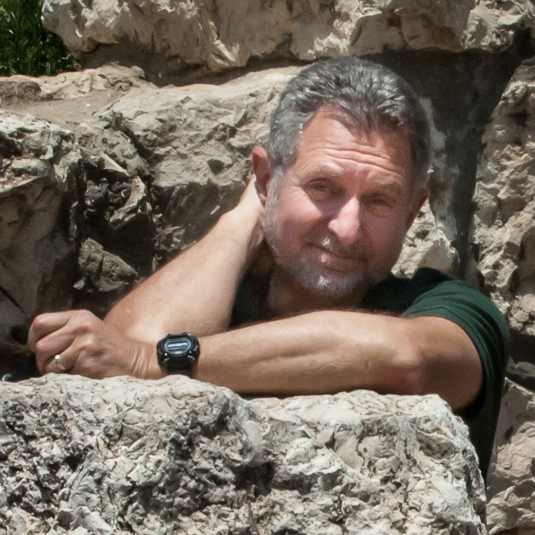 The Lion or the Lamb: Samson, Ruth and Salvation Kindle Edition

Ruth the Moabitess and Mighty Samson from the Sorek Valley may be the two most intriguing and unique characters in the Old Testament. Sweet, faithful Ruth, the relocated widow and eventual great-grandmother of Israel's King David, seems at first glance to have nothing in common with Samson, the famous scourge of the Philistines, easily the best known of ancient Israel's long line of judges. I was amazed to learn, as I set out to write yet another treatment of the events in The Book of Ruth, that these two were likely contemporaries.
The biblical record reveals that it's at least possible, if not probable, that Israel's hero and Boaz's wife lived within 20 miles of each other. Bethlehem, where Ruth and Boaz were married, is but a long day's walk from what is thought to be the ancient foothill village of Lehi, the place where Samson slew a thousand Philistines with the jawbone of an ass.*
It seems clear that, by Samson's many triumphs over the Philistines, he was seen by many as Israel's redeemer. Ironically--and irony is good stuff in novels--Judah's true salvation, as Ruth and Boaz began what would soon be known as the line of Messiah, had begun only miles from Lehi.
Contrasting the peace abounding in Bethlehem with Israel's misplaced reliance upon force, The Lion or the Lamb combines the stories of Ruth and Samson in a new tale told by the fictional narrator, Padi, who corresponds to the character in Judges who received Samson's abandoned first wife from her father (after she betrayed Samson by revealing his wedding riddle to her kin).
*For a detailed explanation, please see Were Ruth and Boaz contemporaries of Samson and Delilah? at standingbythegate.com

Padi, the son of a Philistine warrior, discovers at an early age that he does not belong among his violent people. Not only has his mild nature ruined his standing among his clan, but his choice of best friend, a wild native boy named Samson, has set him completely apart. Though no Philistine would harm Padi for fear of Samson, Padi abandons his home and moves to the Sorek Valley where he accepts Samson's abandoned bride as a gift from her angry father, thus becoming witness to a succession of Samson's destructive miracles.  Disillusioned by continuing violence in the valley, Padi deserts his faithless bride and heads to the hills, struggling until he stumbles into the village of Bethlehem exhausted and near death. There, despite his pagan blood, he is nursed back to health by relatives of Elimelech, husband of Naomi, who is soon to abandon Judah for Moab. After a deceptive introduction to the tradition of circumcision, Padi marries and goes to work in the barley fields for his brother-in-law, Boaz. Happily married, father of three and in love with his newfound home, Padi's life should be complete. But, as witness to continuing violence, he is plagued by a question; What exactly is salvation which his new people so keenly crave? He learns the answer only after Naomi returns to Bethlehem with her Moabite daughter, Ruth, and Mighty Samson is captured and taken in chains to the Philistine temple at Gaza.

Miriam's Regular Scholarship
5.0 out of 5 stars YOU WON'T BE ABLE TO PUT IT DOWN!
Reviewed in the United States on September 20, 2018
Verified Purchase
Cliff has done it again. I've written a review on his previous books about Old Testament characters. This one is also wonderful. You are simply there - right there watching all the action - seeing the geographical settings, what their eating, what they're thinking (or not thinking!) about. Love, hate, revenge, jealousy, insults, injustice, suffering, gains & losses... We can look from outside at the BIG picture if we wish - G-d trying to "shape up" His people. Samson was supposed to be one they could count on but what happened? Until recently it hadn't registered that Boaz's father was Salmon who married Rahab. Cliff caught this & other VERY interesting surprises for us even with the fiction thrown in.
Read more
Helpful
Comment Report abuse

Carolyn or Richard or Avi Hyde
5.0 out of 5 stars First rate reading experience from a master storyteller
Reviewed in the United States on October 17, 2018
Verified Purchase
I love how Cliff takes biblical characters and presents an in-depth story through the eyes of locals. His character development and insight is outstanding. Cliff is a master storyteller and this book along with his other books make for a first rate reading experience.
The only problem with Cliff Keller’s books is that he doesn’t have enough of them!
Read more
Helpful
Comment Report abuse

Janet Aslin
5.0 out of 5 stars Thought provoking read
Reviewed in the United States on February 3, 2019
Verified Purchase
I've been a follower of Cliff Keller for several years. Once I got past my surprise at his unusual way of presenting biblical accounts in non-biblical vernacular, I have come to appreciate the way his writing makes me take a fresh look at stories I have known since childhood. His latest book did not disappoint but challenged me to consider redemption on several levels. And it was very interesting to learn that Samson and Ruth were contemporaries. Though the language is modern, Cliff's extensive research shines through on every page.
Read more
Helpful
Comment Report abuse

lrdavis
5.0 out of 5 stars A FRESH LOOK INTO SAMPSON AND HIS CONTEMPORARIES
Reviewed in the United States on September 11, 2019
Verified Purchase
I am a longtime fan of Cliff and all his books and writings. He has a great talent for combining well researched facts into the development of his characters. This is my favorite book and I could not put it down until I finished it. I never realized that Samson lived during the time of Ruth and Boaz, a favorite Bible story. The development of supporting characters, the story line, all woven together so masterfully, makes this book a must read.
Read more
Helpful
Comment Report abuse
See all reviews