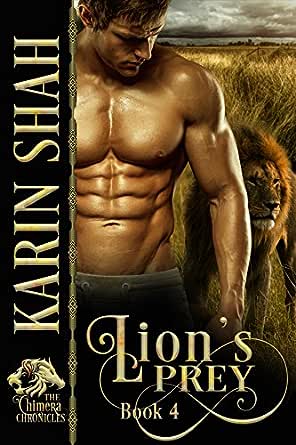 You've subscribed to The Chimera Chronicles! We will preorder your items within 24 hours of when they become available. When new books are released, we'll charge your default payment method for the lowest price available during the pre-order period.
Update your device or payment method, cancel individual pre-orders or your subscription at
Your Memberships & Subscriptions
There was an error. We were unable to process your subscription due to an error. Please refresh and try again. 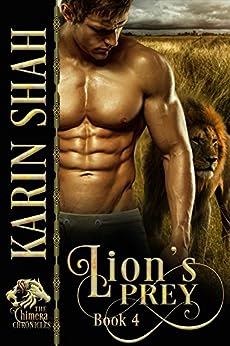 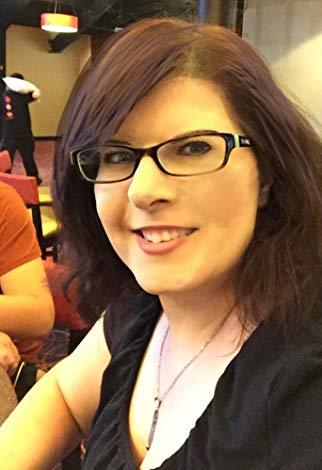 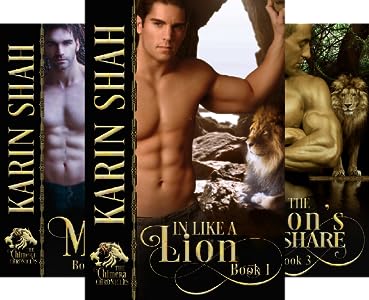 
"It is a great story with lots of action and romance..." --Lia L. The Romance Reviews
See more--

I love the TV show Supernatural, and I particularly love the episodes where Sam and Dean run afoul of the law. I also love Bank Robbery or Heist movies and so I was inspired by the episode of Supernatural called Nightshifter to put my heroes smack in the middle of a bank robbery. That book was THE LION'S SHARE (CHIMERA CHRONICLES 3) Connor's book. I had intended to leave my inspiration behind and have no more references to Supernatural in Ty's book, LION'S PREY (CHIMERA CHRONICLES 4) but the influence crept in, so readers who are also fans of Supernatural might catch some plot similarities to an episode called Jus En Bello.
My heroes, of course, ARE the shapeshifters, so the idea is flipped on its head. I hope you will enjoy these new installments of the CHIMERA CHRONICLES and will come to love Connor and Tyler as much as I love Sam and Dean!
Can be read as a stand alone, but I think the most enjoyment is from reading in order. Series order:

M. Hernandez
4.0 out of 5 stars Shape-shifting romance
Reviewed in the United States on February 5, 2020
Verified Purchase
You should know what you’re getting by now as this is number four in the Chimera Chronicles series. The formula is an entertaining one. The romance grows between two very attractive people and the difference is that one of them is a shape-shifter – in this case he changes into a magnificent lion. Zara Coventry is a reporter covering the story of a bank raid when she gets caught up with the gorgeous hunk of manhood that is Tyler Gunn. They are trapped together, and right from the beginning Zara has to come to terms with Tyler’s shape-shifting ways. Tyler knows – and his lion self agrees – that Zara is his mate. Cue sizzling romance!
Read more
Helpful
Comment Report abuse

Rebelle
5.0 out of 5 stars Ty and Zara
Reviewed in the United States on August 6, 2019
Verified Purchase
Zara’s just reporting on a hostage situation in a bank when she becomes the hostage. Soon she’s trapped with her captor. This is an excellent story although hopping from the main characters story to secondary characters was a little disorienting at first.
Read more
Helpful
Comment Report abuse

Shellseeker123
2.0 out of 5 stars Pretty good
Reviewed in the United States on October 2, 2019
Verified Purchase
A quick read. Maybe the coming books will be longer. I think I skipped a previous chapter or two. We will see.
Read more
Helpful
Comment Report abuse

Shari Heinrich
3.0 out of 5 stars Characters You'll Fall in Love With
Reviewed in the United States on November 2, 2016
Lion’s Prey, a paranormal romance by Karin Shah, is the fourth installment of her Chimera Chronicles. It’s Ty’s story, beginning where The Lion’s Share ended: outside of the bank after the robbery.

This book starts slowly, grounding us in reporter Zara Coventry—from a slice of her heritage to work woes and the long day she’s had covering the robbery. The next chapter flips over to Ty. When he protects Zara from danger, he’s sunk—she recognizes him, and his heart races. What’s an assumed bank-robber to do but take his likely mate hostage, then force her to drive him past a roadblock? He’s concerned whether his brother is alive; whether his foster brother Paul will be exonerated. The classic romantic ying-yang tension begins as he yearns for Zara, but fights against the life he’d lead her into.

Once Shah sends the characters into the snowstorm, the pace picks up. By chapter three, and the addition of Sheriff Charlie and her deputy, I was finally hooked. Shah adds the necessary complications to throw the characters together repeatedly, and works in the steamy dreams that connect the mates. That’ll melt the snow! I never knew when Zara, or Ty, would give in to their compulsion for that first, passionate tryst. Even when Zara knows Ty’s a chimera, she doesn’t know all that entails.

To sell the lost drug-plane storyline, Shah slips into three additional points of view. An opener with kids; the character charged with finding the plane; and a different character who’s thrown in at the end for one more twist. I don’t want to spoil the plotline, so I’ll say it reads more like Shah setting up a book for Zara than staying true to Lion’s Prey and what the Gunn brothers would do.
Likewise, a quick scene in the middle sets up for Kyle’s book (Shah’s goal for informally participating in NaNoWriMo is draft one of Dragon’s Flame, #5 in the series) but doesn’t contribute to the plot. Other points of view work since Ty’s brothers and their mates are back in the city of the bank robbery, trying to locate Ty. I enjoy the family dynamics, how the Mara brothers stick together. At the same time, I’m more invested in the main story. It’s a tough line to walk. It's always fun when the characters shift into their lion or dragon forms.

The first six chapters tend towards purple prose, with loads of adjectives and similes. The point of view slips from tight third-person to more distant, with filtering words like “could see” or “could smell” or “could hear” instead of active verbs grounding me. While that likely continued throughout the book, my reading speed picked up because that’s when I stopped taking my “book review” notes.

Shah works the sexual tension, that blush of first attraction, first kiss, fantasy. A scene in the middle lasts longer than I remembered in previous books, so that pushed my comfort level a tad.

Overall, I enjoyed the book because I enjoy the characters. At their core, they’re good people who want to do the right thing. They take chances for others. They feel “real.” Shah also has some fun plot twists I don’t want to spoil for readers. The ebook is available. Although I read this in the “advanced reader copy,” I still intend to purchase it when the paperback comes out in a few months.
Read more
Helpful
Comment Report abuse

Kindle Customer
VINE VOICE
5.0 out of 5 stars Page turning
Reviewed in the United States on October 20, 2016
Page turning. I use that phrase a lot when talking about Karin Shah’s books. The action is non-stop and really raises your heartbeat in a few spots. But Shah’s characters are real, at least in an emotional sense, not just cardboard cutout deliverers of mayhem. You care about them. All of this is why Karin Shah is on my ‘must buy’ list…

This book is a direct sequel of Lion’s Share, book three in this series. [If you haven’t read it yet, I really recommend reading it first.] In Lion’s Share the brothers split up in the last chapter and are supposed to meet at the heroine’s home. It doesn’t happen. In Lion’s Prey we find out why, and what happened then…

You’ve got to love the Gunn brothers, they sure know how to show a girl a good time. Con, the hero of book three, meets his mate when he takes her hostage during a bank robbery – and she just happens to be an FBI agent no less. Ty, the hero of this book kidnaps the reporter covering the bank robbery/hostage situation – and she turns out to be HIS mate.

The storyline covers their escape including blizzard conditions, an ‘armed and extremely dangerous’ dragnet, drug dealers, magic users, and of course tons of soul searching while the hero and heroine find their way to each other.

The Chimera Chronicles series
In Like a Lion
Entity Mine
The Lion's Share
The Lion's Prey
There’s a teaser for the next book, The Dragon’s Flame, at the end and it sounds great as well.

An ARC of this book was provided to me in exchange for an honest review.
Read more
Helpful
Comment Report abuse
See all reviews