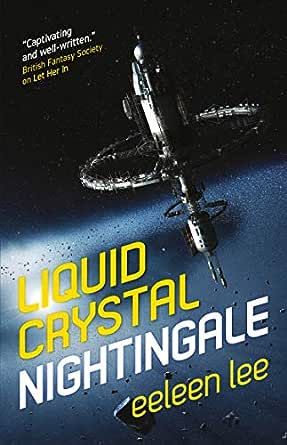 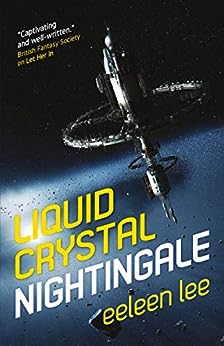 “Captivating and well-written.” , British Fantasy Society on Let Her In

“A tour of the underworld...Lee knows crime.” , PC on KL Noir: Blue

“A richly imagined and engrossing piece of work!” 4/5, SFX Magazine --This text refers to the paperback edition.

Ee Leen Lee was born in London, UK  but has roots in Malaysia. After graduating from Royal Holloway College she several years as a lecturer and a copywriter until she took the leap into writing. As a result, her fiction since has appeared in various magazines and anthologies in the U.K, Australia, Singapore and Malaysia, such as Asian Monsters from Fox Spirit Books, and Amok: An Anthology of Asia-Pacific Speculative Fiction. When she is not writing she can be found editing fiction and non-fiction, being an armchair gemmologist, and tweeting at odd hours. --This text refers to the paperback edition.

Anissa Annalise
4.0 out of 5 stars Great Imagery But Terribly Abrupt Ending
Reviewed in the United States on April 28, 2020
At the very end of this story is a book blurb for Tangle's Game by Stewart Hotston and I was still reeling from the end of Liquid Crystal Nightingale and it occurred to me that both these books literally end mid-scene and I was doubly peeved! How did I happen into this circumstance again?! Is this now a thing for some would-be standalones? Why is this a thing? That aside, I slashed a star off my rating.

This had all the hallmarks of a story that was right down my lane and I have to give all kinds of points to a great beginning that kept me quite engaged. There's also lush and vivid imagery and descriptions that made the world come alive. They have weaponized fans with biological mesh and shawls that are as beautiful as they are deadly. Corporatized families reign and lord over the underclasses and also carry out a good bit of shadiness within their rarified ranks.

Lee drops the reader right into the place and just goes with names and references and you're forced to either dive into the slipstream or GTFO. That, I found to be a strength of the story. The characters weren't ultimately as rich as I'd thought they'd be. For what seemed an interminable stretch, main character Pleo (my favourite, btw) is much discussed but missing from the stage. There's great action (wonderfully choreographed fights with broken and bloody ends) but there's also a long lull midway where I felt my interest waning a bit. The action picks up and plot moves forward at a good clip in the back 20% and then a huge moment is upon our characters and one asks "Does it end here?" only to have another reply "I hope so." Leaving this reader yelling "WTHDYM?! AYFKMRN?! THIS IS THE END?!"

So, in the end, I wound up at a three. On the upside, I'd read another by Lee. What was good was very good. In book likes this reminded me of Tangle's Game (obvs) and also Luna (because future feudalism with corporatized families).

Favourite passage (even public transport can be deadly if you are a fare evader):
He filed past two servitors hard at work, their telescopic arms spraying white foam over three bodies sprawled on the floor behind the sentry turnstiles. Three commuters had been shot dead by the turnstiles, most likely for trying to run through them. The foam generated a rising mound of streaky red and pink flurry as the bodies dissolved. "Dissolving's faster than bagging bodies up," a woman remarked from behind Marsh. "Lucky for those who die straight away." "I've seen some move," a man replied. "Heard them screaming too. The turnstiles' programmers like a bit of variety: bullets, acid sprays, even darts."
Read more
Helpful
Comment Report abuse
See all reviews from the United States