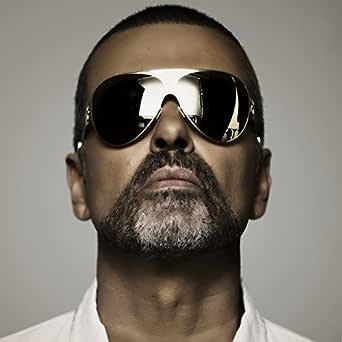 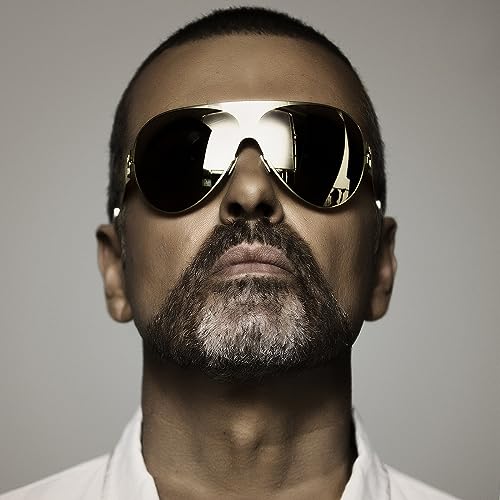 Listen Now
Buy MP3 Album $24.99
Your Amazon Music account is currently associated with a different marketplace. To enjoy Prime Music, go to Your Music Library and transfer your account to Amazon.com (US).

4.8 out of 5 stars
4.8 out of 5
1,295 global ratings
How are ratings calculated?
To calculate the overall star rating and percentage breakdown by star, we don’t use a simple average. Instead, our system considers things like how recent a review is and if the reviewer bought the item on Amazon. It also analyzes reviews to verify trustworthiness.

JJ Christensen Top Contributor: Eye Makeup
5.0 out of 5 stars IMO, a must have for any TRUE GM fan
Reviewed in the United States on October 21, 2017
Verified Purchase
I lost my original CD of "Listen Without Prejudice vol. 1" which I bought while a teenager, though I purchased the cassette tape when I was 13 years old, which says a lot because I'm a miser! I was miserable when I realized I had lost the CD (out of the 500 CDs I have, this is the only one that I lost track of somehow), especially because I realized it was gone right after George's announced death.

I have been waiting for this CD since March, which was when it was supposed to have come out. Don't know what the drama is there, but I'm just happy to have it now.

I never had legitimate, digital version of his unplugged, MTV performances, so this is a special treat me to have them now.

What I like about this product (getting technical now, not about the music, which I'm an obvious fan of):

1. The remastering of all the songs are top notch. Sound great!
2. I like the fact that the cover is not plastic but a hard cardboard. Over the years, I have grown in my appreciation for cardboard CD coverings over plastic. They last longer, and I like the fact there is no special insert in those pesky plastic covers.
3. The other side of this cover is George a bit younger, and he looks divine.
4. There was a liner stuck in the cover sleeve that serves as a mini-biography of the "Listen Without Prejudice vol. 1" album. It goes into what George did and thought as he put this album together. As a true GM fan and history teacher, this is a delicious treat.

Either you are looking to replace your "Listen Without Prejudice vol. 1" album, or to add the MTV unplugged songs into your music library, this would be a great addition for any GM fan.

the33rpm
4.0 out of 5 stars Remaster is lacking but the Unplugged is amazing
Reviewed in the United States on October 31, 2017
Verified Purchase
People always talk about Faith when talking of George Michael. And while that is an amazing album, Listen Without Prejudice is just as amazing but for different reasons. I respected that George wanted to work outside the box on this one. Though it may appear more mellow than Faith, it better highlights is vocal ability and range which is what I listen to George for anyways. This reissue remaster of the album kind of lacks though. Songs still sound amazing, but I'd expected a better remaster in this day and age. The songs don't pop any more than they did back in the day. The saving grace of this collection is the Unplugged disc. The collection of songs are amazing, sounds awesome, and really showcases George's vocal ability. How can anyone sound so good singing? For 13 bucks, get it for the Unplugged and think of the actual album as a bonus.
Read more
11 people found this helpful
Helpful
Comment Report abuse

H0pe
4.0 out of 5 stars Excellent sound quality; subtracting one star due to overlooked editing flaws
Reviewed in the United States on November 5, 2017
Verified Purchase
This review is for 88875158052, the standard CD re-release in the United States.

SOUND & PACKAGING
I've listened to both CDs in their entirety. Excellent sound quality (and disc two actually includes "Fantasy" f/ Nile Rodgers; it's a bit jarring after "Praying for Time" but one does have a hard copy). The artwork on the packaging is sharp; it's a shame that it's not issued with a digipak-style cover to keep in good condition.

PRINTING ERRORS
Not counting the front and back covers, the booklet insert has 14 pages.

Image one || closeup of page 14 with the MTV Unplugged credits
++ You'll note that "Everything She Wants" has an erroneous writing credit and claims a sample that has not appeared in previous versions of ESW.

At the risk of being cheeky, I double-checked a handful of previous Wham! and GM recordings - seems like George had the lone writing credit on this song. The MTV Unplugged version on the disc does not feature a markedly different performance.

Image two || closeup of page 12 with the Listen Without Prejudice vol. 1 credits
I confirmed that yes, "Waiting for That Day" does correctly attribute the RS sample.

H. Tanner
4.0 out of 5 stars Listen Without Remastering.
Reviewed in the United States on March 21, 2018
Verified Purchase
Beautiful re-packaging, but as others have stated I don't believe this album has been remastered. It doesn't have a clearer richer fuller sound than the original. I also think MTV Unplugged should've been released seperately, with a bonus disc of b-sides and remixes for inclusion with Listen Without Prejudice (found in the Deluxe, which I also own, and it isn't remastered either. ) Still- an important album from George's career. Achingly beautiful.
Read more
6 people found this helpful
Helpful
Comment Report abuse

Lisa k88,
5.0 out of 5 stars Love this so much!
Reviewed in the United States on October 20, 2017
Verified Purchase
My favorite album from George Michael. The unplugged version of praying for time is so beautiful. If your a fan, you've got to get this album. The unplugged disc is the Bomb!!!
Read more
8 people found this helpful
Helpful
Comment Report abuse

Ernest H Broome III
5.0 out of 5 stars Worth Owning!
Reviewed in the United States on August 10, 2020
Verified Purchase
It was great to get a new copy of this album at reasonable cost! Released when vinyl was well on its way out of popular use, this selection of primarily slower songs with meaningful lyrics by MIchael was extremely difficult to find in used vinyl stores. The reprinted copy is pressed on thick 180 gram vinyl and delivers flawless playback. A great addition to any vinyl collection!
Read more

DaMp
5.0 out of 5 stars Storm in a teacup
Reviewed in the United Kingdom on December 13, 2017
Verified Purchase
Was a gift for my wife who loves his music and told me in no uncertain words she would not even like it as a present as the songs were on the slow side and not his best, but she has not stopped playing this CD since, so explain that ?.
Read more
10 people found this helpful
Report abuse

Dave P
5.0 out of 5 stars Outstanding album
Reviewed in the United Kingdom on January 30, 2018
Verified Purchase
I have always loved George Michael's singing of ballads, and I had this album originally on cassette. Praying for Time, They Won't Go When I Go and Mother's Pride are quite simply outstanding. As if that wasn't enough, this reissue gives us a bonus disc of unplugged songs, providing quite a few more classics, including a real favourite of mine, You Have Been Loved.
Read more
8 people found this helpful
Report abuse

Steve
5.0 out of 5 stars Fantasic vocals that left me wanting more
Reviewed in the United Kingdom on January 19, 2018
Verified Purchase
Yes I'll admit that my teenage years were spent in the 80's listening to loads of music so unlike the todays younger generation I appreciate music / lyrics / preformers who can sing ( and not rely on auto tune ). I was more into the New Romantics and the Rock side of the 80's.

After seeing the final documentary about his life he made shortly before his untimely demise I decicided to purchase this to add to my collection.

All I can say was this is fantasic album / recording and I would strongly recomend this to anyone that does no have the original release.
Read more
6 people found this helpful
Report abuse

Susiesioux
5.0 out of 5 stars Great artist sadly missed
Reviewed in the United Kingdom on September 9, 2018
Verified Purchase
Great artist sadly missed, have collected all his works since his death, every song is a lasting reminder to a hugely talented man. I only hope he knew how much pleasure he gave & continues to give through his music legacy. Thank you for the Music George xx
Read more
6 people found this helpful
Report abuse
See all reviews