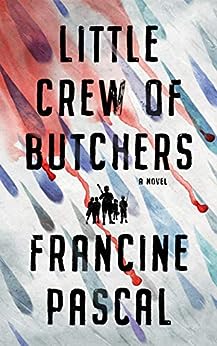 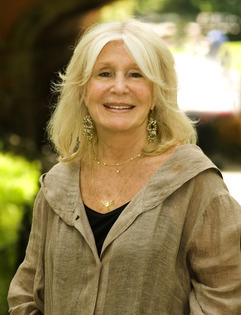 ''Fast-paced, insightful, and disturbingly topical -- Francine Pascal's Little Crew of Butchers is a glimpse into young minds swaying between fear and hope, and how our choices inevitably come back to haunt us.'' --Joe Hart, Wall Street Journal bestselling author of The Last Girl

''A spellbinding tale that masterfully showcases people's depravity, but also their deep and abiding humanity. Francine Pascal's view into the human heart, in all its myriad shades, is breathtaking.'' --Mia Sheridan, New York Times bestselling author

''In Little Crew of Butchers, Francine Pascal tells an unsettling story of four desperate days in the life of a homeless man. As cruelty, love, and violence converge in the final explosive chapters, the truth is all too clear: only we can stop the cycles of inhumanity that plague society.'' --Emily Carpenter, author of Until the Day I Die

''A tour de force that explores the savagery of children and the dark side of innocence.'' --Mindy McGinnis, author of The Female of the Species

''Francine Pascal is without comparison.'' --Lucinda Berry, bestselling author of When She Returned

''Pascal knows how to craft short, snappy chapters that leave the reader wanting more, and little Lucy, described as 'weird' by most of those who know her, makes an appealingly different heroine.'' --Kirkus Reviews

''[A] nail-biting thriller ... Little Crew of Butchers stands in shocking contrast to Francine Pascal's previous work as creator of Sweet Valley High ... Pascal avoids heavy-handed parables by maintaining a suspenseful pace that culminates in a heartbreaking redemption.'' --Shelf Awareness --This text refers to the audioCD edition.

Francine Pascal is the creator of the Sweet Valley High series and one of the world's most popular fiction writers for teenagers. She is the author of several bestselling novels, including My Mother Was Never a Kid (Hanging Out with Cici), My First Love and Other Disasters, as well as the Fearless series. Her adult novels include Save Johanna! and If Wishes Were Horses and the nonfiction book The Strange Case of Patty Hearst. She has collaborated with Michael Stewart on the Broadway musical George M! and with Jon Marans and Graham Lyle she has written the musical The Fearless Girl. She is on the advisory board of the American Theatre Wing. Her favorite sport is a monthly poker game.

Myunique Green
5.0 out of 5 stars Different
Reviewed in the United States on July 27, 2020
Verified Purchase
I liked this story. From the beginning it was very immersive and written in a way that’s easy to follow. In a world full of remakes and shared ideas, it was nice to dive into something different. Something fresh. It was fast-paced with no real resolution by the end, but, I would read a story that follows Daisy and Luke in a heartbeat. There’s something about their relationship that’s strange, and oddly realistic. Though, what’s billed as love, is merely infatuation at its finest. As much as I hated Larry, and omg did I hate Larry, I would still follow a spin-off. Only because his ending isn’t satisfactory in the least bit. In fact, aside from Luke escaping the gutter, nothing very satisfactory happens at all. It’s just one unfortunate event after another. Overall, I did like this book. There are moments that made me chuckle. Especially from Lucy, who is the heroine no one deserves. At times though, she’s a little beyond her years. But with just enough of that kid curiosity we all love. I could see a future of Lucy in law school. Anyways, it was a somewhat quick reading experience. Finished in a few hours; had to fight not to jump ahead. Enjoyable nonetheless.
Read more
Helpful
Report abuse

BP
5.0 out of 5 stars Frightening, Fraught, Richly Fulfilling
Reviewed in the United States on December 9, 2016
Verified Purchase
It’s a bold piece of business to billboard a book as being reminiscent of William Golding’s landmark 1954 bestseller “Lord of the Flies.” Such a claim brings with it uncommonly high expectations. I’m pleased to report that, Francine Pascal, creator of the wildly successful “Sweet Valley High” young-adult series, rises to the challenge and prevails with her terrifying new novel “Little Crew of Butchers.” It’s a terrifically rendered, expertly paced chronicling of how, under the sway and prod of a fiendish 12-year-old town bully, a clutch of younger kids, in dreadful fear of their tyrannical master, turn savage, heaping as they do hideous acts of torment and cruelty upon poor Luke, a dashing 24-year-old, who, as much in search of himself as on the lam, has inadvertently stumbled into and, as ill-fate would have it, become hopelessly trapped – literally -- within their realm. It’s not all horror, though; there’s a leavening, redemptive love story woven into the fabric of this fraught, well-wrought page-turner.
Read more
Helpful
Report abuse

patricia a saccoccio
4.0 out of 5 stars Very gruesome
Reviewed in the United States on January 16, 2021
Verified Purchase
If you like gruesome stories this is for you.
Read more
Helpful
Report abuse

Ken Gross
5.0 out of 5 stars A small town odyssey
Reviewed in the United States on December 7, 2016
Verified Purchase
When a man is trapped-literally and figuratively- it takes every twist of courage and character to survive. It also takes the collective recognition of true humanity by a whole town. Fran pascal has all the gifts to see into everyone,s heart!
Read more
Helpful
Report abuse

Spoiler free review:
I struggled in the beginning with this book. I really disliked every character and every decision they made. It was around a third of the way into the book when I realized I was SUPPOSED to not like every character. I was supposed to be appalled at how they handled these situations. Once that realization struck, I tore through the rest of the book in a few hours.

While it was a quick read, it wasn’t an easy one. The mental anguish Luke goes through while being stuck was tough to read. The kids were infuriating, but well written because they all felt real.

The finale was shocking but well done and felt like something that could really happen.

Overall, this was a good read if you’re looking for something that takes you for an emotional ride.