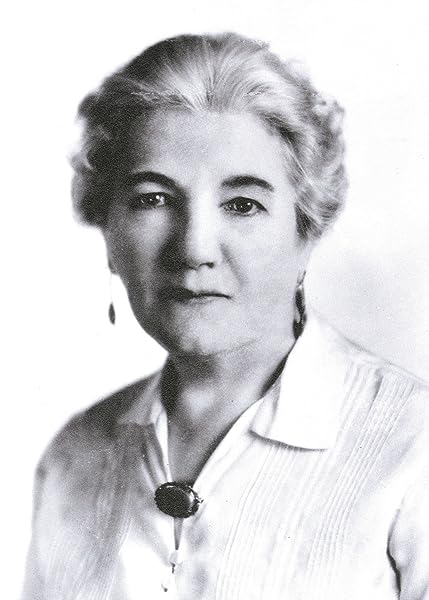 "Turkey Trouble" by Wendi Silvano
Turkey is in trouble. Bad trouble. The kind of trouble where it's almost Thanksgiving...and you're the main course. | Learn more
click to open popover

Long, long ago, a little girl named Laura Ingalls headed west toward the prairie with her Pa, her Ma, her sisters, Mary and Carrie, and their good old bulldog, Jack. They traveled far each day in their covered wagon, driving through tall grass until they found just the right spot for their new home. With the help of their kind neighbor, Mr. Edwards, Pa built a snug little house for the family in the middle of the wide-open prairie.

Renée Graef recieved her bachelor's degree in art from the University of Wisconsin at Madison. She is the illustrator of teh paper dolls and the Kirsten books in the American Girls Collection. She is also an avid hat collector, with over 150 hats at last count. She lives in Milwaukee, Wisconsin, with her huisband, Tim, and thier children, Maggie and Maxfeild.Join the Ingalls family as they pick a special spot on the prairie and build their snug log cabin home. Their new neighbor, Mr. Edwards, comes by to help, and after the hard work is through, everyone sings and dances to the joyful music of Pa's fiddle. Renee Graef's enchanting full-color illustrations, inspired by Garth William's classic artwork, bring Laura and her family lovingly to life in this eleventh title in the My First Little House Books series, adapted from Laura Ingalls Wilder's beloved storybooks.

Laura Ingalls Wilder (1867–1957) was born in a log cabin in the Wisconsin woods. With her family, she pioneered throughout America’s heartland during the 1870s and 1880s, finally settling in Dakota Territory. She married Almanzo Wilder in 1885; their only daughter, Rose, was born the following year. The Wilders moved to Rocky Ridge Farm at Mansfield, Missouri, in 1894, where they established a permanent home. After years of farming, Laura wrote the first of her beloved Little House books in 1932. The nine Little House books are international classics. Her writings live on into the twenty-first century as America’s quintessential pioneer story.

Renée Graef received her bachelor's degree in art from the University of Wisconsin at Madison. She is the illustrator of numerous titles in the Little House publishing program, as well as Rodgers and Hammerstein's My Favorite Things and E.T.A Hoffman's The Nutcracker, adapted by Janet Schulman. She lives in Cedarburg, Wisconsin, with her husband and two children.

Kelly
5.0 out of 5 stars Little House for Little People ❤️
Reviewed in the United States on January 16, 2018
Verified Purchase
Oh my molasses, these books make me want to reread the entire LHOTP books all over again. The illustrations are inspired by Garth Williams (who illustrated the original books), so it really does feel like you're reading the novels. I love these. I bought three of the winter-themed books and am planning to buy more books as well. I'm reading them to my little girl.
Read more
One person found this helpful
Helpful
Comment Report abuse

A.B..
5.0 out of 5 stars A Little House on the Prairie in color on every page!
Reviewed in the United States on August 12, 2019
Verified Purchase
How delightful to have the illustrations on each page. I loved reading this series to my kids, and now get to watch as they read it to theirs. Five Stars!
Read more
Helpful
Comment Report abuse

Amazon Customer
4.0 out of 5 stars Laura Ingalls
Reviewed in the United States on March 9, 2020
Verified Purchase
Kids loved the book.. in my classroom.. I planning on gett the rest of them
Read more
One person found this helpful
Helpful
Comment Report abuse

Arie Farnam
5.0 out of 5 stars Among the best
Reviewed in the United States on September 10, 2012
Verified Purchase
This is among the best in the My Fist Little House series. It has the atmosphere down. My 3-year-old loves it. It includes enough of the technical house building to get the basic idea and enough of the story to get it. Might not be great, if you don't have any of the previous ones. You could start with "Prairie Day" and go to this one and get by without the previous ones but this alone would not work as well.
Read more
2 people found this helpful
Helpful
Comment Report abuse

PierLakeGirl
5.0 out of 5 stars LHOTP
Reviewed in the United States on December 29, 2018
Verified Purchase
Had to buy this for my niece because I'm obsessed with LHOTP. She likes it
Read more
Helpful
Comment Report abuse

Soucy Squad
5.0 out of 5 stars Love it!
Reviewed in the United States on March 21, 2018
Verified Purchase
Love LHOP, so was not disappointed. Fast shipping.
Read more
Helpful
Comment Report abuse

Amanda Bork
5.0 out of 5 stars Beautiful illustrations.
Reviewed in the United States on July 21, 2016
Verified Purchase
Beautiful pictures and a lovely sneak peak at the novel. My girls love this book and I've now bought it for my niece as well. Wish I could find it in hard cover!
Read more
One person found this helpful
Helpful
Comment Report abuse

Thomas Edmondson
3.0 out of 5 stars Three Stars
Reviewed in the United States on February 8, 2018
Verified Purchase
OK but a little on the the high side in price
Read more
Helpful
Comment Report abuse
See all reviews

HelenN Devon
5.0 out of 5 stars Classic book written simply for children
Reviewed in the United Kingdom on June 11, 2014
Verified Purchase
This series of books are ideal to introduce smaller children to this great classic . Excellent illustrations and simple language.
Read more
Report abuse

Page 1 of 1 Start overPage 1 of 1
This shopping feature will continue to load items when the Enter key is pressed. In order to navigate out of this carousel please use your heading shortcut key to navigate to the next or previous heading.
Back
Next
Pages with related products. See and discover other items: laura ingalls wilder, classic picture books, picture book, picture books, third grade book, gifts for little children