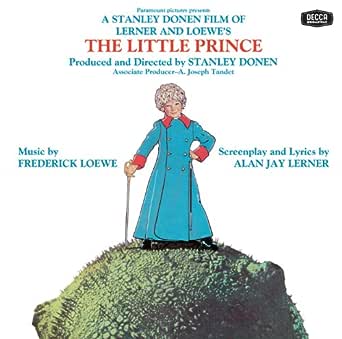 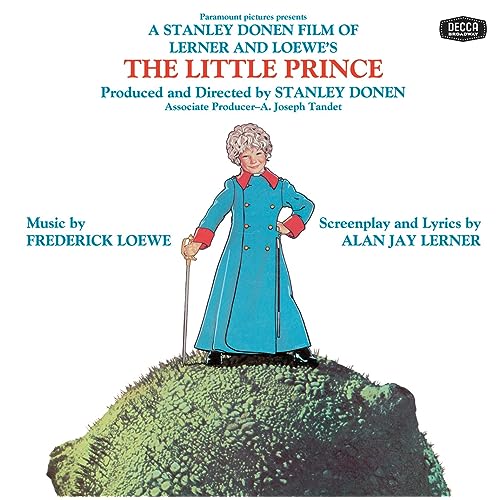 Vincent Desjardins
5.0 out of 5 stars A delightful score for fans of Lerner and Loewe and movie musicals
Reviewed in the United States on December 16, 2014
Verified Purchase
I saw this movie in the theater, the year of its release. After seeing it, I bought the soundtrack L.P. As it's currently rather difficult to listen to my L.P.s, I was happy to see this delightful musical score had been released as a digital download. Richard Kiley plays the pilot and he's in fine voice. His song, "I'm On Your Side," is very catchy and the song "Little Prince," is sweet and touching. Other highlights include Donna McKechnie (playing a Rose) singing "Be Happy," Bob Fosse as a snake singing "A Snake in the Grass," and Gene Wilder as a fox singing "Closer and Closer and Closer." My only complaint about this digital download is that the track information is wrong - it incorrectly lists someone named Douglas Gambley as the performer on many of the songs with no mention of Donna McKechnie, Bob Fosse or Gene Wilder. I had to go back to my L.P. and information from Wikipedia to verify which songs were performed by which actor. But other than that, the sound quality is fine and the lyrics and score are as lovely as those in some of Lerner and Loewe's better known works (Camelot, Gigi, Brigadoon, My Fair Lady). Listening to this soundtrack makes me want to see the film again.
Read more
One person found this helpful
Helpful
Comment Report abuse

M. Perry
5.0 out of 5 stars Sparkling Lerner and Loewe Score!
Reviewed in the United States on February 22, 2019
Verified Purchase
This lovely little film was very underappreciated at its first release. But now it is charming. (Of course, it was charming then, too.) The songs are clever, melodious and sometimes heart-breakingly lovely. A fine film for the family with rare musical performances on film from Broadway veterans Richard Kiley, Ron Moody, Donna McKechnie and Bob Fosse. I only wish that this had been issued on a physical CD, rather then just an mp3 download. But the price was right and I can always bun a CD from the mp3s.
Read more
Helpful
Comment Report abuse

Amazon Customer
5.0 out of 5 stars Lovely music from an adorable movie!
Reviewed in the United States on May 3, 2014
Verified Purchase
We love The Little Prince so of course I had to get the soundtrack, and it doesn't disappoint. My daughter and I love to sing along to "It's a Hat/ I Need Air" and "Closer and Closer and Closer" :)
Read more
One person found this helpful
Helpful
Comment Report abuse

Reader
5.0 out of 5 stars Wonderful music
Reviewed in the United States on April 14, 2005
Verified Purchase
I have been waiting for years for this soundtrack to be made available on CD. I imagine the audio is simply taken from the movie, so the purists out there may not think much of the sound quality. BUT this music and the performances are terrific. If you're here, you must already have been enchanted by the movie. The late great Richard Kiley is in great voice here, and what other album gives you Kiley with Gene Wilder and Bob Fosse? BUY this and be happy!
Read more
16 people found this helpful
Helpful
Comment Report abuse

paul
5.0 out of 5 stars Five Stars
Reviewed in the United States on April 5, 2015
Verified Purchase
great!!!! thanks so much!!!
Read more
One person found this helpful
Helpful
Comment Report abuse

greg leong
5.0 out of 5 stars My fair Baby?
Reviewed in the United States on August 16, 2013
Verified Purchase
A lovely and endearing score from the composer of some of the most enduring music theatre pieces ever written. Love it.
Read more
One person found this helpful
Helpful
Comment Report abuse
See all reviews