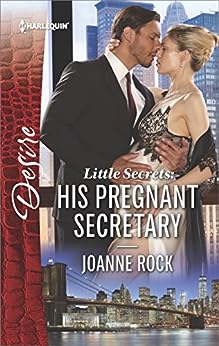 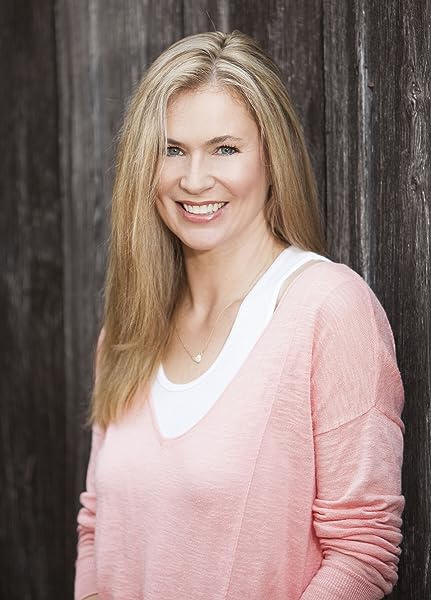 "Welcome back to the McNeill Magnates! Ms. Rock gives us a the perfect present for the holiday," Marcie R Gooreads Reviewer

"Each book has a definitive romance that burns hot and bright, while the continuing story arc of finding a wife and meeting the inheritance deadline ties each book together, and keeps readers wanting more." - RT Book Reviews
--This text refers to an alternate kindle_edition edition.

Read all the McNeill Magnates!

USA TODAY bestselling author Joanne Rock credits her decision to write romance to a book she picked up during a flight delay that engrossed her so thoroughly, she didn't mind at all when her flight was delayed two more times. Giving her readers the chance to escape into another world has motivated her to write over ninety books for a variety of Harlequin series.  --This text refers to an alternate kindle_edition edition.

I am having so much fun following the lives of the McNeills! I was as shocked as anyone when Dad announced his "other" family, and knew I needed to hunt down all the brothers. This family--abandoned young by their part-time father--has been through a lot and they are fiercely protective of one another.

That's a protectiveness Jager McNeill extends to his assistant, Delia, after an unexpected night of passion. He won't abandon his child the way his father abandoned him. For Delia, her boss's insistence on keeping her close wreaks havoc on her desire for independence. But resisting the passion of a McNeill isn't easy. Especially when she finds herself falling in love...

Don't forget to visit joannerock.com for updates on The McNeill Magnates and sneak peeks at what's up next!

4.0 out of 5 stars
4 out of 5
26 global ratings
How are ratings calculated?
To calculate the overall star rating and percentage breakdown by star, we don’t use a simple average. Instead, our system considers things like how recent a review is and if the reviewer bought the item on Amazon. It also analyzes reviews to verify trustworthiness.
Top reviews

Kindle Customer JB
5.0 out of 5 stars Love wins out
Reviewed in the United States on September 21, 2018
Verified Purchase
Jagar and Delia met under unusual circumstances when she ran him down with a jet ski. A couple of years later everything has changed and a pregnant Delia's life is about to change.
Read more
Helpful
Report abuse

Darlene
5.0 out of 5 stars Pregnant Secretary
Reviewed in the United States on March 18, 2020
Verified Purchase
This book was so good I couldn't put the book down I read it 3 times can't wait to read the others
Read more
Helpful
Report abuse

Brian's Mom
5.0 out of 5 stars Another McNeill to love! *sigh*
Reviewed in the United States on December 12, 2017
Ever read a series and can’t wait for the next book to come out? Yep, this is that series for me. I’ll never forget when Ms. Rock offered me the first book in the series (Quinn’s book) and asked me to review it. Oh.My.Gosh. I was completely hooked. Then we get to Cam’s book (#3) and at the last 1/4 of it, we are told that there are 3 more McNeill’s to drool over and read about. I waited with bated breath when it came to reading about the others. And trust me, Ms. Rock does not disappoint. Next month, I get to drool over Damon’s story next. In fact, we get a bit of the backstory about him and what has happened. *sigh*
So now we have the “beginning” of the “other” McNeills. *sigh* This trio is going to be even more interesting and feisty that Quinn, Ian, and Cam…if that’s possible. Of course, we get a trope that I liked. Boss/Assistant/Accidental Pregnancy but with Delia and Jager it’s much more than that. As Jager’s assistant, Delia doesn’t see him much. In fact, it’s been at least a year since they have seen each other so the scene above is priceless. These two have a work history but the romance part is so new to both of them. In fact, in the beginning, I couldn’t get into it but eventually, Jager had me believing in his true feelings for Delia. These two at major “daddy” issues and it affected how they saw marriage and especially with a baby on the way. I loved how Ms. Rock brought a resolution to Delia’s issue but we are not done with Jager at all. *spoiler alert * That’s the whole story ARC between the six books. 😉
What sold me about their relationship is how Delia was able to get Jager to go to New York and at least meet with his “other” brothers. I especially liked how the other girls were there for Delia from the beginning. They had all been there before, so they knew. And Malcolm is just great. Of course, Cam at the gate of his estate on the island is hilarious and trust me, only Cam could get away with it. That’s when I knew that Ms. Rock sold me on Jager, Damon, and Gabe. I can’t wait to see how the rest of the series plays out with all six of the brothers.
Ms. Rock cannot write a bad book. I’ve been reading her since her early, early Harlequin days (remember Spice? She wrote some historical shorts for that line and yes, I still have them on my old Nook) Plus, regardless of the trope, I always believe in the story. I might have had a bit of trouble in the beginning but once the story really started moving, I was sold. Bring the rest of the brothers. However, I will be really sad when it’s all over. I miss the lugs already.

*I received this book for my opinion. My opinion is my own and I was not paid for it.*
Read more
One person found this helpful
Helpful
Report abuse

MarcieR
5.0 out of 5 stars Family Matters
Reviewed in the United States on December 1, 2017
Welcome back to the McNeill Magnates!
While “Little Secrets: His Pregnant Secretary” is part of the Little Secrets multi-author miniseries, it also introduces us to Jager McNeill of the Other McNeill’s and is the first of the three brothers’ stories.

Jager returns to Martinique after a six-month absence and just in time to find his assistant, Delia Rickard, jumping into the water at his marina to save a little girl who fell overboard. After the adrenaline of saving the girl, Jager and Delia give in to their attraction that’s been simmering between them for two years. Their passionate encounter creates a new life, a life Jager swears he’ll be a part of and not be an absentee father like his own had been.
Delia, who two years earlier discovered her fiancé’s true reason to wanting to marry her, understands Jager’s need yet doesn’t trust his desire for her.

Both Jager and Delia are stubborn. Jager will do what is necessary to show Delia he will stand by her and their baby. All Delia wants is a family, but she won’t compromise her heart for a family without love.
Jager and Delia find the love in their hearts during Christmas in New York and are able to move beyond past hurts.

One of my favorite scenes in “Little Secrets: His Pregnant Secretary” is between Malcolm McNeill, Jager’s grandfather, and Delia during Jager’s and Delia’s first visit to meet the McNeill’s. Delia standing firm in light of Malcolm’s behavior and Malcolm, in all his gruffness, earned my sympathy in his response to Delia.
With a couple more surprises near the end – one for Jager, one for Delia – had me staying up late to find out what was going to happen.

Ms. Rock gives us a the perfect present for the holiday about the importance of family in this installment of the McNeill Magnates.
Read more
One person found this helpful
Helpful
Report abuse

Sassy Southern Book Blog
5.0 out of 5 stars I loved the journey the author takes you on to see ...
Reviewed in the United States on December 13, 2017
Joanne Rock's latest book Little Secrets: His Pregnant Secretary is a Harlequin Desire title. This book is a quick read. The story is very well written and the characters are well developed. The main characters are Delia Richard and Jäger McNeill. Delia is Jager's assistant and oversees his businesses on the island of Martinique. Jäger is from the wealthy McNeill family and has a very large successful family. Delia and Jäger meet under peculiar circumstances and Jäger offers Delia a job. Months later, Jäger returns to check on the business and is smitten with Delia and vice versa but Delia doesn't want to lose her job by getting involved with her boss. Unfortunatelly, neither Delia nor Jäger can fight the attraction and one thing leads to another and she becomes pregnant. But family dynamics will lead the two on a roller coaster ride. I loved the journey the author takes you on to see if they can find happiness. The book does contain sexual situations but they are pertinent to the story line. This book is a great read that I definitely recommend. I give it 5 stars. - By Julie
Read more
Helpful
Report abuse
See all reviews

Lyn
5.0 out of 5 stars Brilliant!
Reviewed in the United Kingdom on January 14, 2018
Verified Purchase
Another great book in the McNeill brothers' series! Can't wait for the rest!
Read more
Report abuse
See all reviews