You've subscribed to The Mountain Monroes! We will preorder your items within 24 hours of when they become available. When new books are released, we'll charge your default payment method for the lowest price available during the pre-order period.
Update your device or payment method, cancel individual pre-orders or your subscription at
Your Memberships & Subscriptions
There was an error. We were unable to process your subscription due to an error. Please refresh and try again. 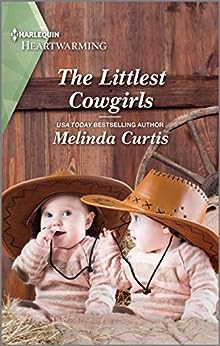 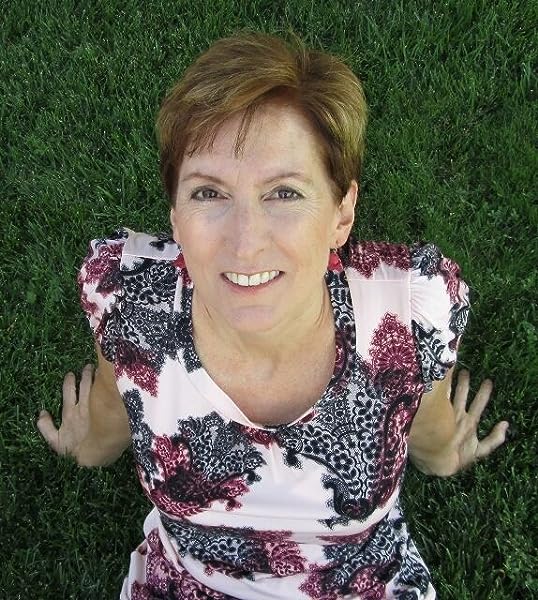 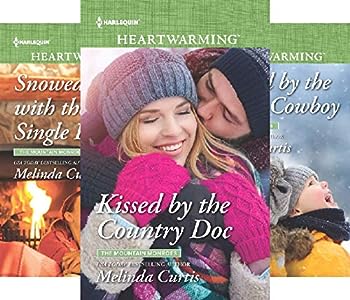 Melinda grew up on an isolated sheep ranch, where mountain lions had been seen and yet she roamed unaccompanied. Being a rather optimistic, clueless of danger, sort she took to playing "what if" games that led her to become an author.  She spends days trying to figure out new ways to say "He made her heart pound."  That might sound boring, but the challenge keeps her mentally ahead of her 3 kids and college sweetheart husband. --This text refers to an alternate kindle_edition edition.

Marsha
VINE VOICE
4.0 out of 5 stars Emotional, involved, love the Mountain Monroe series
Reviewed in the United States on July 17, 2021
Verified Purchase
The Littlest Cowgirls continues The Mountain Monroe series with a story full of emotions – and not all of them are the lovey-dovey kind, at least in the beginning. Wyatt will finally come face to face with reality in the form of one very pregnant Monroe twin… and certainly not the twin he’d thought he’d spent one unexpected night with. Ashley is determined to make sure that her twin, Laurel gets exactly what she wants, and what Laurel wants is to not have Wyatt as her twin daughters father on the birth certificate, in fact, what she really wants is for that night to never have happened but since she’s bearing the results of that night then the least Wyatt could do is sign away his parental rights to the girls – after all, he certainly never wanted to settle down with kids anyway!

Throughout the series, we’ve watched Laurel find happiness with Mitch, and for Ashley to begin the growing process of not being what is expected of her but to find her own journey – even if that moves her away from the safe niche she’s had in Hollywood. Now Ashley is about to come fully into her own as she tackles roles far beyond what she’s ever done before, yet knows with a heartfelt certainty that it is the right path for her right now. Of course, that doesn’t mean there won’t be speed bumps along this new road she’s traveling – and one of those just happens to be the attraction she has for one very annoying man, Wyatt.

I have to be frank in the fact that I never warmed up to Wyatt. I don’t know why that was, he certainly turned himself around by the story’s ending but that’s what happens sometimes – that reaction certainly took nothing away from the story nor his interactions with the Monroes, Gabby, or Laurel and Ashley. Now, Ashley, I adored for several reasons but mainly because she’s looking in the mirror and not liking what she sees and sets out to change herself into the woman she wants to be, one that she believes is capable of the multi-tasking career moves she’s making. And a woman who can stand toe-to-toe with Wyatt on her own terms.

We get the chance to run into several familiar faces in Second Chance, and perhaps get a different viewpoint of some of those family members along the way. I enjoyed being back in this series, and while I still have some catching up to do I’ve had fun with the Monroes and their small mountain town.

I own a Kindle edition of this title.
Read more
One person found this helpful
Helpful
Report abuse

Chrisj
5.0 out of 5 stars A great new book by one of my favorite authors!
Reviewed in the United States on February 1, 2021
This is book seven in The Mountain Monroes series. I have read all the books in this series that have been released. (I purchased this book through Harlequin, so was able to receive it before the release date of February 1, 2021.) I really love the town of Second Chance and all the characters that are in the stories. I look forward to reading each book as they are released to continue being a part of this special community. As I read each book, I think this is my favorite of the series! I did that once again with this book.

There are conflicts that arise between the characters in the story but things seem to work out for the best, and people get along which is always really nice and why I love to read romance, where I know the ending will be a happily ever after. I especially like to read clean, wholesome romance, and Melinda Curtis is an expert at keeping that perfect balance of a wonderful, interesting story without crossing over the line to being explicit.

I have read several books by Melinda Curtis in the pass and I really enjoy her writing style so much. I truly am going to miss this series after the final book is released in June 2021. It is going to be difficult to say goodbye to these people that I have come to care about.
Read more
2 people found this helpful
Helpful
Report abuse

MK
5.0 out of 5 stars Loved
Reviewed in the United States on February 2, 2021
This book was filled with love, laughter, family values, and redemption. When Wyatt Halford is hand delivered a wedding invite to be America’s Sweetheart aka Ashley Monroe plus one at her sisters wedding in Second Chance, Idaho, he accepts. What he doesn’t not accept is what she, her sister and the immediate people involved with what he believes to be a hoax tell him. He has some choices to make, and do the right thing. It’s just to much to take in, but the fact still remains he’s faced with a situation that effects many. It would kill his career..Ashely and family tell him what he should do. He needs to think it over.

Ashley must redeem herself with her sister Laurel, her family, and Wyatt. She’s the one that put everyone in this mess. All Wyatt has to do is sign some papers and he can walk away back to his life.
Wyatt must make a choice and it’s not easy, and that’s putting it mildly. On top of it Ashley is doing some sort of film in Second Chance which has history to the town of Second Chance, Idaho. He wants to know more about It. She doesn’t want him involved. He needs to make her see otherwise.

So much more to come. I highly suggest you buy this book. Ms. Curtis did not disappoint me. In fact the whole Mountain Monroe series is amazing. Now you can read them by themselves, but I liked reading in order. Of course all the characters will be seen throughout the books. I just like reading books in a series from the beginning.
Read more
One person found this helpful
Helpful
Report abuse

Britt98
VINE VOICE
4.0 out of 5 stars Fun Story!
Reviewed in the United States on February 1, 2021
The Littlest Cowgirls was a fun story. If you haven’t read the books that come before this one in the series, then you may feel a little overwhelmed with so many characters and a community history that you will be jumping right into. Having read all of the books before this one, I loved getting to see how things were going to work out regarding Laurel, Mitch, Ashley, and Wyatt.

It was great to catch up with so many characters that I have enjoyed reading about in past books. Laurel and Mitch were getting ready for their wedding and tensions were high regarding whether Wyatt would agree to sign away his parental rights or want to participate in the parenting of the girls. Gabby, Mitch’s twelve year old daughter, played a pivotal role in the story and it was fun to see things from her perspective, too.

I loved the way Ashley and Wyatt’s connection built throughout this book. They had quite a bit in common, yet different ways of approaching their acting careers. The romance between these two ended up being very sweet and natural.

The author wrapped up all of the many pieces of this story into a very satisfying happily-ever-after with a sweet epilogue.

I received a complimentary copy of this book. All opinions are my own.
Read more
One person found this helpful
Helpful
Report abuse
See all reviews