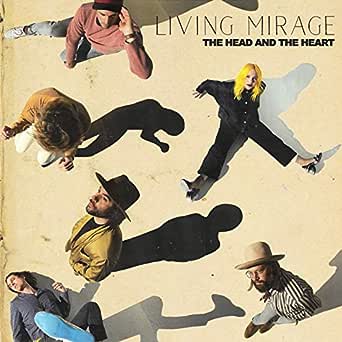 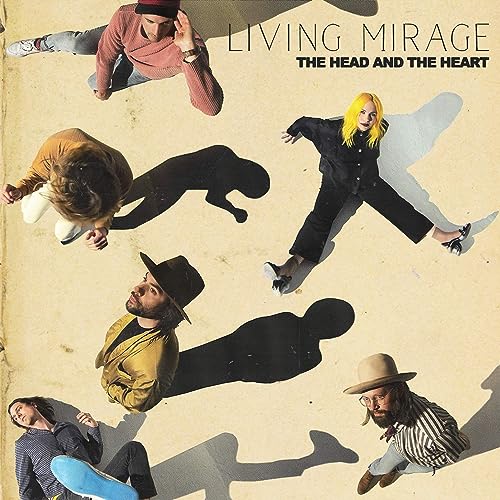 4.7 out of 5 stars
4.7 out of 5
193 global ratings
How are ratings calculated?
To calculate the overall star rating and percentage breakdown by star, we don’t use a simple average. Instead, our system considers things like how recent a review is and if the reviewer bought the item on Amazon. It also analyzes reviews to verify trustworthiness.

Adam
3.0 out of 5 stars No digital download?
Reviewed in the United States on May 17, 2019
Verified Purchase
Overall, this is a good album. I was not disappointed with the music. However, I was disappointed not to receive a digital download with the vinyl. I prefer to listen to music on vinyl. However, let's be honest, vinyl is not the most practical of music mediums. It would be nice to be able to listen to this album on the move. Please include a digital download. It's a small but important gesture of gratitude to fans who care enough about the music to purchase it in it's most expensive format.
Read more
15 people found this helpful
Helpful
Comment Report abuse

Michael Haywood
4.0 out of 5 stars The pop sound is more defined but not in a bad way
Reviewed in the United States on May 17, 2019
Verified Purchase
It took me a couple of listens to really get into it but I actually ended up enjoying this album a lot more than Signs of Light. Their pop-oriented sound is a lot more defined and I feel that the quality of the songs is much improved as well. Some of the songs I keep going back to are "See You Through My Eyes" and "Honey Bee". And while it lacks the original sound they started with, The emotion is still there in the vocals and the lyrics so long time fans won't be disappointed.

And while the new sound may not appeal to fans of their old stuff (especially the first two albums) but I think it's a step in the right direction considering their newfound success.

Aside from that, the album is solid. I wish I could listen to it on my iPhone, though...
Read more
9 people found this helpful
Helpful
Comment Report abuse

blu
5.0 out of 5 stars Great album!
Reviewed in the United States on July 11, 2019
Verified Purchase
From front to back, this is a solid album. I have pretty much been to listening to this album for a week straight. I've read a lot of complaints on social media about how these guys have changed and how they should change back (the same stuff I read about Mumford & Sons). To me, The Head and the Heart's strength has not been the music they play but their lyrics, and the lyrics on this album resonate with me as much or more than the lyrics on their first two albums. Bands change, just like people do.
Read more
2 people found this helpful
Helpful
Comment Report abuse

R. Moses
2.0 out of 5 stars Where did you go THATH?
Reviewed in the United States on May 17, 2019
I must preface this review by stating that I’ve been in love with “The Head and The Heart” since pre-2011. Their debut album was a folk rock masterpiece, and I highly suggest new listeners to them give albums #1-2 a listen. Warm, buttery folk perfection.
Their last album hinted at a change in direction and sound, but I also thought it was very listenable, and I appreciated the changes. I love it when a band mixes their sound up and changes things to experiment and evolve, especially if it sounds honest, and not just a cash-grab to sound more like mainstream music. I felt that was the case with #3.
Which brings us to THATH’s newest album, “Living Mirage.” Ugh. I’m not sure what happened here, but I have an idea. I’ve seen this band live, and whether it was live or on tv, I’ve noticed that audiences go nuts when they listen to Charity’s voice. To each their own opinion, but I’d say it’s an acquired taste. This album HEAVILY features Charity in a way like no other album, and I think it was a major misstep. My guess is that due to the mush-mouth popularity of singers like Billy Eilish, they decided to feature Charity as they did, as I can see huge similarities in their voices. I always felt Charity was best in small doses, preferring her as an instrumentalist over a vocalist (her violin playing is wonderful), but as I saw, I must be in the minority with this opinion, due to the response she gets when she sings. But, as I can’t stand Billy Eilish’s voice, I have a very hard time enjoying such a prominent Charity Rose on at least 1/2 the tracks on this album. Her voice doesn’t have the strength to be featured as it is.
Again, my humble opinion. And speaking of her violin play, Charity is almost nonexistent in this regards on “Living Mirage”, which is a real bummer.
That being said, overall the instrument work on this album is beautiful, especially the piano and bass guitar rifts, but this isn’t the band I fell in love with anymore.
If you love Charity’s voice, you’ll probably love this album, though. I’m still a huge fan of this band, but this album is a bit of a tough pill to swallow.
Read more
27 people found this helpful
Helpful
Comment Report abuse

dare adams
5.0 out of 5 stars living lovely music!!!!
Reviewed in the United States on May 21, 2019
Verified Purchase
The head and the heart , is there anyone that makes such fun touching music , been with them from their first release, living mirage is a total joy, I must say Thank You! Head and Heart we love ya.
Read more
3 people found this helpful
Helpful
Comment Report abuse

Edward Luegers
3.0 out of 5 stars No digital download w/vinyl
Reviewed in the United States on June 13, 2019
Verified Purchase
I love the band and was really disappointed to not have a digital download included with the vinyl. This is really uncommon in my experience buying vinyl and seems very cheap since it seems to be standard procedure anymore. Really wish they'd make this right.
Read more
Helpful
Comment Report abuse

Dog Guy
1.0 out of 5 stars No digital download!
Reviewed in the United States on August 19, 2019
Verified Purchase
I did not even check to make sure before I ordered that it was included with the CD purchase. Every other album I have ordered for years have included, Including previous The Head and the Heart albums. Last one I buy from them, I feel cheated.
Read more
Helpful
Comment Report abuse
See all reviews

Tristan Dare
5.0 out of 5 stars Beautiful album and high quality vinyl
Reviewed in the United Kingdom on September 12, 2019
Verified Purchase
Great ablum and beautiful vinyl. Love every song on this album and lovely sound quality. Would recommend to anyone.
Read more
Report abuse