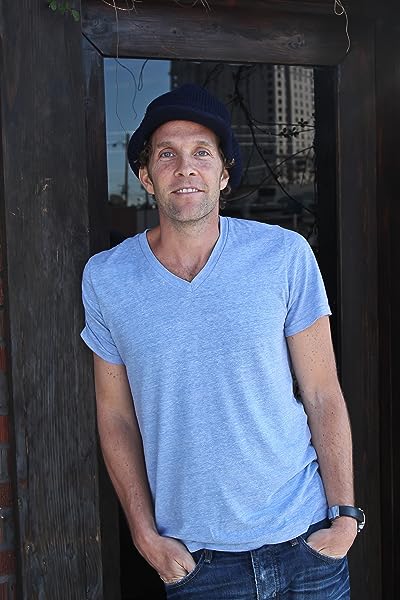 Living with a SEAL: 31 Days Training with the Toughest Man on the Planet Paperback – Illustrated, November 1, 2016

This is 100% Jesse. Do it differently and you get different results. That's the way he has operated his entire life and it has worked beautifully.―Mike "Coach K" Krzyzewski, Duke Basketball head coach

Most of us go through life on auto-pilot. New day...same routine. This guy beamed a "live action hero" into his living room for 31 days to shake up his life. Sometimes you have to have the guts to do something radical to get results.―Dolvett Quince, The Biggest Loser

Jesse knows what it takes to succeed in business and in life - a Don't Quit attitude! Our US Military embraces that attitude in training and survival, no one more so than the elite Navy SEALs. When my pal invites SEAL into his world, Jesse's life is never the same again! The relationship between these guys is outrageous - it's like the Fresh Prince of Bel-Air meets Rambo! But with all the insanity there are strong life messages, hysterical moments, and great lessons to be learned. Like Jesse, this book is a HIT!―Jake Steinfeld, chairman and founder of Body by Jake


George Foreman once gave me great advice. When I told him my husband ran 100 miles non-stop he said, 'Sara, don't try to understand a man like that. Just love him.'―Sara Blakely, Founder of SPANX, Jesse's wife

"Living With A Navy Seal is funny and compelling with practical wisdom that leaves the reader feeling elevated and empowered. It also deeply impacted my own personal journey to health, fitness and well being."―Senator Cory Booker

Jesse Itzler only eats fruit 'til noon, loves Run-D.M.C., and enjoys living life "out of the box." In fact, he doesn't even have a box. The author of the New York Times bestseller, Living with a SEAL, cofounded Marquis Jet, the world's largest private jet card company which he and his partner sold to Berkshire Hathaway/NetJets.

Jesse then partnered with Zico coconut water, which he and his partner sold to The Coca-Cola Company. He's a former rapper on MTV and wrote and performed the NBA's Emmy Award-winning "I Love This Game" music campaign and the popular New York Knicks anthem "Go NY Go." When he's not running ultra-marathons, eating vegan food or being a dad to his four kids, Jesse can be found at the NBA's Atlanta Hawks games, where he's an owner of the team. He is married to Spanx founder Sara Blakely.

Page 1 of 1 Start overPage 1 of 1
This shopping feature will continue to load items when the Enter key is pressed. In order to navigate out of this carousel please use your heading shortcut key to navigate to the next or previous heading.
Back
Next
Pages with related products. See and discover other items: media training, street workouts, super training, Wife Push Presents