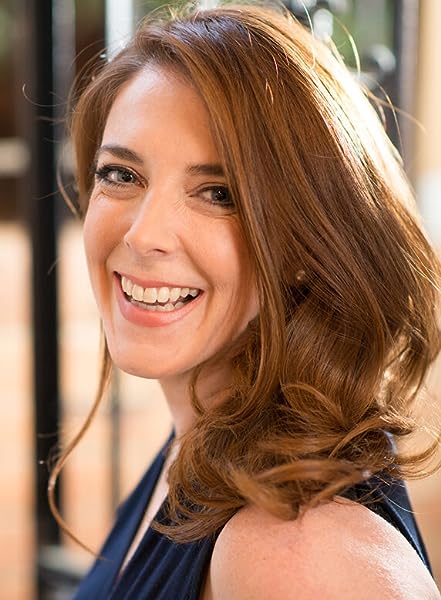 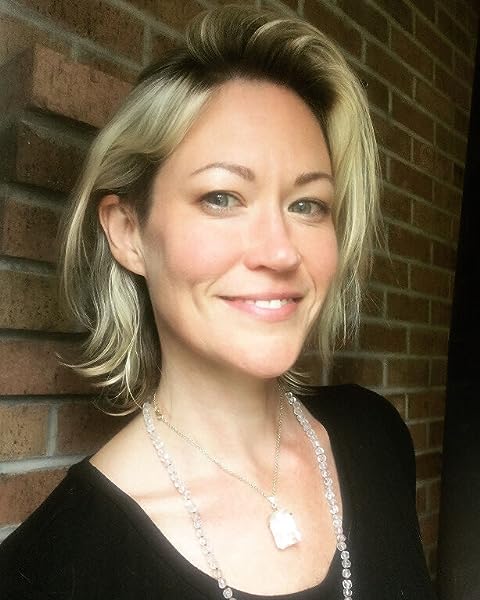 Living the Sutras: A Guide to Yoga Wisdom beyond the Mat Paperback – June 12, 2018

by Kelly DiNardo (Author), Amy Pearce-Hayden (Author)
4.7 out of 5 stars 276 ratings
See all formats and editions
Sorry, there was a problem loading this page. Try again.
Great on Kindle
Great Experience. Great Value.

In its highest form, yoga is a practice for your body and your mind. Living the Sutras brings the wisdom of classical yoga philosophy into your life in an accessible and relevant way. The Yoga Sutras, written by the guru Patanjali over two thousand years ago, are made up of 196 aphorisms that offer potent teachings on how to deal with loss and pain, and guidance on how to lead a healthy and fulfilling life. Here, Kelly DiNardo and Amy Pearce-Hayden offer an entrée to this yoga training for the mind and spirit by introducing a sutra or group of sutras on a related theme—providing a brief commentary, and writing prompts to allow you to reflect on and apply the meaning of the sutras to your life.

Living the Sutras is at once an introduction to the classical philosophy, a quick guide for students and teachers, and an active self-study that helps you to engage with yoga wisdom in a deeply personal way.
Read more
Previous page
Next page

“Amy Pearce-Hayden and Kelly DiNardo deliver the ancient wisdom of the Yoga Sutra of Patanjali in practical, down-to-earth ways to help us find the sacred in our crazy, messy, busy lives. In doing so, they lovingly teach us what it means to live life on purpose.”—Linda Sparrowe, author of Yoga Mama and The Women’s Book of Yoga and Health

“Living the Sutras is a tool to make the other aspects of Yoga as approachable and accessible as the asana is today. It’s an opportunity to learn where we are in our mind and spirit and then harness it. It’s a way to make the ancient wisdom found in the Sutras relevant to our modern lives. And it’s a guide for putting it all together so we can live with ease and purpose.”—Integral Yoga Magazine

“For those who really want a journaling and meditative practice around the Sutras, this would be a great resource. The Sutras are laid out succinctly and DiNardo and Pearce-Hayden offer excellent reflection space after each. A perfect guide for dipping your toe into where and how you understand the Sutras and their impact on your own life.”—Book Riot

Amy Pearce-Hayden has devoted twenty years of study, practice, and teaching to classical yoga, Ayurveda, Tantra, and meditation. She founded the RajaHatha School of Yoga in 2003, and continues to certify teachers in her 200 and 500 hour lineage. She is also a regular guest contributor to Yoga International and yoga instructor for the Himalayan Institute in Honesdale, Pennsylvania.

Kelly DiNardo is a journalist and author whose work regularly appears in The New York Times, O: The Oprah Magazine, National Geographic Traveler, among others. She is also a yoga instructor and owner of Past Tense yoga studio in Washington, DC.

Amazon Customer
5.0 out of 5 stars An open journey into oneself
Reviewed in the United States on September 23, 2018
I bought 2 copies of Living the Sutras. My wife loves Yoga but I am a Meditator. I wanted this book to be a fun joint project to bring us together and understand our practice on a "neutral ground".As a Buddhist, I found a lot of coming themes between meditation, yoga and Buddhism that the authors do a great job of simplifying and developing and approachable way to examine oneself.A great addition to my library and highly recommend.
Images in this review

Sharon Burkett
5.0 out of 5 stars Refreshing and Relevant
Reviewed in the United States 🇺🇸 on September 15, 2022
Verified Purchase
I've ready many translations of the Yoga Sutras. This is the book I return to again and again to deepen my self-study. It is relevant and accessible, and invites me back to simplicity when my yoga practice and daily life are feeling overwhelming or uninteresting. The Yoga Sutras can sometimes feel like a dense and tiresome read; with the added reflection questions, I found I was able to apply the sutras to my lived experience in a beautiful way. I discover or remember something about myself every time I pop the book open. Highly recommend!
Read more
3 people found this helpful
Helpful
Report abuse

AmberSmith
5.0 out of 5 stars Relevant translations, engaging commentary, on-point reflection prompts
Reviewed in the United States 🇺🇸 on August 23, 2018
Verified Purchase
Imagine sitting down to tea with a trusted friend or mentor to discuss the greatest, but perhaps most challenging, book you have ever read- the book of your own life. Through a combination of relevant and accessible translations, engaging commentary, and on-point reflection prompts, Living the Sutras provides a structure for readers to engage with yoga philosophy in a way that is down to earth and immediately applicable to one's life. It is clear the authors carefully thought out their word choice for the translation to infuse the philosophy with modern language without losing meaning. The commentaries provide authentic examples of how the sutras play out in daily life and create a bridge between the philosophy of the sutras and the prompts that model how these ancient ideas can be applied to one's life. The reflection prompts build throughout the book creating a common thread to allow the reader to go deeper and deeper into self-study. Perhaps the greatest value of this book is that is highly engaging and is not a passive read of dense ancient text. If you are looking for a way to better understand your goals and purpose in life this book will be a great companion on your journey.
Read more
16 people found this helpful
Helpful
Report abuse

Dee
5.0 out of 5 stars HIGHLY RECOMMEND
Reviewed in the United States 🇺🇸 on January 25, 2019
Verified Purchase
I just finished reading this book and found it to be incredibly engaging with the journal prompts after the simple and yet heart-opening commentary. I think a book like this, about practices, calls for a way to engage with the material in the way that the authors provide. I am a yoga teacher with a focus on beginners. I will recommend this book to students and friends for years to come and I will come back to it again and again.
Read more
8 people found this helpful
Helpful
Report abuse

ChrissyJ
5.0 out of 5 stars Living Yoga in Your Everyday Life’
Reviewed in the United States 🇺🇸 on February 19, 2021
Verified Purchase
Love this book! Very thoughtful and well written. Helps me with journaling my thoughts and explains the sutras very well.
Read more
Helpful
Report abuse

Lyon15
5.0 out of 5 stars Easy understandable book
Reviewed in the United States 🇺🇸 on April 5, 2021
Verified Purchase
Good basic understanding of the Yoga principles.
Easy to read and think about.

Jules
5.0 out of 5 stars Must read!
Reviewed in the United States 🇺🇸 on March 8, 2020
Verified Purchase
As I sit down to start reading this book for the second time, I see pages filled with highlights and notes in the margins. I am so grateful to have thus book to open so many doors of understanding.
Read more
One person found this helpful
Helpful
Report abuse

R. Joseph Owles author of A Song To My Soul
2.0 out of 5 stars Missing Content
Reviewed in the United States 🇺🇸 on September 30, 2021
Verified Purchase
I like the informal translation and a lot of the commentary. If it contained the entirety of the Yoga Sutras I would have given it 5 stars. But it stops abruptly at 3.3 and leaves out the bulk of part 3 and all of part 4.
Read more
6 people found this helpful
Helpful
Report abuse

Michele Hatty
5.0 out of 5 stars So informative and well-written!
Reviewed in the United States 🇺🇸 on June 17, 2018
Verified Purchase
If, like me, you’ve loved the physicality of yoga for a long time but have not really explored the spiritual side of it, this book will be a revelation. The authors have a thoroughly engaging style and do an amazing job of sharing how and why living the sutras can make a huge impact on you inside and out. Highly recommend!
Read more
9 people found this helpful
Helpful
Report abuse
See all reviews

Glitzydebs
2.0 out of 5 stars Okay
Reviewed in the United Kingdom 🇬🇧 on June 1, 2019
Verified Purchase
I was dissapointed in this to be honest. I bought it after listening to the ladies on a podcast. It’s okay but I didn’t learn anything new sadly.
Read more
2 people found this helpful
Report abuse

VWalk
5.0 out of 5 stars Brilliant modern day reflections on the Yoga Sutras
Reviewed in the United Kingdom 🇬🇧 on June 27, 2020
Verified Purchase
This is my most used Yoga Sutra book that I have found incredibly helpful during my yoga course. I struggled to grasp the concepts in some of the more traditional yoga sutra books, so I always read this book first and their explanations make so much sense. Totally recommend, get this one first!
Read more
One person found this helpful
Report abuse

richard holmes
5.0 out of 5 stars Gift
Reviewed in the United Kingdom 🇬🇧 on June 11, 2021
Verified Purchase
Gift which was well received and in good condition.
Read more
Report abuse

Monica Kulara
5.0 out of 5 stars Easy read
Reviewed in the United Kingdom 🇬🇧 on October 10, 2019
Verified Purchase
A very easy read! If you already tried reading the sutras and did not get too far, this is the book for you! :)
Read more
2 people found this helpful
Report abuse

Amazon Customer
5.0 out of 5 stars Most practical interpretation of the Sutras
Reviewed in the United Kingdom 🇬🇧 on April 26, 2019
Verified Purchase
Relatable and very practical take on the Yoga Sutra.
Read more
2 people found this helpful
Report abuse
See all reviews