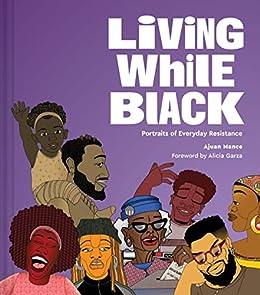 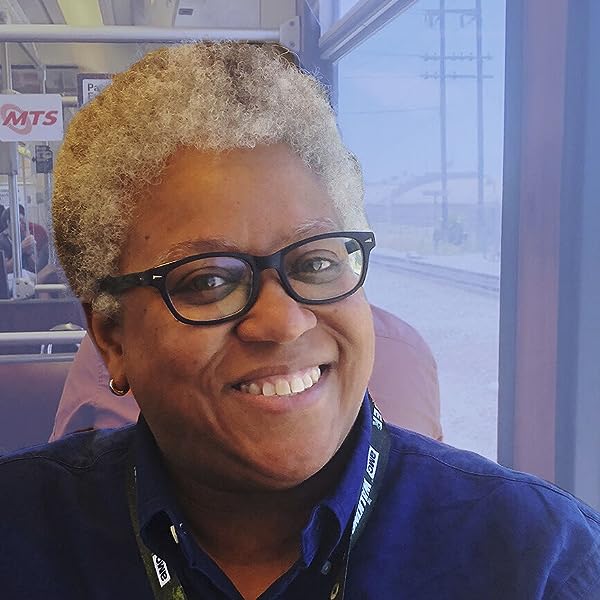 by Ajuan Mance (Author), Alicia Garza (Foreword) Format: Kindle Edition
See all formats and editions
Sorry, there was a problem loading this page. Try again.
In homage to the radical power of art, Living While Black celebrates the small acts of resistance that comprise the daily lives of Black folks by presenting them in a series of vivid illustrations.

Laughing. Grieving. Being a kid. Even the purest expression of pleasure, the most human display of sorrow, or the simplest delight of childhood is an act of resistance if you happen to be Black. This immersive hardcover book features forty defiantly joyful illustrations by artist and educator Ajuan Mance, each artwork depicting a person of African descent going about their everyday business. Begun as Mance's personal response to the groundswell of Black Lives Matter protests in 2020, Living While Black denounces the excessive surveillance, harassment, and violence aimed at Black folks engaged in the activities of everyday life—and celebrates the courage and resilience of the Black community. Fittingly, the book also features a foreword from Alicia Garza, BLM founder and principal at the Black Futures Lab. Mance's thoughtful meditation on what it's like to be Black in America makes a wonderful tool for teachers, students, activists, and parents navigating conversations about racism and resistance.

POWERFUL MESSAGE: In the contrast between the colorful illustrations and the weighty subject matter, a powerful message emerges: No matter how strong the forces of oppression, Black people will persist in striving for justice, equality, and joy. The book itself is also a reminder that there are many ways to be an activist—from marching for what you believe in, to spreading a message with your art.

EXCEPTIONAL TEACHING TOOL: To provide context for the artwork, Mance has compiled a timeline of recent events that lend urgency to the fight for Black lives—she highlights the ways that the conversation has shifted since cell phones allowed bystanders to document instances of racial injustice and violence and offers an entry point for anyone who wants to learn about the roots of contemporary racial justice movements.

Perfect for:
Read more
Previous page
Next page
Due to its large file size, this book may take longer to download

Ajuan Mance is a professor of African American literature at Mills College in Oakland, California. A lifelong artist and writer, Mance uses humor and bright colors to explore race, gender, power, and people, and the places in which they intersect. She lives in the Bay Area. --This text refers to the hardcover edition.

Ajuan Mance is a lifelong artist and writer based in Oakland, California. Ajuan's books include Inventing Black Women: African American Women's Poetry and Self-Representation (U Tenn Press); Before Harlem: An Anthology of African American Literature from the Long Nineteenth Century (U Teen Press); as well as the upcoming 1001 Black Men: Portraits of Masculinity at the Intersections (Stacked Deck Press); and Living While Black: Portraits of Everyday Resistance. Ajuan’s illustrations and comics have also appeared in several anthologies, including,Drawing Power, from Abrams Press, winner of the 2020 Eisner Award for Best Anthology; She Votes, from Chronicle Books; COVID Chronicles: A Comics Anthology, from Penn State University Press, and others. Ajuan holds an MA and PhD in English from the University of Michigan-Ann Arbor and a B.A. in English from Brown University. You can learn more about Ajuan's art and comics at AjuanMance.com

Amazon Customer
4.0 out of 5 stars Small size
Reviewed in the United States 🇺🇸 on January 17, 2023
Verified Purchase
I bought this for my nephew to be a table book. It’s really cute but it is small in size compact and great to add to shelf for collection, not so much as table book unless in a smaller apartment.
Read more
Helpful
Report abuse

Read-A-Lot
5.0 out of 5 stars Fantastic
Reviewed in the United States 🇺🇸 on December 22, 2022
This book is really going to look good in hardcover. I read an advanced ecopy, and while the miniature stories of resistance and the historical list of these living while Black events are nice, the stars of this book are the lovely illustrations that will make this a book to buy and then buy some more for your family and friends. Great idea. Thanks to Chronicle Books and Netgalley for a DRC. The book will be available 1122/22
Read more
Helpful
Report abuse
See all reviews
Report an issue
Does this item contain inappropriate content?
Report
Do you believe that this item violates a copyright?
Report
Does this item contain quality or formatting issues?
Report