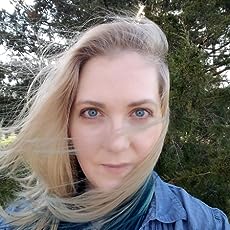 Liz Reeder is a single mother living in the Missouri Ozarks and has worked many different jobs in many different fields including 16 years as a police officer and 10 years as an emergency medical technician. She began writing to help cope with symptoms from chronic illness and injuries. Her first book was written in September 2016 and has since finished the five book 51 series. She is currently working on multiple projects including a second book series which is a prequel series to the 51 Series, an illustrated guide to go with the 51 Series and is considering other unrelated works in the near future.
Read more 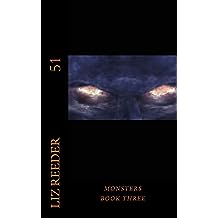 51: Monsters Aug 9, 2018
by Liz Reeder
( 1 )
$3.99
Sheriff Lindsay Gold thought she had enough to worry about in her county, and then the only monster she knew existed shows up, her mother-in-law. While her husband, Agent Wren Gold is away on assignment, Lindsay must contend with both Marget Gold and a new deadly threat. This new threat leads Wren to many more questions about what is taking place in the county and from where some of the creatures have come.

Deputy Max Cartwright makes an accidental and unnerving discovery about the Sheriff's first husband, James, which could turn everyone’s world upside down. Things may be very different from what they have appeared, and now the search for the truth begins.
Read more 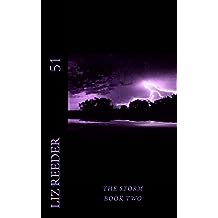 51: The Storm Jul 7, 2018
by Liz Reeder
( 3 )
$3.99
When Sheriff Lindsay Gold had taken the job only a few months earlier, she had no idea how bad things would get for her and her department. Not only does she have to contend with the chaos created by an incident on the nearby military base, but she is also dealing with many of her deputies quitting because of it. Now, with a major storm system moving in to make things worse she has to find help where she can get it, even if that includes a deputy fresh out of the academy and her head dispatcher’s brothers.

After some serious incidents occur, putting several lives in danger, Agent Wren Gold decides to tell his wife, the sheriff, everything he knows. This information includes everything which his agency had been holding or held in the past. Some of that information, none of them are ready for and causes tension both personally and professionally for everyone involved.
Read more 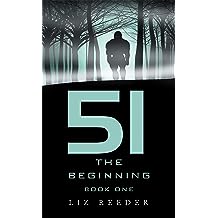 Lindsay Gold has recently been fired from her deputys position at a small county sheriffs department in the Missouri Ozarks. Just as her family has begun to recover, however, two members of the county commission show up at her door. It seems the previous sheriff has quit, and they want her for the job.

When Lindsay assumes control of the department, she soon finds herself dealing with an incident that occurs on the local military base. Even worse, shes receiving calls regarding strange creatures and paranormal activities. Fortunately, she has the help of a federal agent who is in charge of the program that caused the problems. Unfortunately, that agent, Wren Gold, happens to be her husband, who never told her what his job really involved. Now the couple must work together in order to manage the strange events of the county. Lindsay had expected a normal sheriffs job, but she could not have been more wrong.

In this science fiction novel, a woman accepts a job as a country sheriff and then encounters bizarre events courtesy of a military base and her federal agent husband. 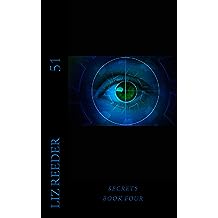 51: Secrets Aug 26, 2018
by Liz Reeder
( 2 )
$3.99
Everyone has secrets. Sheriff Lindsay Gold and Agent Wren Gold are no exception and have kept many secrets from each other. Lindsay has kept them to protect the people she loves and who are like family to her. Wren has kept them the protect his wife and because his job requires it. Now they are both finding out some of those secrets which could break the trust they have.

Lindsay’s son Dillon and his friend make an unexpected discovery while they are hiking on the property newly purchased by his friend’s family. What they find shows many others have been keeping secrets including Lindsay’s late husband, James. Some of the secrets could have deadly consequences. Discovering them may also lead to answers for many of the questions everyone has and to the true identity of those responsible for the disaster on the base.
Read more 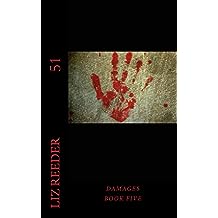 51: Damages Sep 18, 2018
by Liz Reeder
( 2 )
$3.99
As Sheriff Lindsay Gold and Agent Wren Gold begin to find the answers to the rest of their questions, they are also left to take stock of all the damage done to the county and themselves. The discovery of the compound leads them to the person responsible for much of the chaos and damage within the county. To get the information they need; it leads Lindsay and Wren to do things they never thought they were capable of doing.

When things come to a head, an unlikely hero comes to the aid of others as things take a deadly turn, and not everyone will make it out alive. In the end, the biggest question is who will be left standing. For those who are left, their lives will never be the same.
Read more