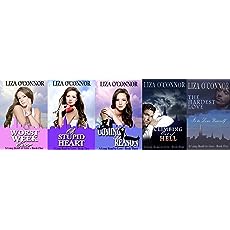 My dog, Jess and I hike in fabulous woods every day, rain or shine, sleet or snow. Having an adventurous nature, I learned to fly small cessnas in NJ, hang-glide in New Zealand, kayak in Pennsylvania, ski in New York, scuba dive with great white sharks in Australia, dig up dinosaur bones in Montana, sky dive in Indiana, and raft a class four river in Tasmania. I'm an avid gardener, amateur photographer, and dabbler in watercolors and graphic arts. Yet through my entire life, my first love has and always will be writing novels. I love to create interesting characters, set them loose, and scribe what happens. 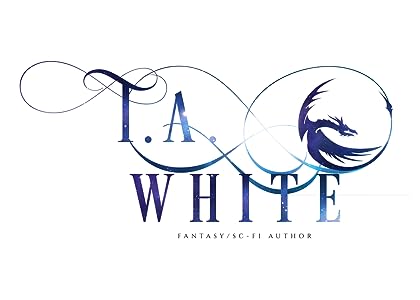 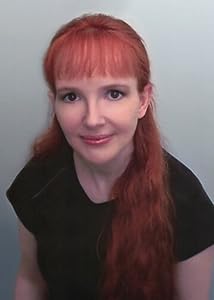 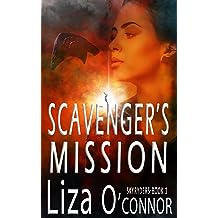 Scavenger's Mission (The SkyRyders Book 1) Oct 5, 2016
by Liza O'Connor
( 21 )
$3.99
Meet Alisha: A young woman who refuses to live the life her parents want.
In a single month, Alisha Kane has gone from a wealthy debutante to street girl to scavenger. While testing her new flying skills in the Cully Canyon, Alisha incurs a near-death crash landing. She’s “rescued” by a colonel of the SkyRyders and her life changes forever.
Meet Logan: A SkyRyder colonel in charge of a sleepy fort with little to do other than arresting the occasional scavenger.
For the first time in his life, Logan’s attracted to a young woman, only she’s probably a scavenger and he’ll have to arrest her. But first, he offers her a shower and food while he checks on his crew. His videographer has captured her extraordinary flight through the Cully and her flying is astounding!
He forgoes arresting her and puts his career at risk by asking MAC to assess her skills and integrity as a potential SkyRyder. If he can get Alisha into the SkyRyders, it will be his greatest contribution to the Corps.
Meet MAC: The Artificial Intelligence that runs the SkyRyders Corps.
Upon seeing her arrival, MAC upgrades Alisha’s test. Her flying skills are not just excellent; they exceed what was previously thought possible. MAC classifies her as its top asset and soon she proves her value.
But…the SkyRyders remain a male-dominated Corps where Alisha’s sense of right and wrong often clashes with her superiors. How long can a rebellious young woman survive in a regimented Corps? 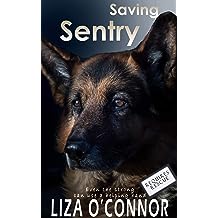 Saving Sentry (Requires Rescue Book 4) Dec 7, 2018
by Liza O'Connor
( 4 )
$3.99
The largest, strongest dog in the pack was miserable. He was born to be a leader, yet he wasn’t. He was born to be special, yet he wasn’t. He was called “Grumpy” by the humans. And while he was grumpy and sad, he had every right to be. This was not the life he was meant to have!
When Sean, Molly, and Eliza returned to their home, the mass of twenty-five giant Shiloh Shepherds frightened Eliza. She wanted her puppies! Still, she could see the great sadness in the massive dog’s eyes as he crawled submissively into her room. Her father explained that Grumpy expected to be pack leader, but none of the dogs will accept him.
She objected to his name at once, and once Sean discovered how smart and gentle the dog was with Molly, he suggested they rename him Sentry. When Eliza learned a sentry watches and protects, she agreed with the name change. Sean explained to Sentry that he was to protect Eliza at all times. The change in Sentry was remarkable. He now had the most important job in the world: protecting Eliza. 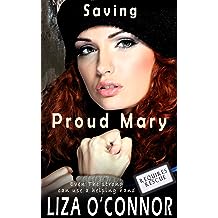 Proud Mary (Requires Rescue Book 3) Jun 5, 2017
by Liza O'Connor
( 3 )
$3.99
Mary Mason may have lost her job and reputation, but she has too much pride to allow vengeful women and their manipulative husbands to destroy her life and steal her new born babies. Unfortunately, pride alone isn’t going to save her. When Captain Chad Danton answers a call about a prostitute soliciting at the local library, he discovers a determined woman in desperate need of medical care. Upon hearing Mary’s story, he resolves to help her, not realizing her enemies will join those who wish to destroy his career.
Read more 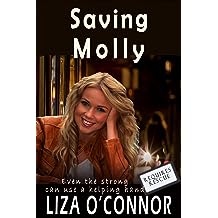 Saving Molly (Requires Rescue Book 2) Jul 1, 2016
by Liza O'Connor
( 12 )
$3.99
Molly Brown always faces life with a smile, even when a frightening thug is intent upon killing her. At first, Detective Sean Cushing finds Molly’s cheery disposition unnatural, especially when he discovers the seriousness of her injuries. When she asks for police protection, he instead offers her a job and home being a nanny to his five-year-old daughter, hoping her cheery disposition can pull his child from her dark hole of misery. Never did he expect he’d be proposing marriage within a day, but life has a way of going in odd directions when Molly Brown is involved.
Read more 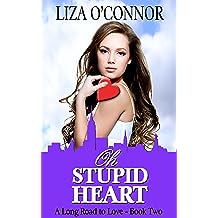 Oh Stupid Heart (A Long Road to Love Book 2) Sep 13, 2013
by Liza O'Connor
( 15 )
$3.99
Carrie Hanson is in love with a different species: Trent, a pampered, uber-rich socialite who’s also her boss. Everyone keeps telling her it’s a train wreck looking to happen, but her heart wants what it wants. So despite the billion and one reasons not to, Carrie commits to this inter-species relationship. But while she's off being trained for her new job responsibilities, a beautiful ex-fiancée is working hard to get Trent back and Carrie fired.
Read more 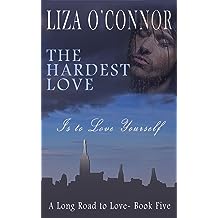 The Hardest Love (A Long Road to Love Book 5) May 3, 2015
by Liza O'Connor
( 9 )
$3.99
Sam has a new theory as to why his relationships with women never work. The problem is he’s constantly falling in love with women that he rescues from serious situations. He reasonably believes saving one from great harm should result not only in good sex afterwards, but never ending gratitude.
But it hasn’t been working out that way.
Thus, Sam concludes damsels in distress are incredibly ungrateful. So he decides the next woman he gets involved with will not require rescue. She will be strong and self-reliant.
Only one problem: he’s never met a woman like that.
They do exist Sam. They really do. And just maybe, when you finally meet her, she’ll rescue you instead. 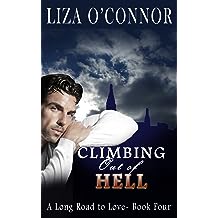 Climbing Out of Hell (A Long Road to Love Book 4) Apr 29, 2014
by Liza O'Connor
( 12 )
$3.99
Book 4 of A Long Road to Love:
Billionaire Trent Lancaster has destroyed his relationship with the only woman who ever loved him. Now we discover the full truth of what happened.

He actually had reasons for his behaviors.
Still, there is no going back. Trent has lost Carrie forever, but he would rather die than marry Coco, so he does just that. Trent gives away most of his possessions, fakes his death, and starts over with a new face and a better attitude in a small town in Iowa where his half-brother Sam is sheriff.

Losing his true love has fundamentally broken Trent to his core. His only chance for happiness is to become the better man Carrie had always seen inside him.

True change is not easy. Can Trent grow up and become a man we can love? 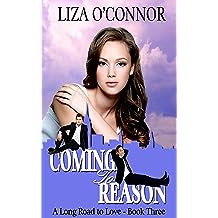 Coming To Reason (A Long Road to Love Book 3) Feb 1, 2014
by Liza O'Connor
( 12 )
$3.99
Book 3 of A Long Road to Love series
Carrie has committed to an inter-species engagement with Trent, her billionaire boss. Presently, he is eighty percent dreamboat and twenty percent nightmare. When he fires her so they can become a ‘normal couple’, everything heads south.

Providing her a stark contrast, her new boss, Dan Marshal, is everything a woman could want. But for Carrie, her heart is taken, and thus, the path to reason remains long and arduous.

When her relationship with Trent explodes in a shocking fashion, finally her heart gives up and reason takes over. She realizes a brighter future and a better man has been at her side all this time. But can she overcome the obstacles in her path to secure him? Or is Carrie doomed to never know true love?

Warning: If you loved Carrie and Trent as a couple, this book may break your heart. 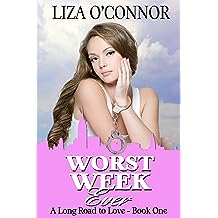 Trent Lancaster spends one month without his Executive Assistant, or as his driver refers to Carrie: 'Trent's brain, left hand, and right hand'. He's had a miserable month without her at his side and to ensure it never happens again, he intends to marry his brilliant beauty. Only given all the times he's threatened to fire her, he's not sure she even likes him. However, the future of his company and his happiness depend upon him succeeding, so Trent begins a slow one week seduction that happens to coincide with Carrie's Worst Week Ever when everything that can go wrong does so in hilarious form.
(Hilarious to the reader--Carrie is not having much fun this week.)
Read more 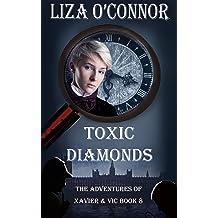 Toxic Diamonds (The Adventures of Xavier & Vic Book 8) Jul 6, 2017
by Liza O'Connor
( 4 )
$3.99
Determining whom to trust is getting very hard, indeed. This may be the most trying cases imaginable. Director Stone has gone missing and it appears Ministers of Parliament are involved. Xavier is arrested and placed in a jail meant to kill him, while Vic, disguised as a woman, attempts to locate the Minister of External Affairs and ask for his help.

Everyone is called in to assist: Jacko, his wife Alice, their son Pete, Samson the Crime Lord, David and Claire, Tubs and his wife Sara, the boys: Cannon and Ham, plus the bloodhound Arroo.

The Wasp, who escaped punishment for her attempts to murder her bigamist husband’s first wife last year, is back. Vic discovers love letters between Ben, their terrible male secretary, and the Wasp. Worse yet, he shared Xavier’s financial advice with the Wasp, making her and her husband very wealthy.

With Stone missing, and Barns and Meyers stretched to their limits, Vic decides it’s time to train more of the Scotland Yard officers in intuitive and deductive reasoning. While only half the class makes it through her two-day course, everyone is pleased with her results.

Finally, be warned: Vic’s sister, Claire, is becoming more difficult than ever. Gregory thinks she is going mad. 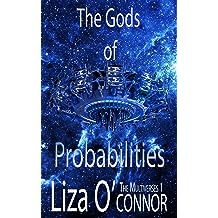 The Gods of Probabilities (The Multiverses Book 1) Jul 1, 2015
by Liza O'Connor
( 12 )
$3.99
The God Zousan is determined to create a better multiverse than his father's. To ensure he fails, his despicable father, Cronus, has filled Zousan's crew with deadbeats and saboteurs.

Zousan's current task is to save the Oceanics, a blue water humanoid species that lives in a different dimension on Earth. The world of Oceania is threatened due to humans poisoning their oceans. Unexpectedly, the most recent hatchlings of Oceanics are exceptionally brilliant. Good thing, since they must figure out how to escape Earth and find a new planet or they will all die.

One young fellow named Drogan can cross dimensions and manipulate time events for better outcomes, but can he use his odd talents to save them all? While the bureaucratic Gods will try to assist, in Quantum all possibilities not only can, but do happen, so the future is never certain. 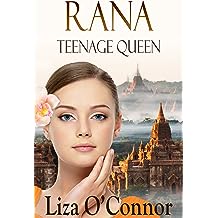 Rana: Teenage Queen Mar 6, 2017
by Liza O'Connor
( 12 )
$3.99
Rana is only sixteen when she becomes queen. Her first challenge is to quell an internal coup while a massive army storms the gates of her castle. Her enemies believe her to be a child, but she has powers they’ve never suspected. She also has great dreams for her people, and she will do whatever is necessary to make them happen, even marrying a prince she does not want.
Read more