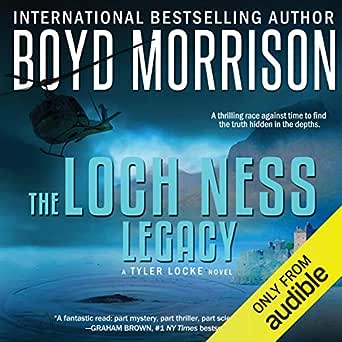 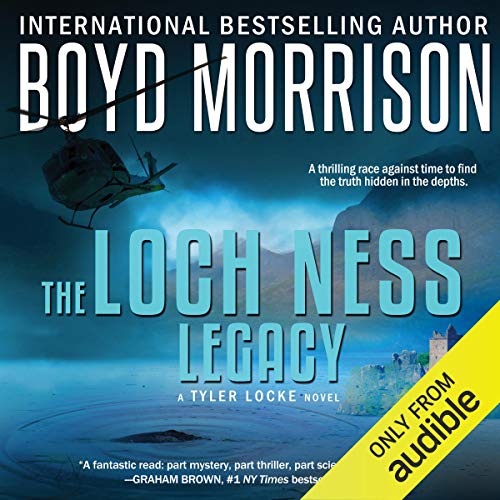 4.3 out of 5 stars
4.3 out of 5
376 global ratings
How are ratings calculated?
To calculate the overall star rating and percentage breakdown by star, we don’t use a simple average. Instead, our system considers things like how recent a review is and if the reviewer bought the item on Amazon. It also analyzes reviews to verify trustworthiness.
Top reviews

WS
5.0 out of 5 stars Morrison's Best Yet
Reviewed in the United States on October 28, 2013
Verified Purchase
Full disclosure: Mr Morrison doesn't know me from Adam, and I can only fantasize about getting advance copies of his books for review. Nope. I gotta wait like the rest of his fans and put hard cash on the table, so my written opinions of his work are an entirely spontaneous and unbiased exercise of my 1st Amendment rights.

I think Mr. Morrison really hit his stride with this one. His writing has matured over the course of the series. In particular, he's getting a handle on the dialogue, so the banter is more natural, and thus more fun.

Plotwise, there are some real stretches, but seriously-- it's a book about Nessie and the fountain of youth. One doesn't exactly go into something like that expecting a documentary! Dickens had plot holes, and everything Emily Dickinson ever wrote can be sung rather annoyingly to the tune of The Yellow Rose of Texas. So even the classics aren't perfect. Morrison writes tight, clean prose and he's a fun read who makes readers reluctant to walk away at the end of the story. He also gets kudos for going with one of the lesser known theories on one of the subjects he tackles. You'll have to read it to find out which subject and which theory.

I'm not a fan of spending long stretches in the antagonist's POV, but unfortunately that is the current fad in writing the genre, so we're all probably stuck with it for a while. This book is no exception. I tend to skip past a lot of it for two reasons. In most cases I prefer the company of the protagonist, and also, knowing every move the antagonist makes is like knowing about a surprise party in advance. I can pretend to be surprised when I walk into it with the protagonist, but really -- isn't it more fun to actually be surprised?

Hope he keeps this series going. I feel like it's just coming into its own, and is now ready to rock and roll.

My apologies to anyone who read this last night before I edited it. Typing on a capacitive screen in the middle of the night is pretty much the best way to appear illiterate.

claudette valliere
5.0 out of 5 stars Pretty darn good
Reviewed in the United States on September 24, 2013
Verified Purchase
This is the first Tyler Locke book I've read and now I will just have to have the others. Good, well written book.

Starts off 200 years ago with Charles Darwin and his friend Edenstone in Loch Ness. These two get a look at the Loch Ness Monster and in fact get a sample of its flesh when they fight it off. The Sample will survive to present day and play one big part in the whole story.

In France at the Eiffel Tower Middle Eastern leaders are at a meeting. The Middle East is about to explode and Lock and his buddy Westfield and Brielle Cohen, from the Isreal Defence Forces, are there to see if they can prevent and assasination attempt by a white supremist group led by Carl Zim.

Lock had testified against his brother, Victor, at a murder trial. Zim is now in prison and Locke is in Zim's sights.

There is also an artifact, a WWII Natzi artifact, involved. This artifact is in the hands of that Zim's white supremist group . Cohens partner, Wade Plymouth is missing after he trailed the artifact to Onslow, Norway.

When the artifact is used at the meeting most there are infected and start to die of old age. The Muslim countries who's leaders are affected are blaming Isreal. War will errupt if a cure isn't found. Even though Carl Zim was killed his plans are working to perfection.

His brother Victor escapes from Prison and takes over as leader of the group. He has thoughts of revenge against Locke and his Sister eating him alive.

So begins one great read.

Lock, Cohen and Westfield along with Lockes sister Alexa begin a race to get the cure for those affected by the "artifact." Lockes good friend Westfield is among the infected.

Just a rollercoaster of a ride from France, to America to England and then to Scotland.

Allen S
4.0 out of 5 stars Quick read, fun story. Action adventure.
Reviewed in the United States on August 22, 2016
Verified Purchase
Good read. Okay, you have to suspend your disbelief a few times, but that's what fiction is about.
The plot moves quickly, and only has a few holes in the plot that raise your eyebrows.

How come every fictional hero is handsome, rich, brilliant, and jets around the world doing good?
Then he meets the beautiful scientist, who also is brilliant, rich and in distress.

I've read other stories from this series, and they're entertaining, one or two night tales.
If it was a movie, it would need a little cleaning up of the plot.
Read more
One person found this helpful
Helpful
Comment Report abuse

J. Richard Wagner
1.0 out of 5 stars Arcane Nonsense
Reviewed in the United States on March 26, 2020
Verified Purchase
This book takes the reader on a convoluted treasure and adventure hunt, with stylized characters following absurdly arcane clues. If you actually enjoyed American Treasure, The Da Vinci Code, etc., you might like this. Otherwise, avoid, or abandon all sense of reality.
Read more
Helpful
Comment Report abuse

Kindle Customer
5.0 out of 5 stars In Search of Nessie
Reviewed in the United States on August 13, 2019
Verified Purchase
Great action adventure thriller full of terrorists, old Nazi weapons, middle east on the brink of war, and the hunt for the Loch Ness Monster make for an awesome read on the order of Clive Cussler's books. Highly recommended!
Read more
Helpful
Comment Report abuse

JameyLynn
5.0 out of 5 stars What does Nessie look like?
Reviewed in the United States on January 17, 2014
Verified Purchase
The story starts out strong with an incident in Paris and continues the fast pace as the search for an antidote to an unknown poison is underway. A small band of racists who hold a grudge against two different countries try to implicate those countries in attacks that they themselves have caused. The search for an antidote takes our heroes to Scotland to try to find the Lock Ness Monster.
I liked this story even though very little time was spent with Nessie. The characters are smart and engaging. The story kept me focused.

This is in the genre of a spy novel with a little science fiction thrown in. If you like this kind of story, this is a great read.
Read more
Helpful
Comment Report abuse
See all reviews

Lee
5.0 out of 5 stars Pitch Perfect Parody
Reviewed in the United Kingdom on March 2, 2015
Verified Purchase
Wow, Boyd Morrison has a sense of humour! This changes Da Vinci and Jesus for the Loch Ness Monster and the Nazis. In doing so, it delivers a note perfect parody of the whole Dan Brown phenomenon that a satirist like Peter Cook or maybe even John Sessions would feel nothing but pride about.

The preposterous story is fascinating, fun reading because of the outstanding written style - the author is clearly far more talented than the premise of the story would suggest, and it is to his credit that he treated writing the novel with respect rather than contempt.

Cres Mor
5.0 out of 5 stars A Rollicking Good Read!
Reviewed in the United Kingdom on August 17, 2014
Verified Purchase
Tyler Locke and Grant Westfield return in Boyd Morrison's fourth thriller in the series, and the story cracks along at a breathless pace! If you don't know about Boyd Morrison but enjoy Clive Cussler novels then believe me, you will like his work.
Tyler Locke is a great hero who seems to attract trouble. The baddies are larger than life and test Tyler's resources to the full, and the plots would not be out of place in a James Bond adventure.
I love these books!
This book starts in Paris, continues in the US and concludes in the Scottish Highlands, visiting London and Versailles along the way. The plot is 'a bit far fetched' as my Dad would say, but who cares?! It's a rollicking good read!
Read more
2 people found this helpful
Report abuse

Rock Dinosaur
3.0 out of 5 stars Holiday Read Only
Reviewed in the United Kingdom on May 22, 2016
Verified Purchase
I bought this as a holiday read to bin once I had finished it. In that regard it served it's purpose as it was 400 pages that allowed me to switch off my brain. Whilst there appears to have been a fair amount of research in the book detail, the story becomes more and more ridiculous as the book enters the last 100 pages or so. Nonsensical plot, two dimensional characters and a typical happy ending are making me reconsider reading his other book that I bought.
Read more
Report abuse

Trudi Gordon
5.0 out of 5 stars Thoroughly enjoyable
Reviewed in the United Kingdom on September 26, 2013
Verified Purchase
I have read all Boyd Morrison's books to date and so far have not been disappointed at all. It is a fast paced adventure story. As I live near Edinburgh I was curious to see how he would describe it. He was spot on even to the point of the difficulty of parking in modern Edinburgh! I enjoyed reading this book and would recommend it to anyone who likes thrillers and wants an interesting, intelligent read.
Read more
8 people found this helpful
Report abuse

Henrik Warne
3.0 out of 5 stars Failed to hook me
Reviewed in the United Kingdom on January 2, 2020
Verified Purchase
I didn't like this as much as I liked The Noah's Ark Quest (or even The Catalyst) by the same author. It has all the right ingredients for a fantastical action thriller - fights, chases, puzzles, gadgets, historical references - but despite this, it failed to hook me.
Read more
Report abuse
See all reviews