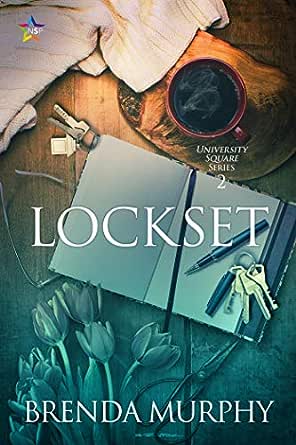 You've subscribed to University Square! We will preorder your items within 24 hours of when they become available. When new books are released, we'll charge your default payment method for the lowest price available during the pre-order period.
Update your device or payment method, cancel individual pre-orders or your subscription at
Your Memberships & Subscriptions
There was an error. We were unable to process your subscription due to an error. Please refresh and try again. 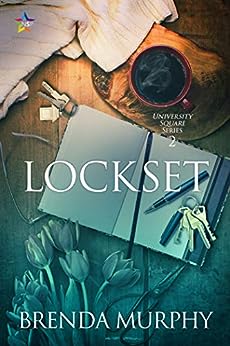 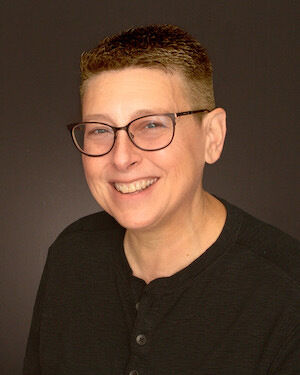 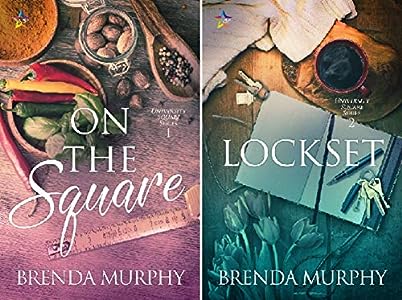 iamgrewt
5.0 out of 5 stars Sexy with intrigue
Reviewed in the United States on October 15, 2020
Verified Purchase
Brenda Murphy’s Lockset is the second book in her University Square series, and it is everything you would expect from this talented author. While the setting links the story to the initial book, with a few minor appearances or mention of earlier characters, Lockset stands on its own in terms of narrative and continued development of the University Square world. Notable aspects are the ease with which women are depicted in varying roles in community, in terms of frequency and position of authority. In a lot of traditional fiction, [and even in lesfic] you might see an outlier or two of women showing up as minor characters as figures of authority [a queen, a judge, a doctor], and a few tucked in the background in support [a spouse, a sibling, ‘one’ of the many cops], but overall it’s a predominantly male representation of most characters. In Lockset, this was presented differently, and that it was so identifiable is a pretty clear statement on society—it was nice to see, but wouldn’t it be nicer if it was so normal we no longer noticed? Additionally, (and standard, for Murphy) inclusion of diverse people of color and LGBTQ+ in all walks of community grounds the story in relevance. I found the religious fundamentalist portrayal to be realistic, and timely. The underlying mystery folded in, while teeny tiny, added a bit of twist to an interesting story. As always, the characters have good development, with room for expansion down the road—the debilitating practice of NotTalkingEnough seems to be a recurring and foundational theme. Throughout the story, the romance maintained some tension, and the sex scenes were hot and erotic, edged up with some light BDSM. Definitely recommend for a sexy distraction with a touch of whodunit.
Read more
Helpful
Comment Report abuse

Margaret
5.0 out of 5 stars Great.
Reviewed in the United States on October 13, 2020
Verified Purchase
I really enjoyed Lockset. I loved Eun and Morgan. Quite a lot of action in this book. In the bedroom, in the shower .....
Read more
One person found this helpful
Helpful
Comment Report abuse

Ameliah Faith
5.0 out of 5 stars Delicious
Reviewed in the United States on October 13, 2020
Eun is an attorney who spent her life trying to make her father proud (after her mother abandon them) doing almost everything that was expected of her. Coming out didn’t sit well with her father and the last straw was when he invited the pastor and his wife over to pray the gay away over her. She has buried herself in her career, never making time for a partner of her own. Now her father is dead and she has to return to her hometown to deal with the aftermath. Morgan is a locksmith and a part time volunteer at the animal shelter. She is jaded on love, not believing there is anyone out there for her. When she and Eun cross paths, she becomes enamored of the other woman and it’s not long before they are spending a heated afternoon in Eun’s bedroom…. Morgan finds herself helping Eun deal with the family drama and the mystery that surrounds her father’s death but when all is said and done, will Morgan have her heart broken or do they stand a chance?
This book is HOT, HOT, HOT! There are many lovely, sexy scenes scattered throughout this sweet drama. As it is a book written by Ms Murphy, you KNOW it is well written, interesting, engaging and delightful! It is also not safe for work, unless you enjoy reading lusty, blush inducing things in public is your thing, then by all means, this book is just right for you!!! I really enjoyed this story and would have loved it even without all the sex. I loved how Morgan and Eun related to each other and how dedicated Morgan was to the other woman. The drama and brief mystery held my attention and made me wonder what was going to happen next. I did feel that maybe things weren’t as resolved with the uncle as I would have liked but it was still a great story and one I will enjoy for some time to come.

Ro
5.0 out of 5 stars Can a negative turn positive?
Reviewed in the United States on October 12, 2020
Returning to her hometown after her father‘s death Eun, a lawyer from Chicago, meets Morgan, a local locksmith. They are opposites in many ways, Eun is high strong, and has no time for relationships, and only likes anonymous one night stands, we’re Morgan is warm, calm, and is looking for a long-term relationship as her previous ones have all failed. They are both from different cultures and backgrounds, however when they meet there is intense eye contact that fascinates both women.
As they connect more the relationship turns into an intense sexual one, but both know it’s a dead end for any hope of a relationship. Yet they are incredibly drawn to one another and usually Eun says something that hurts Morgan. Eun has sort of a poor\push relationship with Morgan because she wants her comfort and her understanding however she has no experience with the relationship and just doesn’t know what to say or do. Morgan senses that Eun’s insensitive comments are because she’s afraid and Morgan attempts to convince her to just communicate with her and not walk away. There are ups and downs between these two women who continue to have intense eye contact and wild hot sex, until the sex turns into lovemaking. Can these two women, who are different from one another in so many ways, find a way to forge forward into a relationship that can last?
This is a very interesting book and one that I highly recommend, there’s so much going into it but more importantly what goes into it is incredibly well written with characters who are very complex and well developed.
Read more
2 people found this helpful
Helpful
Comment Report abuse
See all reviews

Kindle Customer
5.0 out of 5 stars Ĺockset (University Square Book2)
Reviewed in the United Kingdom on November 3, 2020
Verified Purchase
A story about a lawyer and a locksmith This was an interesting read there is death ,threats,homophobic,fire and more,
A good read and story.
Brenda Murphy did a good job of writing this story will look out for more by her.
Recommend Yes 5*****
Read more
Report abuse

Mandy
5.0 out of 5 stars Marvelous
Reviewed in the United Kingdom on November 8, 2020
Verified Purchase
Absolutely loved this book. I'm really enjoying this series. The storyline and characters were fantastic and engaging keeping me engrossed from the very first page.
Read more
Report abuse
See all reviews