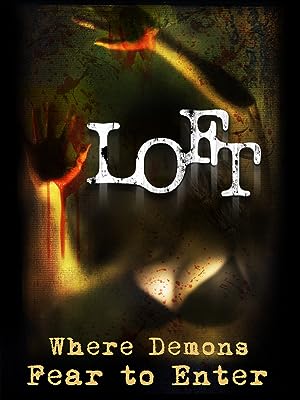 (22)5.51 h 54 min2005R
Reiko's writer's block leads her to a villa away from the world. However, the vacation takes a deathly turn when Reiko uncovers a neighbor hiding dead bodies into the basement.

E. BeckstromReviewed in the United States on July 23, 2016
2.0 out of 5 stars
Defies easy categorization
Verified purchase
Not Kiyoshi Kurosawa's best movie. Others have noted the incomprehensible plot. My sense is that this characteristic is largely due to the fact that this is more of a philosophical film than anything else, a characteristic very much in keeping withi Kurosawa's other work. It is ostensibly a "horror movie," particularly the first half or so. As others have noted, it takes a "romance" twist further along, complete with swelling orchestral music (though never completely shedding ghost story conventions). With regard to that complaint, I would simply point out that's the main female protagonist is a writer of romance novels. If I had to impose some sort of interpretation on the events and images that unfold in the movie, I would say it is some sort of meditation on the nature of guilt and retribution, very much involving Japanese conceptions of fate, which in some respects are very different from western understandings of the same concept.

Fans of Kiyoshi Kurosawa will want to at least watch this movie; while imperfect, it certainly is worth a look within the context of the rest of his body of work.

Son of SamhainReviewed in the United States on March 12, 2020
3.0 out of 5 stars
allez cuisine !...and a mummy....and a hott chick.... but mostly a mummy
Verified purchase
This is so bad its charming , geeeez this movies dumb ! :0 its got a hott chick in it though ,,, two actually...when the other ones not mummying up the place. This movie is like a sophmoric ghost story that sort of meanders about mumbling to itself , its just so outlandish and it takes itself so seriously considering the story plays out with weird , incoherent dialogue thats deliverd in this stiff , stilted fashion as if these folks are missing their marks by half beats. hehehe , really , and the end scene where he grabs the heroine like Rhett Butler from Gone With The Wind while they murmer clumsy romance dialogue to each other and the other girl ( poor thing , shes seriously cute) gets winched out of the swamp as a soggy corpse LOL and he stumbles backwards and promptly disappears into the drink never to be seen again. And our lovely (very lovely ) heroine just stands there while the drowned cutie handing from a cable and the winch that the guy got tangled in unspooling with a sound reminiscent of a deflating mylar balloon....oh BROTHER !! yeah....ill watch this again sometime :) :D !
three stars one for each cutie and the third can be divied up by the rest of the actors and such.

This is a movie for MST3K !

Killer QueenReviewed in the United States on August 21, 2018
1.0 out of 5 stars
Boring
Verified purchase
Very slow & boring. Nothing pulled me in. Acting was ok.
One person found this helpful

J. HarrisReviewed in the United States on October 24, 2016
2.0 out of 5 stars
Where's the Loft?
Verified purchase
Should be called SWAMP; there was no loft in it. Very slow moving with no real scares, and a muddled plot.
One person found this helpful

AnnReviewed in the United States on November 22, 2016
4.0 out of 5 stars
I don't love this one
Verified purchase
I don't love this one, story is a bit muddled. is it horror, romance, or old fashioned japanese ghost story? this is the second time i've watched and i'm still not sure of the complete story.
One person found this helpful

$teve AReviewed in the United States on June 13, 2017
4.0 out of 5 stars
Well rounded plot
Verified purchase
Bit of a murder mystery with somewhat of a psychological horror twist bordering on the paranormal amidst some romantic polarity for an overall worthwhile feature.
2 people found this helpful
See all reviews
Back to top
Get to Know Us
Make Money with Us
Amazon Payment Products
Let Us Help You
EnglishChoose a language for shopping. United StatesChoose a country/region for shopping.
© 1996-2021, Amazon.com, Inc. or its affiliates