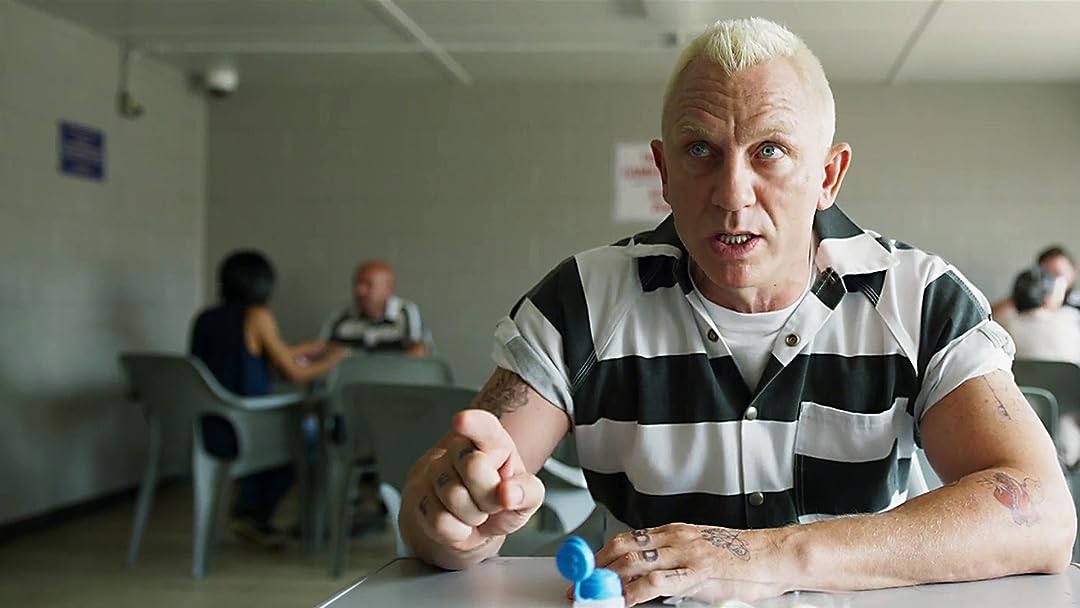 Watch with SHOWTIME
Start your subscription
Add to
Watchlist
By ordering or viewing, you agree to our Terms. Sold by Amazon.com Services LLC.
Write review

MiReviewed in the United States on November 2, 2022
5.0 out of 5 stars
You'll laugh, you'll cry, you'll hurl
Verified purchase
I loved this movie more than I could have ever expected. Even better watching it now as the stars have been in far bigger roles. Great to see them have fun and deliver quality entertainment without having to play in a franchise made to sell toys/cars this time, although I admittedly love the Star Wars and Bond movies.

First time callerReviewed in the United States on November 21, 2022
5.0 out of 5 stars
witty dialogue
Verified purchase
Fun, clever, and for those of us raised in the country with the stereotype of being slow or backwards, rather satisfying!

KEITHReviewed in the United States on September 30, 2022
3.0 out of 5 stars
The Raceway Gold Mine
Verified purchase
"Logan Lucky" is a photograph of people being really cool and personable under wierd stresses. The actors in "Lucky" are powerful, handsome, and capable. Channing Tatum, Riley Keough, Adam Driver, and Daniel Craig are clothed literally and socially in humble attire; a loose patchwork of a discernable proper frame-line. Add Sadie(Farrah Mackenzie), Jimmy Logan's daughter, a gorgeous and lovable symbol of the American legacy, and ethereal beauty billows out and around all the fun plots-it's a culture of Mid-Atlantic congeniality for sure.
The nurturing elements draw pragmatism towards the gift of charity, from a practiced mellow tolerance. The story fixates us-a heist which is not only plausible, but entails these severely patient, worn-out obedient, interlopers in fate. A robbery beneath the Charlotte Motor Speedway is the enticement for Jimmy Logan to concoct a scheme. There are sink holes underneath the inner field of the Raceway, and Jimmy Logan(Channing Tatum), has had experience with mine work. The film goes fast, and as various plans go into effect, the movie exposes us to the types of people who could or would engage in a danger riddled mission for money.
"Logan Lucky" is hugely successful at presenting anti-heroish, quirky, lovable people, that we get totally obsessed by as they are able to adorn the plot with inflations of excitement or intrigue. Adam Driver as Clyde Logan, and Daniel Craig as Joe Bang, are people that, one could have two different thoughts about at the same time: that they could be, or could not be, involved in such a crime.

Suzanne Reviewed in the United States on October 11, 2022
5.0 out of 5 stars
Adam driver great
Verified purchase
This movie was awesome only because of Adam driver. I am not particularly fond of the other actor and his choices of movies. Anything that Adam is in I watch.

Christina ReynoldsReviewed in the United States on November 23, 2020
5.0 out of 5 stars
Evades monotony while staying true to its genre
Verified purchase
My review is more of a 4.5.

Logan Lucky is a 2017 American heist comedy film directed by Steven Soderbergh, based on a screenplay by unknown newcomer Rebecca Blunt. Soderbergh came out of retirement to direct the film, and to distribute it independently through his own company Fingerprint Releasing. The film features an ensemble cast consisting of Channing Tatum, Adam Driver, Riley Keough, Daniel Craig, Seth MacFarlane, Katie Holmes, Hilary Swank, Katherine Waterston and Sebastian Stan. The film follows the Logan family and their attempt to rob the Charlotte Motor Speedway whilst avoiding security officers and the FBI.

After watching only the trailer alone, I felt a little ambivalent at first about the cast; I wasn't sure what kind of chemistry I could expect with Daniel Craig, Adam Driver, and Channing Tatum spearheading this project. Their individual performances embrace the qualities and shortcomings of their separate characters, and combine in a way that is generally comedic without trying too hard to garnish laughter or entertainment. The accents put on by both Driver and Tatum are especially impressive, with Craig mastering a ‘good guy/bad guy’ role par usual.

The scenery and overarching plot alone add a certain amount of charm to this film; unlike its predecessors - The Ocean Series - the characters and motivation are made relatable to your average Joe and aren't preoccupied with some amount of glitz and sophistication. In addition to this, the character relationships ultimately make sense and are grounded in some amount of intimacy that is expected given the environment. It only follows that the factors used to provide explanations for the way these characters behave - such as survival, moral obligation, and uprooting some amount of financially related corruption - are easy to empathize with and make this a naturally engaging experience.

If not for my shallow love for Brad Pitt, I would go so far as to say that ‘Logan Lucky’ works better as a heist movie than ‘Ocean’s 11’ does. The characters in this film are shown to be exceptionally resourceful in that they can make do with their surroundings and work exceptionally well under pressure. Conflict - serious conflicts that can sabotage the entire Heist being planned - is met with a meticulous amount of planning that proves these characters can think on their feet when given no other choice. Happenstance and intention are both served in carefully measured amounts and organically create a story that evades monotony while staying true to its genre.

Definitely a diamond in the rough!
I would recommend!

KakiReviewed in the United States on October 22, 2022
5.0 out of 5 stars
Movie
Verified purchase
Funny

LimuthwarriReviewed in the United States on April 14, 2018
5.0 out of 5 stars
Hillarious!
Verified purchase
Logan Lucky is a hilarious comedy directed by Soderbergh, who also directed Oceans 8, 11 and 13. Although technically a crime story, this is not a thriller and has none of the gadgety, fast paced, sophisticated, moneyed feel of the Oceans movies. Logan lucky is solidly, satisfyingly, unpretentiously down-home storytelling.

An unemployed single dad from West Virginia recruits a colorful team of local 'crooks' to pull off a heist at a NASCAR rally. The plan is as cobbled together as their lives, held together by a pin, liable to fall apart at any moment. Somehow we know that they are going to pull something off. They are meant to. The ending will surprise and delight you.

All of the actors did a terrific job, and one thing I must add is that I enjoyed Daniel Craig's very different role as a small-time, stupid-smart crook. All he had to do was be in the scene and you were laughing already. He has been typecast as the serious and humorless James Bond. now I see that he can do so much more as an actor and I am very glad that somehow he got this part, which is a real departure for him. Channing Tatum I thought was a man for love stories, but I am happy to report that he held the entire story together as the dad with a mission.

Much of what is captured in this movie you will find in books set in West Virginia and Appalachia: folksy stories about defiant characters who are rooted to Place, who look on authority with reasonable skepticism, and who somehow, in spite of being scoundrels, are so lovable that they seem to uphold their integrity against great adversity. Soderbergh has made us a classic for our times.

In terms of sex, language, and violence, I don't remember bedroom scenes although I could be wrong. There is salty language, which is understandable, based on the premise of the movie. But, there is a strange reference to Rihanna's Song 'umbrella' that took me aback by how unnecessary and crude it was, coming from the mouth of a young boy. Lastly, although there was cringeworthy bar-brawl type of violence, and some of the characters were eerie to say the least, all is easily folded into the folksiness of the place and the cleverness of the plot. If you can overlook these things, you can watch this movie with older teens, although personally I would say watch it alone first and see how you feel about sharing it with a young adult. Personally I find very few movies make the grade for watching with your older kids nowadays and I am not sure that this one is intended as such. All in all and enjoyable and satisfying movie!
One person found this helpful
See all reviews
Back to top
Get to Know Us
Make Money with Us
Amazon Payment Products
Let Us Help You
EnglishChoose a language for shopping. United StatesChoose a country/region for shopping.
© 1996-2022, Amazon.com, Inc. or its affiliates