London Eyes: Short Stories and millions of other books are available for Amazon Kindle. Learn more
Share
Have one to sell? Sell on Amazon 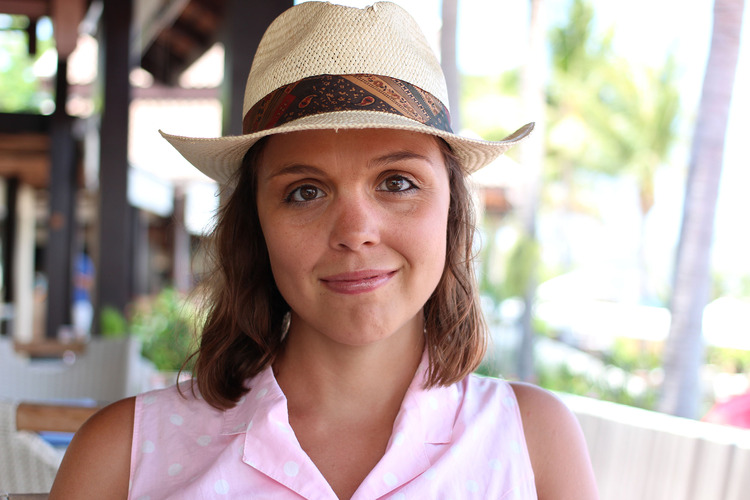 Start reading London Eyes: Short Stories on your Kindle in under a minute.

Annabel Krantz
4.0 out of 5 stars Meet the Real London
Reviewed in the United States on November 7, 2014
Format: Kindle Edition
London Eyes was a collection of short stories that exposed the real London, and it's quirky inhabitants; magic bartenders, eccentric single women, the elderly, taxi drivers, and even a cat. Each story showed a different angle to one of the many aspects of the bustling city, be it a new neighbourhood, the iconic red bus tours, or an out of the way pub.

Rather than writing about a tourist's London, I feel Thompson deliberately avoided any clichés, and stuck to slightly more obscure stories - perhaps at times too obscure - the finer details of which hinged on things unique to London, like the cyclists battling the congested traffic, or it's signature public transport. I think locals would enjoy reading about the neighbourhoods that don't usually feature in London stories.

I liked the wide variety of perspectives covered in the stories. The characters covered such a huge range - including that of a cat, which I enjoyed! The use of such different characters clearly reflected the bustle of London. Personally, I loved the sweet story of an elderly couple who regularly leave their nursing home to attend the weddings of strangers in churches that they admire - and check them off their bucket list of wedding churches to experience.

My problem with short stories is often that I'm left wanting more information about the people I'm reading about. In this case, I was usually happy with the little snapshots that I was receiving - however, there were a few stories that I felt need another tiny bit of information, just to complete them. That said. I feel that they were written to be ambiguous on purpose, perhaps to illustrate that not everything is as it seems in London, but it was still a little frustrating.

On the whole, I enjoyed Thompson's take on a collection of short stories celebrating London. Each story was so different, and at times even bizzare, that I never knew what to expect. The creativity in coming up with so many different vignettes was great, and I really appreciated the different perspectives on London. It was a collection that I think avid travellers would appreciate as much as London locals would.

Tim H.
5.0 out of 5 stars Her second book was worth the wait!
Reviewed in the United States on October 27, 2014
Format: Kindle Edition
Frances Thompson does not disappoint with her second book. Her descriptives are awesome and take you right into the story. You'll feel like you're in London without leaving your house! I highly recommend this book.
Read more
Helpful
Comment Report abuse

Dunja Trunzer
5.0 out of 5 stars Great book!
Reviewed in the United States on October 8, 2014
Format: Kindle Edition
Great stories about a great city! I love London and as a German girl, I like to read books in English language. So it was obvious for me to get the book as soon as possible! I love the stories. They make you think about the city, the world and life itself. Highly recommendable!
Read more
Helpful
Comment Report abuse
See all reviews from the United States

Amazon Customer
5.0 out of 5 stars Excellent, modern collection of short stories
Reviewed in the United Kingdom on September 11, 2014
Format: Kindle EditionVerified Purchase
Frances Thompson is an accomplished writer of today. This short story compilation is skillfully written and is modern and relevant.

Frances has very cleverly tied in several of the stories, so you get a sense of real continuity throughout the book. Her characters are well rounded and interesting and each story captures your attention to the end. Thoroughly enjoyed reading these and highly recommend this book.
Read more
Helpful
Sending feedback...
Thank you for your feedback.
Sorry, we failed to record your vote. Please try again
Report abuse

Tom Savage
5.0 out of 5 stars Wonderfully observed, engaging and well written short stories set in London
Reviewed in the United Kingdom on November 4, 2014
Format: Kindle EditionVerified Purchase
Thompson has an eye for detail and a knack for getting that onto the page. The short stories are all unique yet equally brilliant. Thompson shows a real knack for not only creating interesting, realistic and root-worthy characters, but also using compelling story structures within the confines of a short story. It's tough to pick favourites within the book, but I particularly loved Routines and The Wizard of Elephant. I highly recommend London Eyes and will be looking out for more work from this author.
Read more
Helpful
Sending feedback...
Thank you for your feedback.
Sorry, we failed to record your vote. Please try again
Report abuse