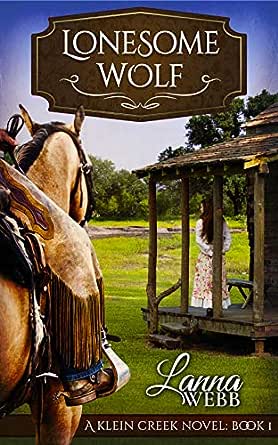 You've subscribed to Klein Creek! We will preorder your items within 24 hours of when they become available. When new books are released, we'll charge your default payment method for the lowest price available during the pre-order period.
Update your device or payment method, cancel individual pre-orders or your subscription at
Your Memberships & Subscriptions
There was an error. We were unable to process your subscription due to an error. Please refresh and try again. 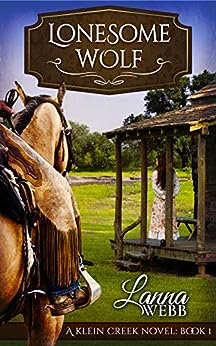 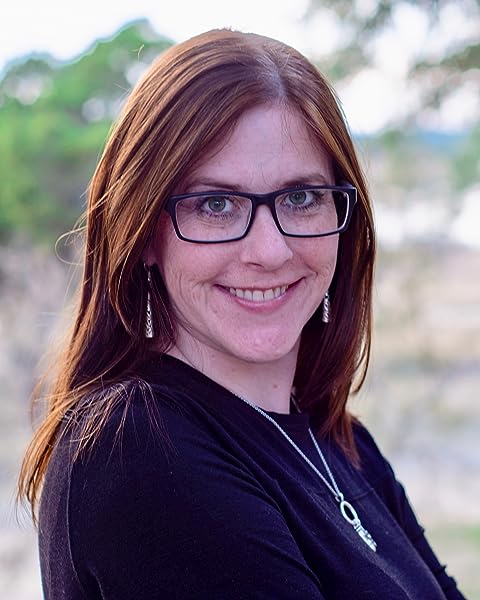 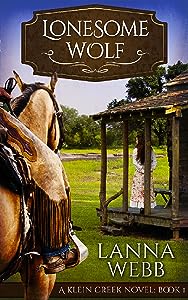 Clara is a widow with a baby, struggling to maintain a ranch in the Texas Hill Country of 1868. It’s a dangerous time, attacking Apaches add to the risks of living so far from town.

When a Cherokee named Lonesome Wolf saves Clara and her baby from an attack, she begins to sense he is anything but your typical loner and soon realizes her life will never be the same whether he stays or goes. Now, because of Clara’s efforts to keep Lonesome Wolf from leaving, they must deal with the hatred of ignorant people, putting their lives at risk.

If this were merely a romance novel, the story would end with the cementing of her relationship with Lonesome Wolf. But Webb’s book is not your ordinary romance. Instead, her book combines Christian values, historical facts, romantic tension, and cultural intrigue to create a compelling story filled with fully developed and highly believable characters.

If you’re want to feel the raw tensions of a romantic novel embellished by masterful descriptions of a credible frontier setting, grab a copy of Lanna Webb’s latest book. You’ll love the flood of emotions, and like me, you’ll eagerly anticipate the next book in the Klein Creek series.
Read more
2 people found this helpful
Helpful
Comment Report abuse

Carolyn Bolling
5.0 out of 5 stars excellent
Reviewed in the United States on May 10, 2019
Verified Purchase
this is an excellent book. I cannot say enough good things about it. It will be one of my all time favorite fiction books. I just hope she writes another real soon, I would love to hear Reynold's story. It is so good to find a clean book about an Indian romance.
Read more
One person found this helpful
Helpful
Comment Report abuse

Carter
5.0 out of 5 stars Loved it!
Reviewed in the United States on July 4, 2019
Verified Purchase
This was such a fun read! The storyline was intriguing, and you’ll grow to truly love the characters. I couldn’t put it down!
Read more
Helpful
Comment Report abuse

Green Fire
5.0 out of 5 stars Wonderful Story
Reviewed in the United States on October 17, 2019
Verified Purchase
I loved this story!!! It's so a good one. I can't till the next one!
Read more
Helpful
Comment Report abuse

Kristin
5.0 out of 5 stars Could not put it down
Reviewed in the United States on September 5, 2018
Verified Purchase
What a wonderful historic romance! I was transported to the Texas frontier and found a kindred spirit in the feisty, red headed heroine. Looking forward for the next book in this series!
Read more
One person found this helpful
Helpful
Comment Report abuse

Jim Way
5.0 out of 5 stars Good, well written book.
Reviewed in the United States on September 25, 2018
Verified Purchase
This is a book set in the history of Texas that deals with the prejudices towards the Native Americans. Very good plot twists and turns.
Read more
Helpful
Comment Report abuse

laura h.
5.0 out of 5 stars Great read!
Reviewed in the United States on August 30, 2018
Verified Purchase
I couldn't put this book down, it was a captivating story. I am excitedly awaiting more books from this author, especially Book 2 of the Klein Creek series!
Read more
One person found this helpful
Helpful
Comment Report abuse

C Snyder
5.0 out of 5 stars Great Read!
Reviewed in the United States on October 14, 2018
Verified Purchase
Though this story is set in an era that we can only imagine thanks to Webb’s accurate history and descriptions of the desolate Texas range, the message is timeless. Webb weaves a beautiful narrative about tolerance, acceptance, forgiveness, and the importance of communication that is as relevant now as it was in 1867.
Read more
One person found this helpful
Helpful
Comment Report abuse
See all reviews