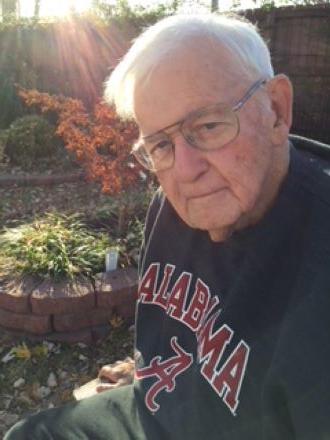 Start reading Long Road To Abilene: The Western Adventures of Cade McCall on your Kindle in under a minute.

4.4 out of 5 stars
4.4 out of 5
391 global ratings
How are ratings calculated?
To calculate the overall star rating and percentage breakdown by star, we don’t use a simple average. Instead, our system considers things like how recent a review is and if the reviewer bought the item on Amazon. It also analyzes reviews to verify trustworthiness.
Top reviews

Michael Gallagher
HALL OF FAME
4.0 out of 5 stars Enjoyable Read
Reviewed in the United States on September 5, 2016
Verified Purchase
This book is not your traditional Western where you have a good (or bad) guy with a definitive action item the needs to be completed such as stopping cattle rustlers or the bad guy from taking over a ranch or solving a mystery: it is more of an autobiographical tale of a young man starting at the Civil War and some of his adventures.

The writing style is casual with dialogue that adds to the storyline without just being a lot of words to fill up the space, and the author does a good job of building up his main character and having you visualize the scenes and people he comes across throughout the story. I picked this up for just 99 cents in the Kindle store and certainly received more than 99 cents worth of entertainment value out of it: I’m looking forward to reading more from Mr. Vaughan.

MajB
5.0 out of 5 stars A roundabout road indeed
Reviewed in the United States on October 25, 2017
Verified Purchase
It was indeed a long road from a naive young southern farm boy's home to back to new home in TX by way of the war, the sea, & a cattle drive to Abilene. i found it well written, and accurate to the times. Our family had a lot of bits of written history, telling of times from just after the war in the south, ,coming to TX,NM, finally to CA, (but not involving the sea) all of which checked out as accurate, & having grown up on those stories & verbal recollections of a a great, great grandmother who died at 102 when I was a kid, his descriptions of life then were much the same, & I thoroughly enjoyed this book. The battle description was rather graphic, but real; the author was in the military himself, & doubtless had some first hand experience to drawn on, although the time periods were around a 100 years apart. The characters are drawn as real people. Heroes are not "perfect", just mainly good, or trying to be that way, while just trying to live their lives. This is the first of a book series. but the story stands alone, the drive completed. The next one about the next segment of Cade's life is sounding interesting
Read more
2 people found this helpful
Helpful
Report abuse

Bevan
3.0 out of 5 stars Unlikely but OK
Reviewed in the United States on February 23, 2018
Verified Purchase
This is an interesting enough - but highly unlikely - read.
If I take as authentic the general gist and mentions of historical occasions - I applaud the author's research.
The beginning indicates that it will be the story of how a cattle baron got to be where he was - but the story wanders through a range of improbable situations to have happened to one person in the same time period but then stops before getting to the crux of the matter .... apparently there's a follow-up book to explain WHAT / HOW that happened.
The general storyline reads OK but much of the dialogue comes across as rather awkward and stilted.
STILL - for what there was of it ---- a good read!

Jeff Benham
5.0 out of 5 stars A touch of L'Amour?
Reviewed in the United States on October 30, 2017
Verified Purchase
New author and Character for me. #1 of a trilogy, which is good news, because there are two more to look forward to. The Western Adventures of Cade McCall is exactly what the title says. The story starts in 1927 with the 84 year old McCall telling his story to his biographer. Starting when he was 19 years old and left his fiance to join the Confederate army and ends with his cattle drive to Abilene. As the title also states, that is a long road! Along the way we get to share many adventures and meet some colorful characters, and also some surprises. If you like westerns, you are sure to like this one.
Read more
2 people found this helpful
Helpful
Report abuse

Anne Mitchell
5.0 out of 5 stars Delight for western enthusiasts!
Reviewed in the United States on November 8, 2016
Verified Purchase
This is a very entertaining and captivating story about life and adventures of Cade McCall. It has a great sense of realism and very interesting characters. The characters are so real and the descriptions are terrific. All in all a very exciting, action packed western.
I'm glad I’ve decided to give this one a try as this book is truly a delight for western enthusiasts!
Read more
9 people found this helpful
Helpful
Report abuse

Don Williams
5.0 out of 5 stars The Call of Western History
Reviewed in the United States on May 31, 2017
Verified Purchase
Seeing the author's name was enough to persuade me to buy and read this book. I like reading history. Not all history is confined in dry old text books. Good historical fictional books, as Robert Vaughan produces, can be a source of valid history.

This author has done valid research and presented history in the form of good fiction. Many readers may find this book somewhat trite, I offer my opinion that many author's have studied the history of the West and that history has become part of the fabric of our society.

Conflict is the basis of all literature. Weather good against evil, man against nature, father or mother against son or daughter, it is the job of a good author to form conflict into an interesting story. Mr. Vaughn never disappoints.
Read more
One person found this helpful
Helpful
Report abuse

James Kreinhop
4.0 out of 5 stars Fast read
Reviewed in the United States on January 24, 2017
Verified Purchase
I gave this book four stars because that is the highest rating I have. The only five star book I have ever read is "Catch 22". This is a book that you can't put down. It is an adventure in the grand style. It is true that the adventures are somewhat predictable, it is also true they are highly entertaining. I think that anyone who enjoys reading would like this book.
Read more
4 people found this helpful
Helpful
Report abuse

Joe Corso
5.0 out of 5 stars Exciting and Well Written Western.
Reviewed in the United States on October 28, 2017
Verified Purchase
This was a very well written and exciting book. I’ve read a number of Robert Vaughan’s western’s and i’ve enjoyed them all. This one is not the exception. The story flowed nicely and the characters were all well developed. well written stories of the Roman Legions and westerns are my favorite genres and Vaughan’s book was what I was looking for and he didn't disappoint.

Hereward Sporke
4.0 out of 5 stars Good discovery!
Reviewed in the United Kingdom on December 2, 2019
Verified Purchase
I stumbled across Robert Vaughan and his Cade McCall Adventures by accident. I don't often read "Westerns" so was very surprised to find how much I enjoyed this tale. I'm very much a Lee Child/David Baldacci /Michael Connelly fan - this made a refreshing change of genre for me, so much so I'll search out 2nd in series. Very enjoyable read!
Read more
Report abuse

Mr. J. C. Sutton
5.0 out of 5 stars Western adventure
Reviewed in the United Kingdom on October 25, 2017
Verified Purchase
Thoroughly enjoyed this old fashioned tale of the American west.
No fancy gunslingers here but old fashioned grit and decency.
A solid story of the drive to open up the old west with the hardships and good times in equal measure.
Looking forward to the next episode.
Read more
Report abuse

Meglucy
5.0 out of 5 stars Wild west
Reviewed in the United Kingdom on February 1, 2018
Verified Purchase
I am not really a reader of western stories but this book held my attention from start to finish. Indeed I didn't want it to end. Well written and very enjoyable.
Read more
Report abuse

Timo3
5.0 out of 5 stars Yippee-ki-yay!
Reviewed in the United Kingdom on December 11, 2017
Verified Purchase
A rip rattling good yarn. A classic western novel.
Says it all, really. Read it - I don't believe you'll be disappointed.
Read more
Report abuse