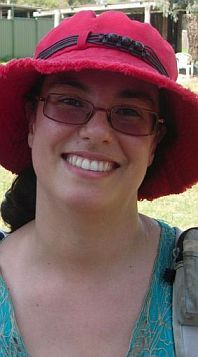 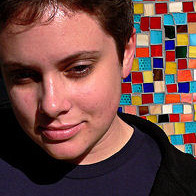 4.3 out of 5 stars
4.3 out of 5
36 global ratings
How are ratings calculated?
To calculate the overall star rating and percentage breakdown by star, we don’t use a simple average. Instead, our system considers things like how recent a review is and if the reviewer bought the item on Amazon. It also analyzes reviews to verify trustworthiness.
Top reviews

Paige G.
3.0 out of 5 stars Short Stories from the untold side of history
Reviewed in the United States on May 17, 2017
Verified Purchase
​Rating: 3/5

Favorite Quote: "I am the master of my fate, I am the captain of my soul"

"In 1514 Hungary, peasants who rose up against the nobility rise again – from the grave. In 1633 Al-Shouf, a mother keeps demons at bay with the combined power of grief and music. In 1775 Paris, as social tensions come to a boil, a courtesan tries to save the woman she loves. In 1838 Georgia, a pregnant woman's desperate escape from slavery comes with a terrible price. In 1900 Ilocos Norte, a forest spirit helps a young girl defend her land from American occupiers.

These gripping stories have been passed down through the generations, hidden between the lines of journal entries and love letters. Now 27 of today's finest authors – including Tananarive Due, Sofia Samatar, Ken Liu, Victor LaValle, Nnedi Okorafor, and Sabrina Vourvoulias – reveal the people whose lives have been pushed to the margins of history. " - back cover blurb provided by Amazon

This might not be everyone's cup of tea, but for those who love to read about history whether it be fictional or nonfictional. This book is a series of short stories that are historical fiction and also blur the lines between reality and fantasy. For the most part I loved this book. I loved the different takes on different historical points and I loved how the authors Incorporated fantasy elements into the stories, but I had a lot of issues with this series.

Overall about half of the stories were very enjoyable and exciting and you might like some of the ones I didn't! That's the joy of books: no one reads the same book twice.

SK Nash
5.0 out of 5 stars Definitive collection of speculative fiction for a global audience.
Reviewed in the United States on March 25, 2015
Verified Purchase
So many voices, so many stories. I contributed to the Kickstarter for this book, and it was well worth it. These are stories from the non-western, non-anglicized world. Told in voices I'd never heard before, some stuck fast and I couldn't get them out of my head. All of the stories are speculative. Some are terrifying, others tell tales of loss, the aftermath of war, ghosts, the love of home and family. Each story is illustrated by talented artists and the cover is gorgeous. It's a fantastic collection. Buy two, because you're going to wear one out.
Read more
2 people found this helpful
Helpful
Report abuse

Arlana B.
5.0 out of 5 stars My favorite book this year
Reviewed in the United States on December 5, 2020
Verified Purchase
Loved all of the stories. Hated putting this down.
Read more
Helpful
Report abuse

Fofoye
5.0 out of 5 stars LOVED EVERY MINUTE OF IT!!
Reviewed in the United States on February 22, 2015
Verified Purchase
I loved every story. Reading this anthology was so wonderful, it actually got me into short stories, which hasn't always been my thing. Most importantly, reading stories from diverse authors with unique perspectives was wonderful. There aren't enough books published out there by people of color. This was is a true winner. Get it. You won't regret it!!
Read more
Helpful
Report abuse

I highly recommend this book to anyone, fantasy lover or not.

E A M Harris
5.0 out of 5 stars An excellent collection
Reviewed in the United Kingdom on July 6, 2014
Verified Purchase
This is a fascinating and wide ranging collection. The stories draw on folklore and horror more than sci fi or fantasy and have settings round the globe and over several centuries. The Ottoman Empire, colonial India, post WW1 Wales are just some of the places visited. Demons, witches, shape-shifters and ogres are among the creatures met. The human characters are musicians, seamstresses, miners, ex-slaves, refugees and others on the margins of the societies they live in. Their lives are vividly imagined and well described; the stories are well constructed.
My only criticism of the collection is that many of the stories, although written by different people, have very similar voices. This is, presumably, a reflection of the editor's preferences.
I found some of the stories required work on the part of the reader to understand fully what was going on – but this is not a criticism, there's no reason short stories should be easy to read. I recommend this book to anyone who likes something different.

Inge Faber
5.0 out of 5 stars I'd recommended it for the different type of stories alone
Reviewed in the United Kingdom on June 11, 2014
Verified Purchase
I didn't know what to expect of this when I bought it, but I'm glad that I did! This book gave me that old fairy tale feeling I had growing up when my dad read me stories, except that these stories star characters in lead roles that normally don't even make it in and the narratives are different from what I'm used to as well. I love how it's got stories from non-European and non-(Western)classical perspectives. It's fresh and it's magical, and the world needs more of these.
Read more
One person found this helpful
Report abuse

E. Simovic
4.0 out of 5 stars Really good mix of stories
Reviewed in the United Kingdom on May 7, 2016
Verified Purchase
Really good mix of stories, set in some interesting time periods. I think my favourites were S. Lynn – “Ffydd (Faith) and L.S. Johnson – “Marigolds”
Read more
Report abuse
See all reviews
Pages with related products. See and discover other items: speculative fiction
Back to top
Get to Know Us
Make Money with Us
Amazon Payment Products
Let Us Help You
EnglishChoose a language for shopping. United StatesChoose a country/region for shopping.
© 1996-2021, Amazon.com, Inc. or its affiliates